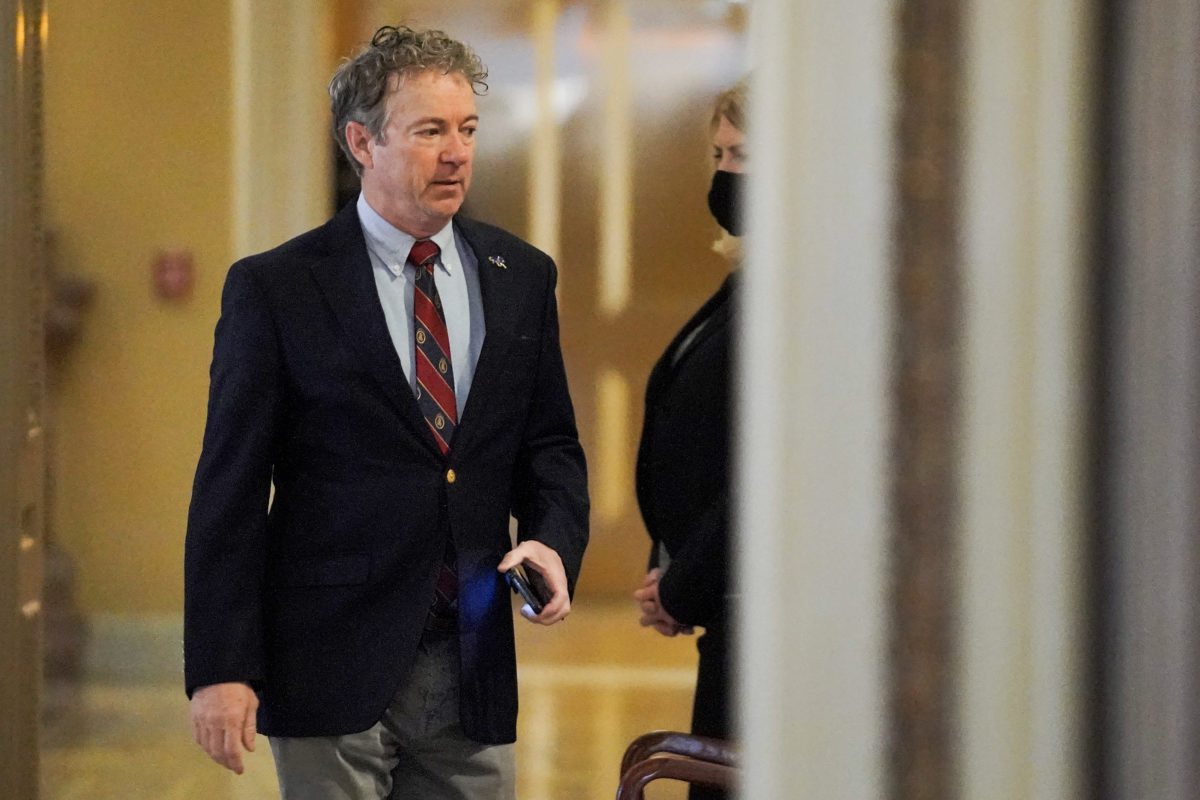 Senate Democrats have included $1 billion in supplemental aid to Israel’s Iron Dome missile-defense system in their proposed 2022 defense appropriations bill released on Monday afternoon, an alternative path to passing the Iron Dome funding amid stalled efforts to pass it independently.

A House bill providing the supplemental funding has yet to pass the Senate due to an objection from Sen. Rand Paul (R-KY), who wants the bill amended to strip aid from Afghanistan and reallocate some of that aid to Iron Dome. Without Paul’s support — legislators backing the funding had pushed for unanimous consent on the measure — the funding cannot pass quickly through the Senate floor on its own.

A source close to the Senate appropriations committee members told Jewish Insider that the appropriations process is a “backup plan” to efforts to pass the funding on the floor, and does not foreclose the possibility of Senate Majority Leader Chuck Schumer (D-NY) filing cloture on the bill — a process to limit debate and move toward a vote on a measure — to push past Paul’s objection and hold a floor vote. But, the individual said, Democrats believe the appropriations legislation will put further pressure on Republicans to push Paul to lift his hold and allow the funding to pass more quickly.

“If Senator Paul continues blocking swift passage of the Iron Dome supplemental, we will pursue other means, including the appropriations process to get it done,” Schumer explained to JI.

A Senate floor source told JI that Democrats will be “taking the [Republicans’] temperature this week” following this announcement.

“There is broad, bipartisan support to provide immediate funding for Iron Dome, and we are working to ensure that this critical assistance is adopted as soon as possible,” AIPAC spokesperson Marshall Wittmann told JI. “The inclusion of Iron Dome funding in the proposed Senate defense appropriations bill is a strong signal of determination to provide this essential support.”

Neither the cloture path nor the appropriations path would be speedy. Cloture consumes floor time, and Democrats are facing looming deadlines on several high-priority measures including infrastructure, social spending, government funding and the debt ceiling. It’s unclear when or if the defense appropriations bill will come to a vote, given the Senate’s packed schedule for the remainder of the year and Republican opposition to the Democrats’ government funding plans.

Senate Republican leaders indicated Monday that Democrats’ proposed appropriations bills are unlikely to have enough Republican support to pass in their current forms. Should the Senate not reach the 60-vote threshold, Congress would be forced to pass another continuing resolution, holding spending at 2021 levels. In such a scenario, Iron Dome funding would have to be approved separately.

The $1 billion Iron Dome supplement included in the bill is in addition to another $500 million for Israeli missile-defense programs, as provided to Israel annually under the terms of the 2016 Memorandum of Understanding.

Over the weekend, Charles Booker, a progressive Democrat challenging Paul for his Senate seat, blasted Paul’s objections to the Iron Dome funding, accusing him of “playing political games with people’s lives” and “pit[ting] our allies against each other.”

In response Monday afternoon, Paul campaign senior advisor Doug Stafford slammed Booker as “a darling of the antisemitic left” and accused him of “making a false equivalency between the blood-thirsty terrorist regime in Afghanistan and our staunch allies in Israel.”

“Senator Paul supports both the Iron Dome and defunding the Taliban and using those funds to pay for the Iron Dome,” Stafford added.