Sen. Rand Paul’s staff told Jewish leaders it was up to them to convince Senate Democrats to pull Afghanistan aid 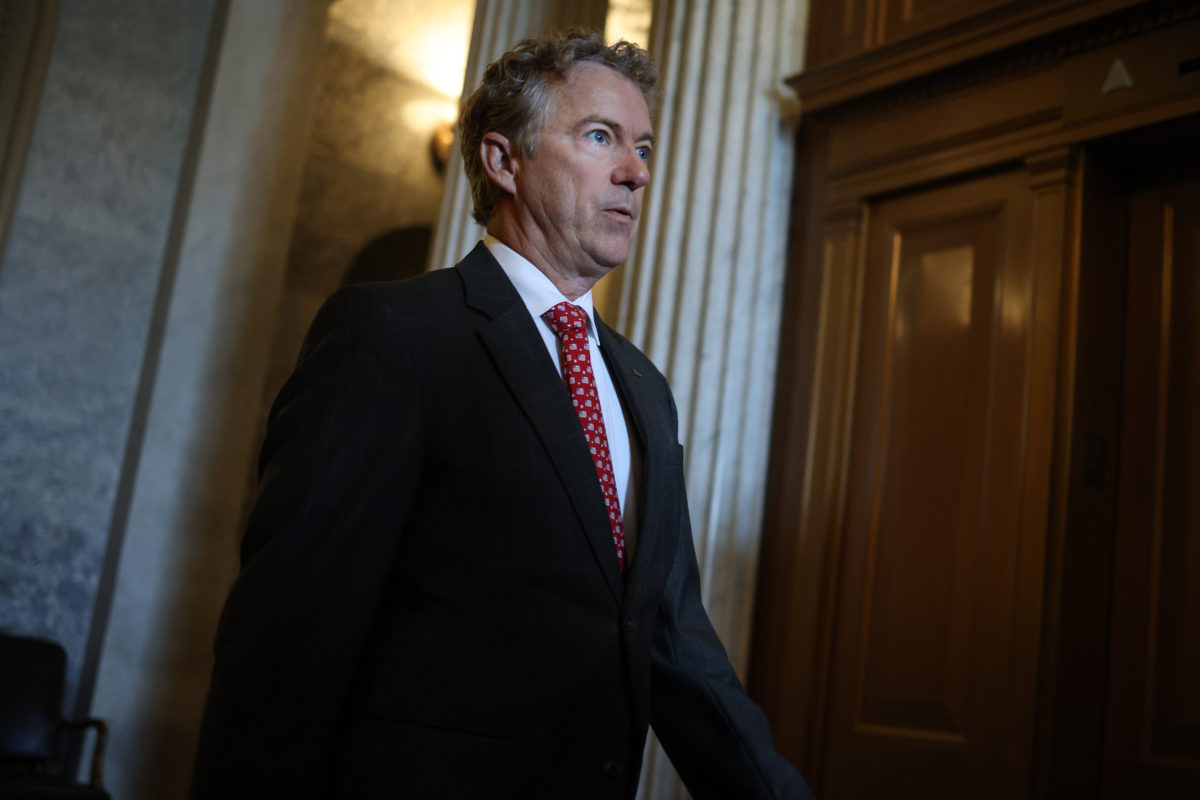 Two Kentucky Jewish leaders who spoke with Sen. Rand Paul’s (R-KY) office this week said the senator’s aides told them it was up to the Jewish community to lobby against Afghanistan aid if they wanted supplemental Iron Dome funding to move forward quickly.

Paul is the sole senator blocking efforts to quickly pass the House bill providing $1 billion in additional aid to Israel’s Iron Dome missile-defense system. He has insisted that the bill be amended to withdraw all aid to Afghanistan — which he says could end up with the new Taliban government — and reallocate some of it to Iron Dome.

“What [Paul’s office is] suggesting is it’s the Jewish community’s responsibility to convince Congress to stop funding Afghanistan, so that that money can go to Iron Dome. I’m flabbergasted by that suggestion,” Daniel Grossberg, a Jewish political activist in the state who participated in a call with Paul staffers on Tuesday, told Jewish Insider. “These are two unrelated issues. They are suggesting that the Jewish people are responsible for defunding potential terrorism in Afghanistan in order to secure their existence in the Jewish homeland.”

Mindy Haas, executive director of the Lexington-area Jewish Federation of the Bluegrass, who was also on the call, echoed Grossberg’s assessment of the message conveyed by Paul’s staff.

Grossberg added that Paul’s staff failed to provide a satisfactory explanation of why the senator was linking the two issues.

“[Paul’s state director, Rob Givens,] kept reiterating that the senator’s stance is clearly supportive of Iron Dome, but he is quite insistent on marrying it to defunding Afghanistan,” he said. “They couldn’t give me any good explanation of what one has to do with the other.”

“I didn’t take it as antisemitic,” he added. “I just can’t understand what the senator’s justification [is].”

Grossberg told JI earlier this week that “it’s not easy being a Jew in politics in Kentucky,” while another Jewish political activist, Rabbi Shlomo Litvin, said there has been “extraordinary antisemitism” within the Libertarian Party of Kentucky, with which Paul has ties, “so it’s not surprising to see that those associated with the Libertarian Party of Kentucky are hearing antisemitic voices.”

Paul’s office has been reiterating to interested constituents the same points he’s made in Senate speeches on the issue, a source familiar with the matter told JI.

“The only alternatives to my plan to pay for Iron Dome funding are to either continue to print money, the inflationary effects of which will result in an effective tax increase on every American, or borrow even more money from Communist China,” Paul has said in a message sent to constituents that was shared with JI. “I proposed a different solution: funding Iron Dome by defunding the Taliban… will continue to make the case to my colleagues that funding Iron Dome by defunding the Taliban is the best way to strengthen the United States, Israel, and our partnership.”

Paul’s actions are also garnering criticism from the House Democrats who led the charge on the standalone Iron Dome funding bill.

“Just as I denounced the political stunts in the House by members of my own party, I denounce the Republican opposition to passing the funding for Iron Dome in the Senate,” said Rep. Elaine Luria (D-VA) — who urged senators not to tie Iron Dome funding to other issues in an interview with JI last month. “We must honor our commitment to Israel and drop these stalling tactics before it’s too late.”

Rep. Brad Schneider (D-IL) told JI earlier this week that Paul’s actions are “abhorrent” and he should “let it go.”