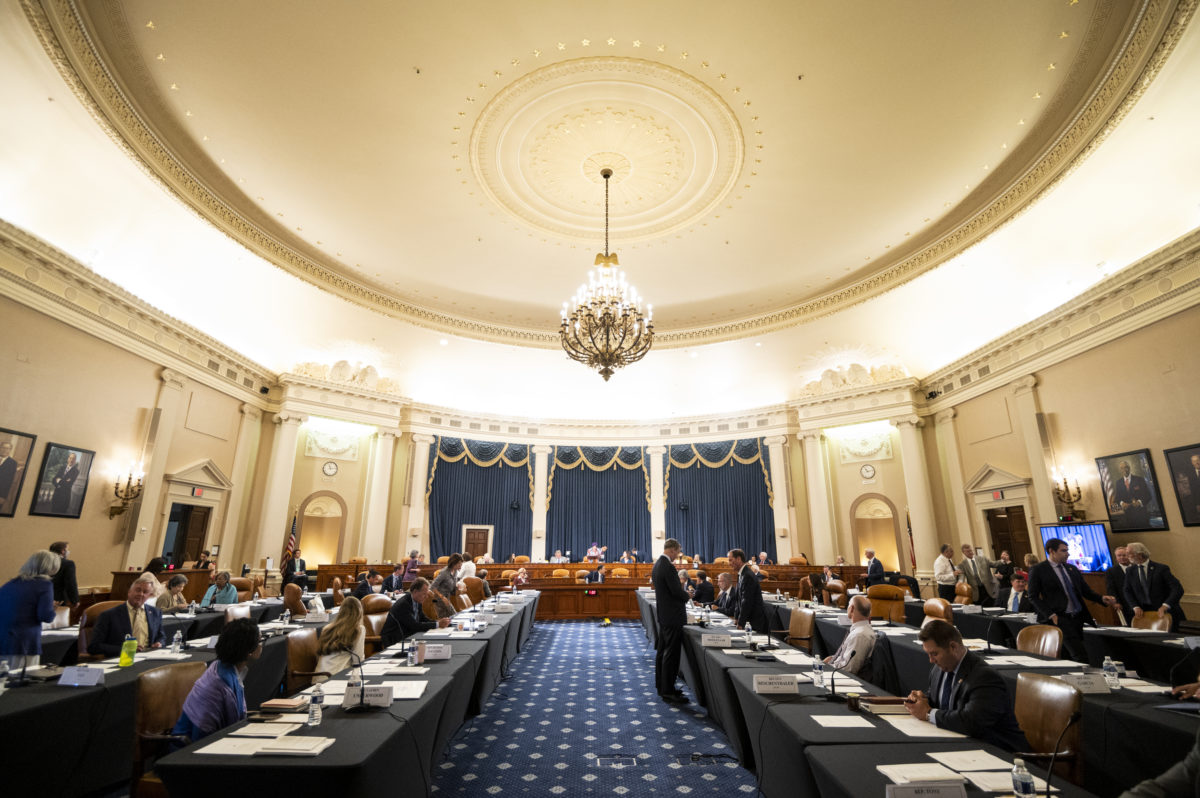 The House Appropriations Committee is proposing a budget that more than doubles the funding previously given to support Palestinian projects and aid while adding a number of conditions to security aid to Egypt, according to the budget proposal released by the committee.

The State, Foreign Operations and Related Programs bill, which the full committee will vote on today, appropriates at least $225 million in aid for the West Bank and Gaza — a $150 million increase over 2021 funding and $40 million more than what President Joe Biden had requested in his budget.

“[Democratic lawmakers] want to reestablish ties with Palestinians,” explained David Schenker, a senior fellow at The Washington Institute for Near East Policy and the former assistant secretary of state for near Eastern affairs. “I think they obviously didn’t agree with the Trump administration’s approach and had wanted to go back to a more traditional funding model for the U.S. and the Palestinians.”

Trump had entirely cut off aid to the Palestinians.

Both Schenker and Sander Gerber, the CEO of Hudson Bay Capital and a key figure in crafting the 2018 Taylor Force Act — which restricts aid to the Palestinian Authority as long as it continues payments to the families of individuals who carry out terror attacks — said they believe that the funding is unlikely to make it through Congress at the current level.

Republicans in particular have expressed concerns that aid given to the Palestinians could end up in the hands of terrorists or terrorist groups.

“[Passage] requires House and Senate leadership of both parties to agree,” Gerber emphasized.

“At the end of the day, it’s a pretty slim margin,” Schenker added. “I think that a lot of the concerns haven’t been satisfied… so they’re going to have to fight it out. But we’ll see if we know how hard the administration pushes.”

The State and Foreign Operations subcommittee did not vote on any amendments during its brief meeting about the bill on Monday, but Republicans indicated that they plan to dispute the Palestinian aid levels during the full-committee meeting today.

The Palestinian Authority has implemented new rules tightening control over non-governmental organizations, Gerber explained. “All NGOs are effectively under PA control, which means that to the extent you give money to any Palestinian NGO, you are in violation of the Taylor Force Act,” he said.

The State and Foreign Operations and Defense funding bills also include a total of $3.8 billion in aid to Israel — fully fulfilling the annual requirements set forth in the 2016 Memorandum of Understanding — without any added conditions.

Additionally, the bill adds a raft of conditions to portions of U.S. military aid to Egypt, linking pieces of the aid to reforms on rule of law and civil rights, the country’s justice system and the treatment of American citizens in Egypt; compensation for American citizens injured by the Egyptian military; and increased U.S. access to monitor how the funding is used.

“I don’t think it’s surprising. There are many on the Hill, both Republicans and Democrats, who have expressed dismay with Egypt’s human rights record,” Schenker said. “There’s [also] a big concern about the treatment of American citizens in Egypt and particularly wrongfully detained Americans.”

He added that the status of the Muslim Brotherhood — Egypt considers it a terrorist organization while the U.S. does not — has created questions and controversy surrounding political prisoners and freedom of speech issues.

Schenker argued that such conditions on Egyptian aid have, historically, not worked to alter Egypt’s treatment of human and civil rights. When the Obama administration tried to leverage aid, Egypt bought more Russian military equipment.

“I don’t think many on the Hill were pleased with that either,” he said. “But it’s no surprise they’re going to try to condition it.”

Rep. Hal Rogers (R-KY), the ranking member of the State and Foreign Operations subcommittee, expressed dismay during the subcommittee meeting about the added conditions, highlighting Egypt’s key role in brokering the recent cease-fire between Israel and Hamas.

“I hope the chair will work with us to make sure that the conditions on aid to Egypt do not prevent funding from reaching one of our most reliable partners in the region,” Ranking Member Kay Granger (R-TX) added.

Schenker and Gerber both said they believe the conditions on Egyptian aid are also unlikely to make it through Congress.

“Everyone understands that Egypt is a solid U.S. ally,” Gerber said. “And what happens is Congress enables legislators to make statements that are important to them or important to their constituents but it doesn’t really affect U.S. policy.”

Schenker also emphasized that Israel has also historically supported — and sometimes even lobbied for — U.S. aid to Egypt to help preserve the Camp David Accords.