The uptick, campus professionals say, is tied to both the virtual learning environment and Israel’s recent conflict with Hamas 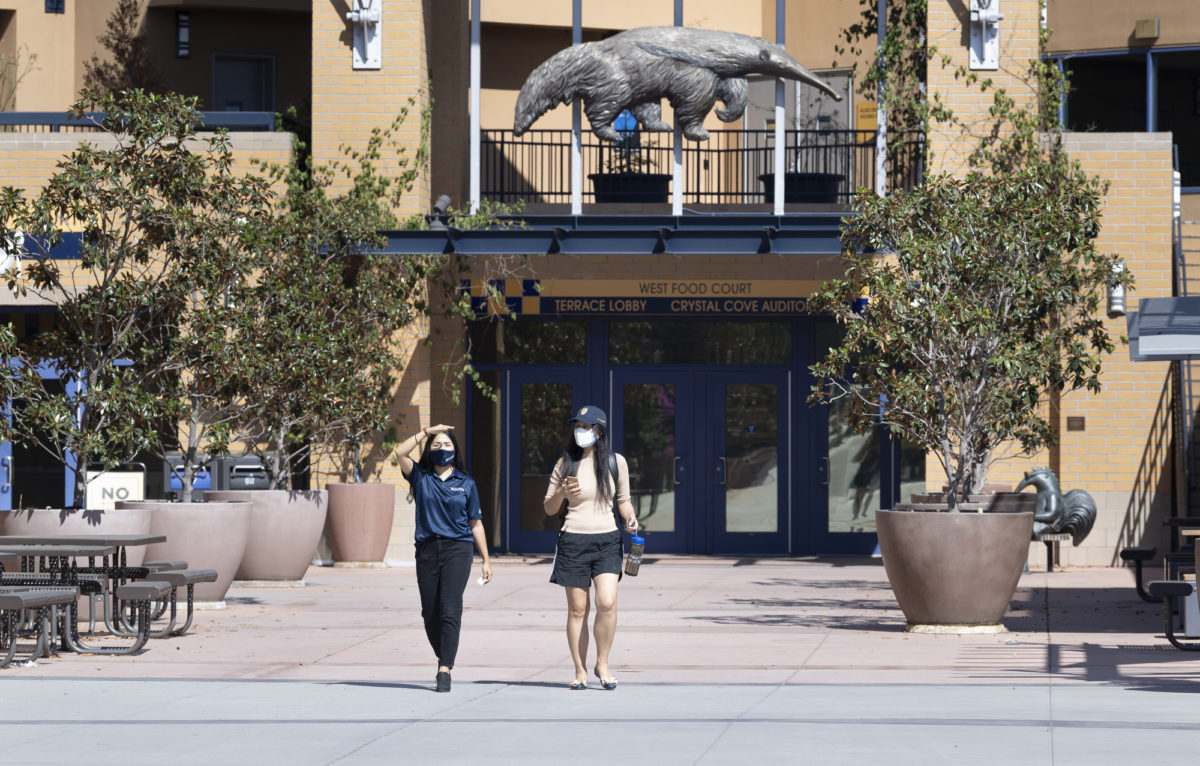 Two women walk through a mostly empty campus at the University of California, Irvine in Irvine, CA on Friday, October 2, 2020.

Amid an uptick in anti-Israel activity on college campuses nationwide, student governments on two University of California campuses debated Boycott, Divestment and Sanctions resolutions this week. Two other student governments within the University of California system are debating issuing statements condemning Israel over the recent conflict between Israel and Hamas in Gaza.

The debates come at a time when campus anti-Israel activity is on the rise, despite many universities operating remotely due to COVID-19 restrictions. Most student government hearings have shifted to virtual settings, allowing for a broader range of viewers and participants.

Many student governments and universities have struggled to adapt their meeting structures to the virtual environment, in some cases providing a platform for participants — including individuals in other states and countries — to share antisemitic content.

At a University of California, Irvine student government hearing held on Zoom and streamed on Facebook in February, speakers — students and non-students alike — from around the U.S. and Canada spoke for and against a proposed BDS resolution for several hours. One speaker, a student at the University of California, Davis, shared information about past antisemitic vandalism on campus that occured in the wake of a BDS resolution. In response, another individual — who until last fall was a Students for Justice in Palestine leader at Bard College in upstate New York — used the public comment section on the Zoom call to suggest that Jewish students had vandalized their own property.

The shift to virtual debates, although likely temporary, has concerned campus professionals. “We know that BDS resolutions are political theater,” Matt Berger, vice president of strategic action programs and communications at Hillel International, told JI, “And the concern here now is from the virtual platforms, more people are participating in this theater. And the concern is that more campuses and more activists will launch BDS resolutions in order to have a national platform, as opposed to the localized platform that they would have in person.”

The concerns appear to be warranted. The 2019-2020 academic year saw 18 anti-Israel campaigns, a mix of student government votes and campus-wide referenda. There have been 28 similar campaigns so far in the current school year, with the number continuing to increase in the final weeks of the academic calendar.

Berger noted that the open letters pose a new challenge, as the decisions are made without significant student input.

“These messages can be very problematic because there is no debate or conversation beforehand and little accountability for those who share it,” he told JI.