Power, the former U.S. ambassador to the U.N., is nominated to lead USAID 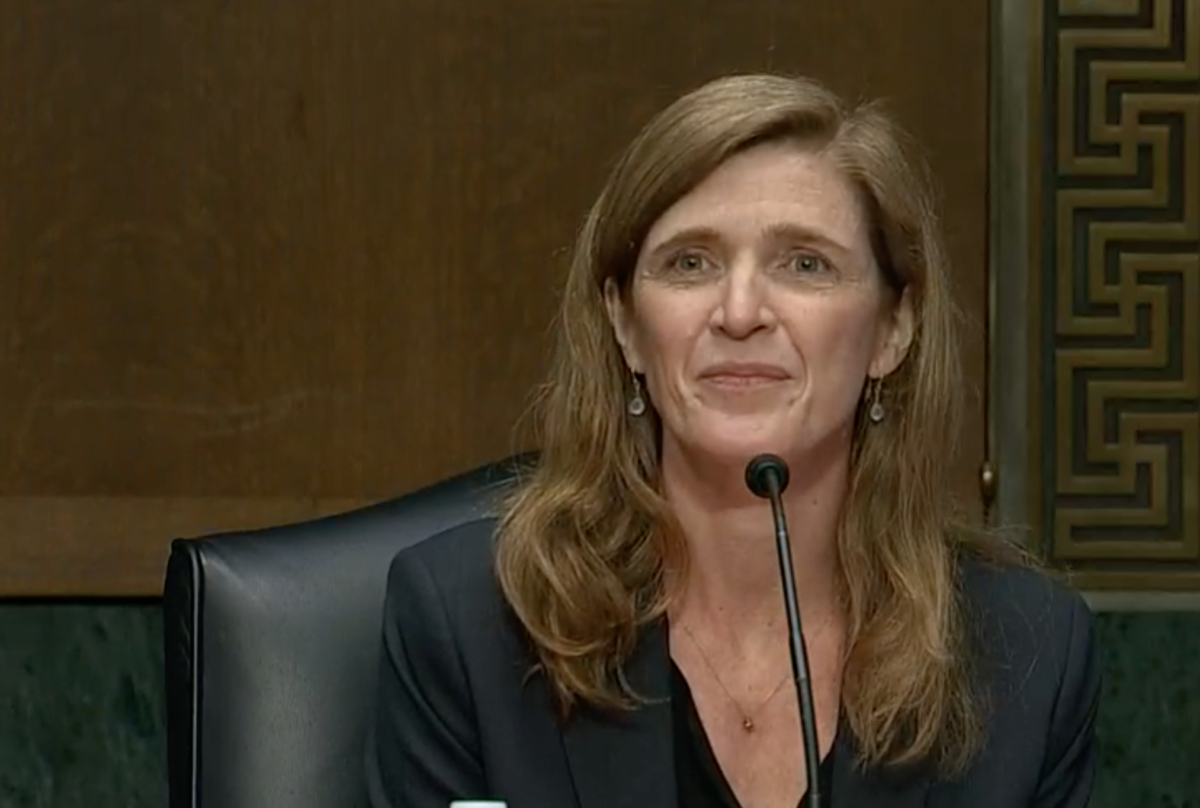 Resolution 2334 condemned the Israeli settlements in “occupied Palestinian territories,” which the resolution defined to include East Jerusalem, including the Old City of Jerusalem, as violations of international law. The U.S.’s abstention allowed the resolution to pass by a unanimous vote of the 14 other members of the Security Council.

At Tuesday’s Senate Foreign Relations Committee hearing, Sen. Ted Cruz (R-TX) questioned Power about the resolution, which he called “the most shameful moment of the Obama administration,” “a pile of lies” and “motivated by antisemitism, by hatred of Israel.”

Power repeatedly dodged Cruz’s questions about whether she personally supports the resolution, but defended the abstention as “in keeping with President [Barack] Obama’s desire to encourage the parties to avoid unilateral steps, including terrorism, incitement to violence and the building of settlements.”

“The problem with the resolution,” Power explained, “was by and large the venue, because the U.N. has been so biased.”

In response to a follow-up question from Cruz, the former U.N. ambassador said that she does not believe the Jewish quarter of Jerusalem is illegally occupied territory.

Cruz suggested that the timing of the resolution — a month after the 2016 election — was politically motivated and potentially orchestrated by the Obama administration, saying that it “was passed with, at best, the acquiescence of the United States and of you as U.N. ambassador and, at worst, the active encouragement of the Obama administration and you as U.N. ambassador.”

Power also elaborated on her two “guiding principles” with regard to Israel during her term at the U.N.: combatting anti-Israel bias and antisemitism and “preserving space for a two-state solution.”

Power also touted what she characterized as victories at the U.N. regarding Israel, including making Yom Kippur a U.N. holiday, convening the first-ever General Assembly meeting condemning antisemitism and “integrat[ing] Israel in a way that had never been before.”

“I don’t think there is a record that looks as substantial when it comes to integrating Israel,” she said.

Power added that she was “disappointed” that she did not have the opportunity to discuss her record on Israel at the U.N. with Cruz during a private pre-hearing discussion.

She was also questioned by Republican senators about whether the Biden administration’s decision to rescind the terrorist organization designation the Trump administration had placed on the Iranian-backed Houthis had worsened the humanitarian crisis in Yemen, but said she lacked the information to respond to the question.

Power, who received praise from some GOP senators during the hearing — including Cruz, who said they had “a good working relationship” — is expected to be confirmed by the Senate.