If elected, Lang says she will designate a team of assistant district attorneys to focus exclusively on tackling hate crimes 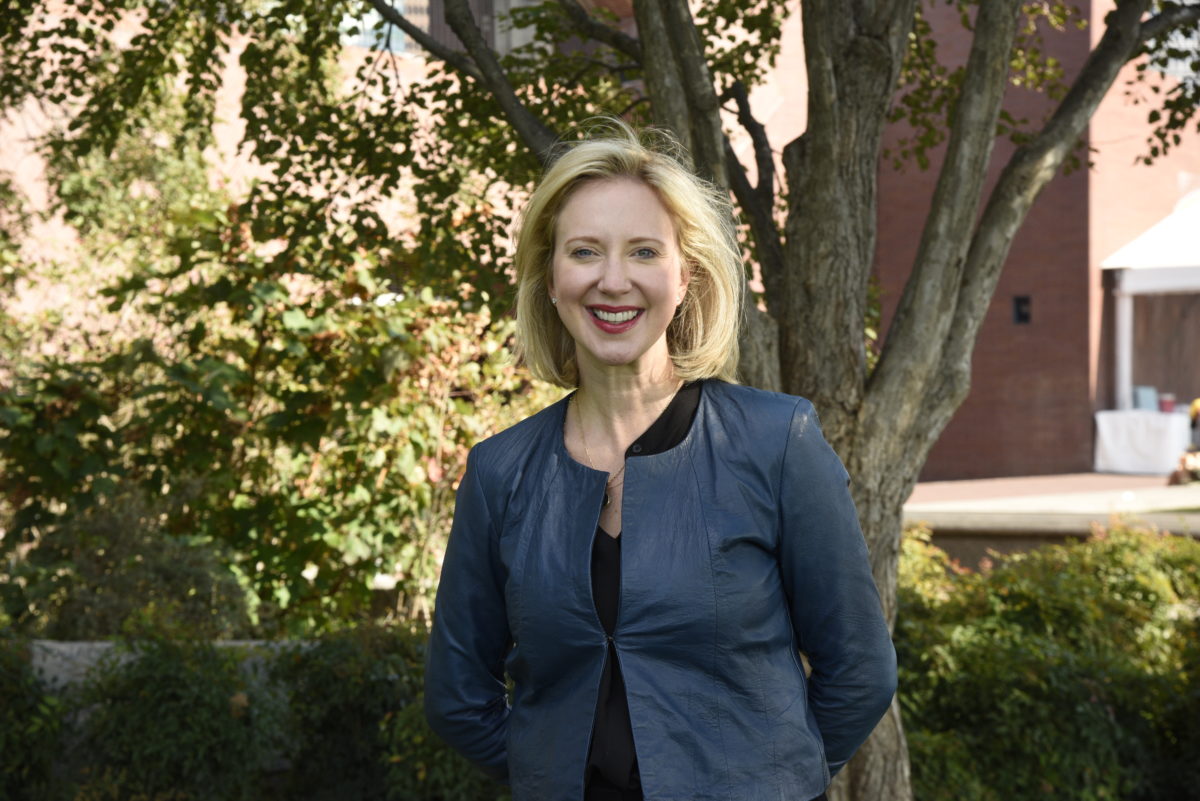 Lucy Lang, a Democratic candidate for Manhattan district attorney, will unveil a new plan today to address rising incidents of hate crimes across New York City. “As hate crimes continue to rise to record highs, the next Manhattan DA must send a strong message: hate has no home in New York City,” Lang told Jewish Insider via email. “My great-grandparents escaped antisemitic and political persecution in Hungary to come to New York City — and as the next Manhattan district attorney, I’ll fight to break the cycle of targeted hate that has harmed so many in our communities.”

The plan, which was shared exclusively with JI before being released to the wider public on Wednesday, rests on six broad bullet points that Lang believes will eradicate hate crimes against Jews, Asian-Americans and other groups that have been disproportionately targeted in recent years.

If elected, Lang says she will designate a team of assistant district attorneys exclusively focused on hate crimes and that she will work to encourage vulnerable community members, who are often distrustful of law enforcement, to report such incidents. The other goals on her list include a plan to require that staffers undergo “trauma-informed cultural humility training” as well as a broader ambition to approach hate crimes in a holistic and potentially less punitive manner.

“Being serious about hate crimes cases doesn’t mean abandoning the principles of using jail and prison as a last resort, which requires legal analysis about available sentencing options as part of charging decisions,” Lang writes in her plan. “With the consent of victims, the district attorney’s office will consider responsive sentencing, including mental health treatment and restorative justice, as possible resolutions in appropriate cases.”

David Marwell, a historian and former director of the Museum of Jewish Heritage in New York, approved of Lang’s approach. “You need to know that throwing the book at offenders is not the only solution and that getting them to read a book — or visit a museum — might have prevented the crime in the first place,” Marwell, who reviewed the plan but did not contribute to it, told JI.

Lang, a 39-year-old former assistant district attorney for Manhattan who most recently served as the executive director of the Institute for Innovation in Prosecution at John Jay College, consulted with Jewish nonprofit organizations in New York as she wrote the plan, according to Jason Novak, a spokesperson for her campaign. He declined to name the groups because they are nonpartisan and do not want to be seen as taking sides in the race.

In recent years, New York has seen an uptick in hate crimes including antisemitic graffiti and violent attacks on members of the city’s Orthodox Jewish community.

“The Jewish community has been the target of hate crimes for generations, and prosecutors have a unique role and responsibility to root out hate at its core,” Lang told JI. “Addressing this crisis head-on means fundamentally shifting how the district attorney’s office handles antisemitism and all hate crimes. This requires dedicating full-time leadership whose sole responsibility is supervising, handling and investigating hate crimes, partnering with communities to build trust and encourage reporting of these crimes, and working alongside victims to address harm and ensure accountability.”

Rabbi Irwin Kula, co-president of the National Jewish Center for Learning and Leadership, suggested that Lang’s plan is in keeping with a broader and more empathetic view of the criminal justice system. Previously, Lang created a prison class for incarcerated college students to study alongside district attorneys — an experience informing her belief in restorative justice as a means to end mass incarceration and decrease racial inequality.

“Lucy’s plan is a product of her deep listening to marginalized communities, experts in the field, victims and perpetrators,” said Kula, who has worked closely with Lang on restorative justice issues, “and her substantive understanding of the power of the DA’s office and its obligation to stop hate crimes.”

Lang is competing in a crowded field to replace longtime Democratic incumbent Cyrus Vance, Jr., who is not expected to run for reelection. Other candidates in the race include Alvin Bragg, a law professor and former federal prosecutor; Eliza Orlins, a public defender on leave from her position at the Legal Aid Society; and Tali Farhadian Weinstein, a former general counsel to the Brooklyn district attorney’s office.

Farhadian Weinstein, who was part of a New York State Bar Association task force that released a report on domestic terrorism and hate crimes last year, told JI in a July interview that she would “robustly” investigate such incidents as DA. Bragg, who recently spoke with JI, argues that the current hate crimes unit in the Manhattan district attorney’s office is understaffed and inaccessible to New Yorkers — and vows to change that if elected.

The primary is scheduled for June 22.