The spies who fought to keep the Nazis out of Palestine 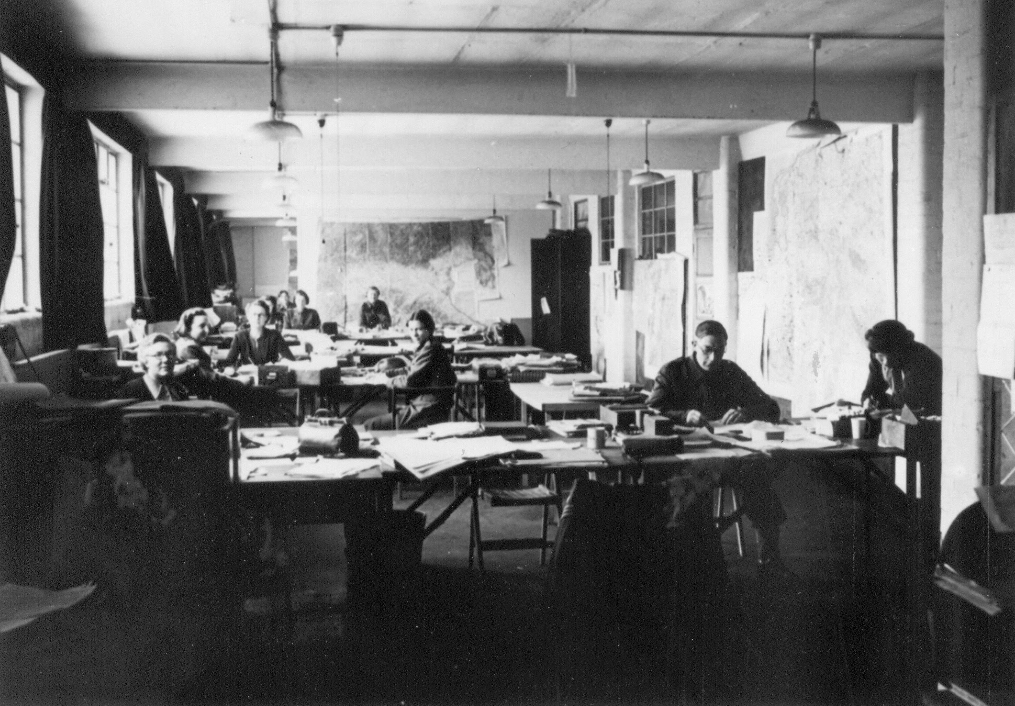 A team of codebreakers work at Bletchley Park in England during World War 11.

There were moments amid his research when Gershom Gorenberg wanted to whoop for joy inside the hushed, staid rooms of the British National Archives.

“It would not have been well thought of,” joked Gorenberg of his suppressed instinct. But it was still hard to contain his excitement each time he uncovered a key detail to piecing together his latest book, War of Shadows: Codebreakers, Spies, and the Secret Struggle to Drive the Nazis from the Middle East, which hits shelves today.

Gorenberg, an Israeli-American journalist, author and Washington Post columnist, spent five years criss-crossing the globe from Rome to London, Cairo and California to gather materials and evidence for his research. He sifted through archives and documents as he worked to uncover the mystery that lies at the center of War of Shadows, which spotlights the lesser-known Nazi incursions into the heart of the Middle East. With the cadence of a spy thriller and a wide and varied cast of characters that can be hard to keep straight, Gorenberg takes readers on a journey to the center of World War II’s less-explored battlefront.

“There is sort of a layer of ignorance over the war in the Middle East” during World War II, Gorenberg told Jewish Insider in a recent phone interview from his home in Jerusalem. “Even when people are aware of the Middle East being a warzone… there’s a Europe-centered view of the war that the entire population here was absent, and there were just armies.”

The reality, said Gorenberg, was quite different. As he recounts in the 482-page book, there were moments in the early years of the war when “very suddenly it seemed that the Nazis could come from the west through Egypt, or the north through Syria, or from the air,” bringing them straight to the borders of Mandatory Palestine and its hundreds of thousands of Jews.

At the heart of War and Shadows are the men and women who spent the war not on the battlefront, but far in the background, tracing, intercepting and cracking encrypted messages to gather the intelligence that enabled Allied forces to halt the Nazi invasion into the Middle East. Much of the action in the book focuses on Bletchley Park, a sprawling mansion in the English countryside that housed the top-secret British efforts to seize and decode Nazi missives.

“I had to do a really deep dive into understanding the particulars of the cryptography that was involved in World War II,” recounted Gorenberg of his research. He pored over “British archives, American archives… detective work that led me to the homes of children and grandchildren of people who’d been involved who had papers in their attics that they’d never looked at.”

Gorenberg conducted only a handful of interviews for the book, since most of the relevant figures are no longer alive. But he did sit down with both journalist and novelist Haim Gouri, a former member of the Palmach, and Uri Avnery, a former Knesset member who served in the Irgun. The two men, who both died in 2018 at age 94, “were able to tell me about what the period was like in Palestine.”

It is not widely known, Gorenberg posited, “the extent to which during that period, people really expected the Nazis to be invading at any moment.”

Gorenberg’s book is chock-full of stories and anecdotes that may come as a surprise even to avid consumers of history of both World War II and the Middle East. In 1940, for example, Italy carried out a series of bombing raids on Tel Aviv and Haifa, killing more than 200 people. And former IDF Chief of Staff Moshe Dayan received his iconic eye patch after losing his sight in a 1941 battle against Vichy French forces in Lebanon.

Gorenberg has several theories as to why many of these stories are far less discussed today than those from the battlefronts of Europe.

“The greater-than-life powerful images of D-Day and the battles of Europe obscured what came before it,” he said. “It’s sort of like people remember the end of the story without remembering the beginning of it.”

The book also touches on some of the atrocities committed during the Holocaust against Jews in the Middle East, which Gorenberg believes are also largely overlooked. Libyan Jews under Italian rule were shipped off to concentration camps, Tunisian Jews suffered under Vichy French rule and in Iraq, the Farhood pogrom of 1941 against Baghdad’s Jews left several hundred dead, “the least known, least acknowledged victims of Nazism.”

“I think it’s important to remember that [Europe] was not the borders of the Holocaust,” said Gorenberg. “These are also parts of the history of this period that we should remember… I think it’s critical, out of respect for understanding our own history, to include that in our story.”

In addition to telling a tale of espionage, Gorenberg believes his book serves a greater purpose.

“I feel like one of the important things I was doing was bringing out this suppressed memory,” he said. Had German General Erwin Rommel won the battle of El Alamein in Egypt in 1942, said Gorenberg, “the fate of the Jews of the Middle East would have been entirely different. We would not be having this conversation in Jerusalem, probably, if it weren’t for the intelligence breakthroughs at Bletchley Park and an incredible heroic event at El Alamein. And I think that’s part of our history that we should know.”