In a pitch to the Republican Jewish Coalition, the Georgia senators pledged to act as a buffer to the incoming Biden administration 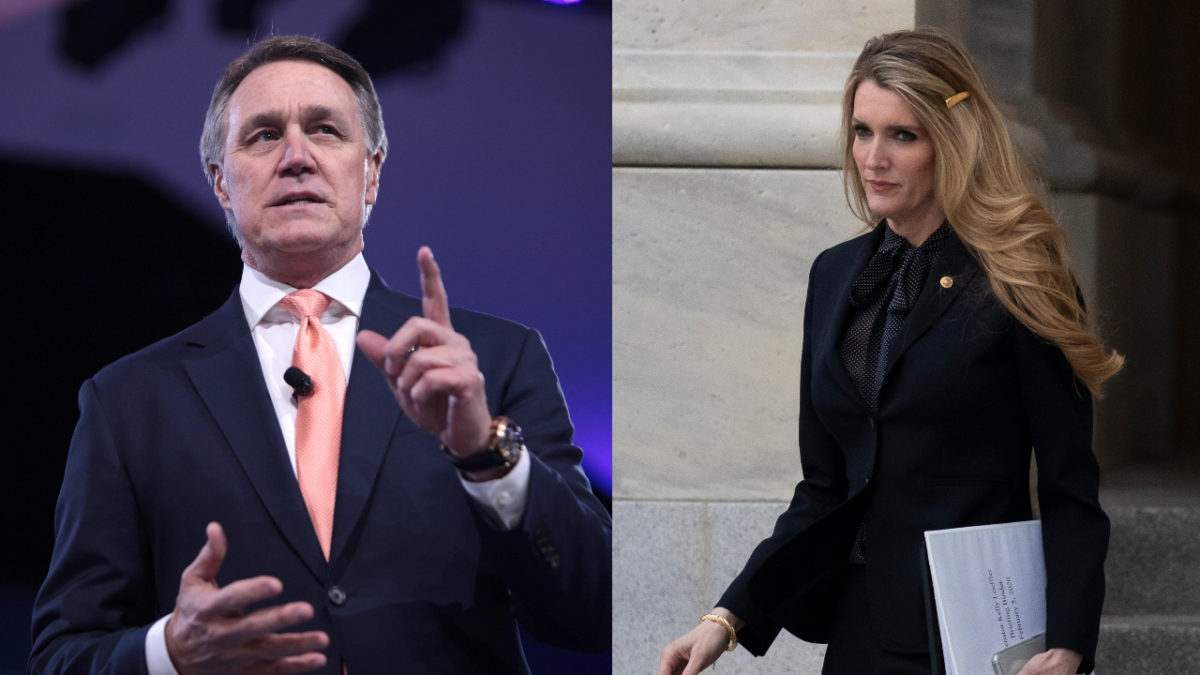 Sens. David Perdue (R-GA) and Kelly Loeffler (R-GA), the two Republican incumbents running to defend their seats in the Georgia special election runoff in January, appeared to publicly acknowledge President Donald Trump’s defeat in an off-the-record Zoom call hosted by the Republican Jewish Coalition on Wednesday — as they emphasized the need for the GOP to maintain control of the Senate as a buffer to Biden’s domestic and foreign policy.

“We know what this change of command at the top will mean with our foreign relations, and it gives us great pause about [the] U.S.-Israeli relationship — the progress we’ve made in the last couple of years,” Perdue said in his opening remarks, in audio obtained by Jewish Insider, referencing the recent peace accord between Israel and the UAE and Bahrain and the withdrawal from the nuclear deal with Iran. “This is historic and we don’t want to give that up. And so one of the things that is so much in play here is, if we can keep the majority in the Senate, we can at least be a buffer on some of the things that the Biden camp has been talking about in terms of their foreign policy.”

“We really need to protect what we’ve done under President Trump these last four years, both in foreign policy, economic policy and so forth — and the only way to do that is to hold these two seats,” Perdue added. “And by the way, we can have a tempering impact on foreign policy. You’ve heard Biden talk about he wants to reinstate the JCPOA. Well, there are things that we can do in the Senate that can slow that down and actually have a tempering effect.”

The Republicans currently hold 52-48 majority in the Senate. If the two senators lose to their Democratic challengers, Jon Ossoff and Rev. Raphael Warnock, in the January 5 special Senate election, the Democrats will hold a working majority with Vice President-elect Kamala Harris as the tie-breaking vote.

During the call, first reported by The Washington Post, Loeffler echoed her colleague’s sentiment by stressing the importance of a split government. “David and I are the firewall to stopping socialism in America, to stopping their bad policies,” she stressed. “If we don’t hold the line right now, we will never get another chance to change the country back — because they will abolish the filibuster, they’ll add D.C. statehood, pack the court, and on and on.”

Trump is expected to hold a campaign rally in support of Perdue and Loeffler in Valdosta, Georgia, on Saturday. The president has refused to concede and continues to claim that the election was illegitimate.

Loeffler also suggested that Republicans will seek to stop some of Biden’s cabinet appointments during the confirmation hearings, and challenge them on their record during the Obama administration. “The work that has happened over the last four years, we have to preserve that — a strengthened Israel, a weakened Iran — we have to make sure that that continues,” she said. “And if they put up officials that have a track record of not standing with Israel, of doing the wrong thing with Iran, then we’re going to hold them accountable,” Loeffler continued. “We are going to see a lot of folks from the Obama administration come back, which is a great chance for us to review their records and hold them accountable for their track records which, in many cases, failed the U.S.-Israel relationship.”

The pair did not discuss the possibility of a second Trump term, which would invalidate their narrative about serving as a buffer to a Biden administration. “This is our last chance. We won’t give it a second chance,” Perdue stressed on the call.

Perdue also compared Trump to former British Prime Minister Winston Churchill, who was defeated in 1945 towards the end of World War II. “[Churchill] held the world together for a few years during World War II… [and] just before the end of the war, as the outcome was visible, his party was removed. And guess what he did for the next four years? He fought off communism in Great Britain,” Perdue explained. “And here we are in very similar circumstances. Kelly and I are up for this fight. We know this is a fight to the death about socialism. If we stop and hold the line right now, I believe we put a stop to this to radicalism that has somehow taken over for the Democratic Party.”

RJC Executive Director told the Post, “A lot of the focus was on the risks associated with a Senate majority led by Chuck Schumer. Any inference that either of these two are not supportive of the president just isn’t true, and in fact they’re all going to be campaigning together in Georgia. Both Senator Perdue and Senator Loeffler strongly supports President Trump and President Trump supports them.”