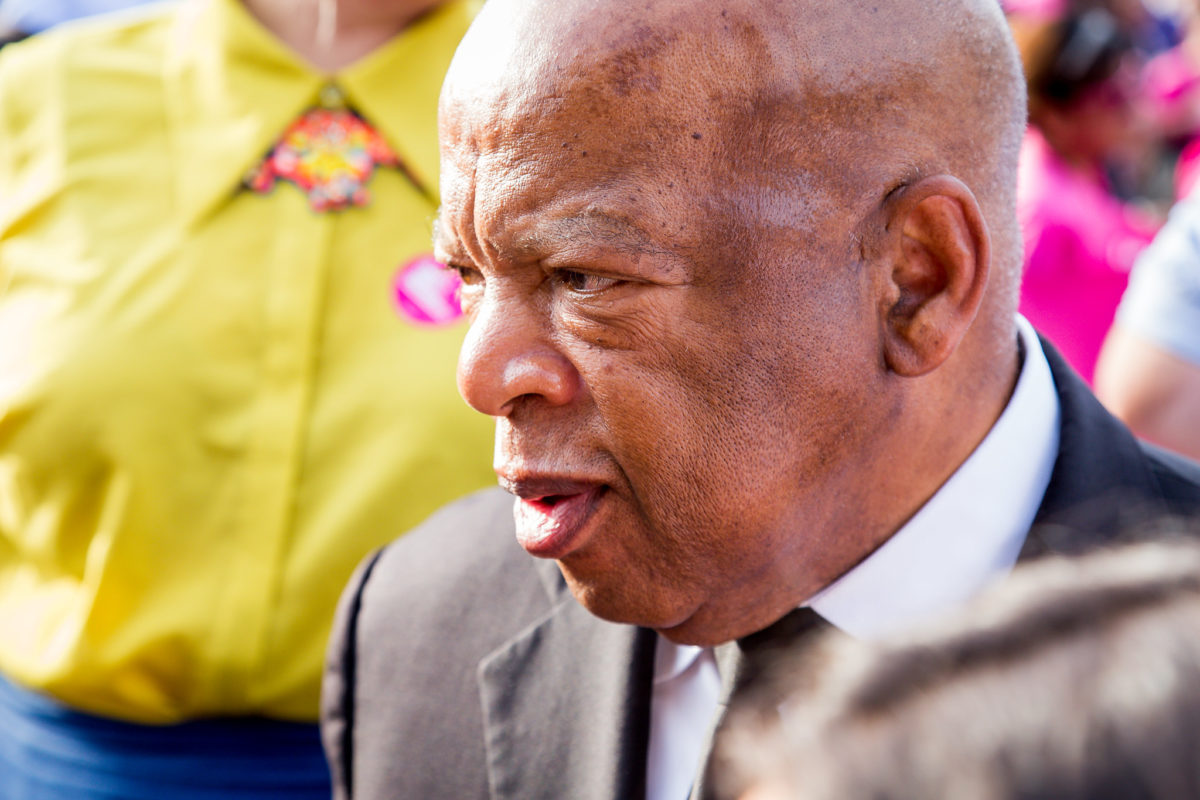 Many organizations noted the congressman’s outspoken support for Soviet Jewry in the 1980s. On Dec. 6, 1987, during Lewis’s first year in Congress, he spoke at a rally advocating for the release of Soviet Jews.

During his speech at the rally, Lewis also read a statement from civil rights leader Coretta Scott King, the widow of Dr. Martin Luther King Jr.:

“My husband, Martin Luther King Jr., was deeply concerned about what he called the spiritual and cultural genocide being forced on Soviet Jewry by the Soviet government. In the same spirit, I am proud to support the cause of freedom and human rights for Soviet Jewry. There can be no genuine Glasnost until Soviet Jewry are allowed to travel freely.”