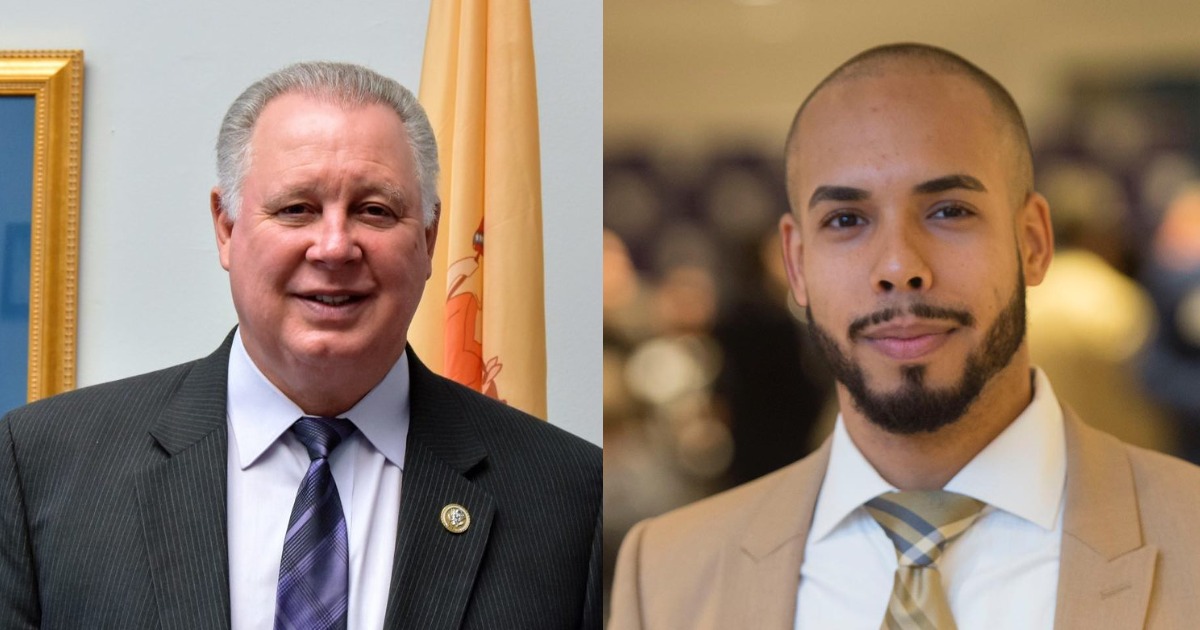 Sires has consistently won re-election by significant margins. But could that change on Tuesday? Support for Oseguera — an anti-money laundering analyst for UBS — has surged in the last month, with the candidate picking up donations, local endorsements and media attention, pushing Sires to go on the offensive in the final weeks of the primary.

A third candidate, former Navy SEAL intelligence officer Will Sheehan, is also running in the Democratic primary, but has yet to attract significant support.

Ross Baker, a political science professor at New Jersey’s Rutgers University, told Jewish Insider that while he was surprised that Sires faced a challenger this cycle, the congressman is a fairly weak incumbent, noting that he lacks the name recognition — and the advantages that come with it — that many incumbents enjoy.

“I can’t personally associate any major piece of legislation with him,” Baker added.

In recent weeks, Sires has scrambled to mount a defense against Oseguera, including re-launching a campaign Twitter account that had been dormant since 2012. The two have traded barbs, each accusing the other of formerly belonging to the Republican Party, among other issues.

Oseguera — who volunteered for Rep. Alexandria Ocasio-Cortez’s (D-NY) 2018 campaign — is hoping to replicate her surprise victory over longtime Rep. Joe Crowley, arguing that their districts have similar demographics. He characterizes himself as challenging a New Jersey political establishment machine that does not serve constituents.

“[What] I learned from [Ocasio-Cortez] is that our political analysis doesn’t jive with reality anymore,” Oseguera told NJ.com. “Volunteers and excitement and enthusiasm is so much more valuable than ‘experience,’ or having a political machine or political establishment at her back.”

Like Engel, Sires is a favorite of pro-Israel groups — Democratic Majority for Israel contributed $44,000 in outside expenditures to support his campaign, Pro-Israel America endorsed him and he received $10,000 in donations from the Desert Caucus, a single-issue pro-Israel PAC.

“He understands his constituents because he’s deeply grounded in his community where he’s been a consistent champion for mass transit, gun safety, education and medical research, as well as for a strong U.S.-Israel relationship,” DMFI President Mark Mellman told JI. “Pro-Israel Democrats are grateful for his principled leadership.”

Sires has been a supporter of Israel in Congress, including introducing a resolution in 2018 in support of the U.S.’s relationship with the Jewish state. In a recent statement, he expressed concern about the Israeli government’s proposed plans to annex portions of the West Bank, but did not sign onto a letter signed by a majority of House Democrats opposing annexation.

“I worry that unilateral annexation of West Bank territory could have detrimental consequences for Israel’s security and regional stability,” he said in the statement. “I also urge the Palestinians to come back to the negotiating table and work with Israel to find a lasting resolution. U.S. policy has been consistently rooted in the pursuit of a two-state solution that is directly negotiated between the Israelis and Palestinians. I am concerned that should either side pursue unilateral action, an enduring peace for Israelis and Palestinians will become unattainable.”

Oseguera said the U.S. should act as an “impartial arbiter” between Israel and the Palestinians, rather than promoting any specific peace plan.

“I think the best people to determine the parameters of a peace plan are Israeli and Palestinian leaders,” he told JI. “The United States has not done a good job imposing its will on other nations, and it is simply not our place to determine what is best for others.”

Oseguera believes the U.S. should condition military aid to Israel on halting annexations and human rights concessions for the Palestinians, including the provisions of H.R. 2407, which aims to protect Palestinian children from Israeli military detention, and the Leahy laws, which block U.S. military assistance in cases of gross violations of human rights.

Oseguera sees rising antisemitism as a concern within the U.S., but believes it is confined to the political right.

“My social justice platform has a plank on combating white supremacy, which overlaps with antisemitism,” he said. “We should take steps to combat such violent groups as the neo-Nazis and have law enforcement agencies target those sorts of organizations.”