‘It's in America's national security interests to maintain our commitment to security assistance to Israel without conditions,’ Rep. Anthony Brindisi (D-NY) tells JI 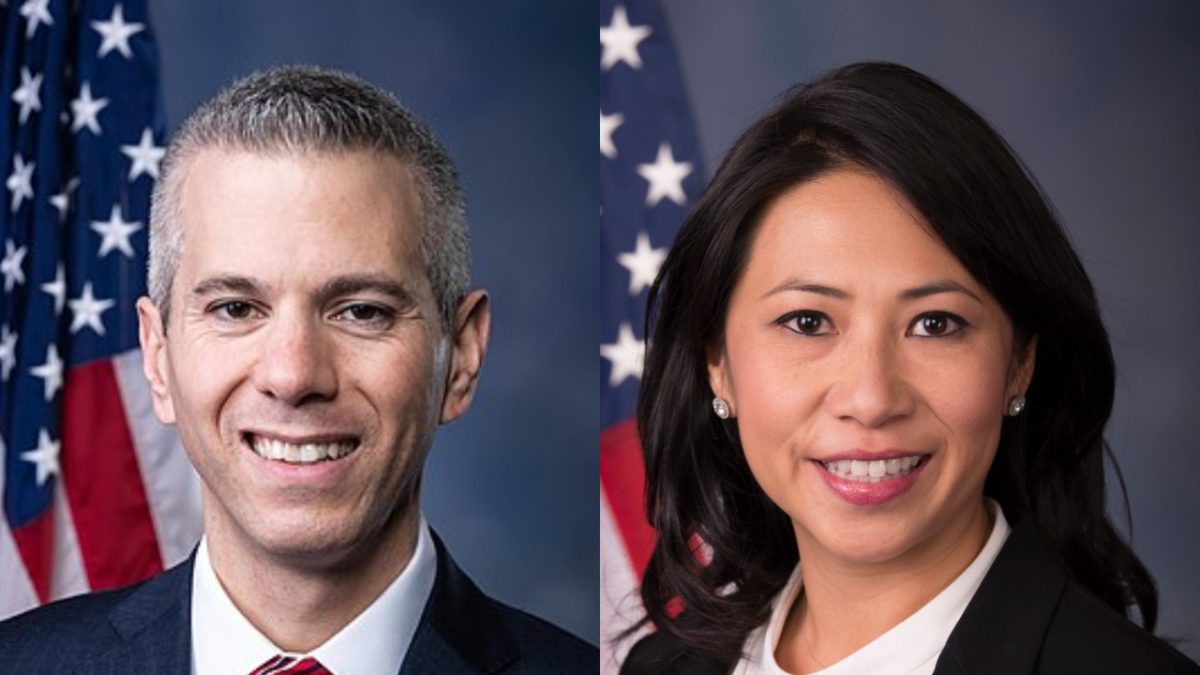 An overwhelming majority of the 233 Democratic members of the House of Representatives have publicly expressed opposition to Israel’s proposed unilateral annexation of parts of the West Bank — but some holdouts have kept House Democrats from unanimous opposition to the move.

A House letter sent to Israeli leaders, cautioning against an annexation plan Prime Minister Benjamin Netanyahu is looking to pursue in the coming days, has garnered 191 signatures and the backing of House Speaker Nancy Pelosi. Another letter, addressed to Secretary of State Mike Pompeo — threatening to condition aid to Israel over annexation — was signed by 12 lawmakers. But the members of Congress who have not signed onto either communique have not done so, they tell Jewish Insider, because of concerns regarding how the letters would impact relations between the U.S. and Israel.

Rep. Anthony Brindisi (D-NY), who represents New York’s 22nd congressional district, told Jewish Insider he did not sign onto the letter against annexation because it didn’t strongly oppose conditioning military aid to Israel.

“My concern with the letter is that I believe it’s important that we reiterate and make it very clear that it’s in America’s national security interests to maintain our commitment to security assistance to Israel without conditions,” Brindisi said in a recent interview with JI. “That’s a red line for me.”

Brindisi, who won his seat two years ago in a district President Donald Trump won by more than 15 points, added that he has “concerns” with unilateral annexation of territory in the West Bank because he’s in favor of direct negotiations between the parties.

“What is most important to me is the long-standing permanent relationship between our two countries,” he said. “The security aid that we provide is not symbolic. In my mind, it saves lives, and we need to reiterate that commitment to make sure that it’s clear.”

Brindisi’s sentiments were echoed by Rep. Tom Suozzi (D-NY), who represents New York’s 3rd congressional district, during a webcast hosted by Democratic Majority for Israel last week. The two-term congressman said that while he believes annexation would “probably cause a lot of problems in the region,” he declined to add his name because it didn’t affirm the security relationship between the U.S. and Israel. Suozzi said he indicated to his colleagues at the time that he would get on board if they had added “a sentence or two” stating opposition to conditioning security assistance to Israel.

Rep. Stephanie Murphy (D-FL) told JI she refused to sign the letter because it lacks bipartisan support. “I generally do not sign letters or cosponsor bills on Israel that are partisan in origin or nature,” Murphy explained. “When it comes to preserving and protecting the U.S.-Israel alliance, and influencing Israeli government actions, I think Congress is most effective when it acts in a bipartisan way.”

Last Thursday, Rep. Max Rose (D-NY), who didn’t sign onto either letter, released a statement  that unilateral annexation “would only take us further from our shared goal of long-lasting peace in the region.” In the statement, he noted that he continues “to oppose attempts to delegitimize or condition aid to Israel.”

Rep. Josh Gottheimer (D-NJ) issued a similar statement last week, urging Israel to “refrain” from annexing parts of the West Bank “outside of the context of negotiations.” He also noted that “it is in America’s national interest to maintain our ironclad commitment to Israel’s security by providing American security assistance under the 2016 U.S.-Israel Memorandum of Understanding negotiated during the Obama Administration.” A spokesperson for Gottheimer told JI that the congressman felt the need to express himself in his own way, specifically on the topic of aid.

Last year, Gottheimer, along with Reps. Ted Deutch (D-FL) and Tom Reed (R-NY), worked to include amendments — which reaffirmed the “ironclad” U.S. commitment to the MOU and to annual military assistance without new conditions — in the House resolution (H.R. 326) expressing support for a two-state solution and opposition to unilateral annexation.

Rep. Jan Schakowsky (D-IL), one of the four authors of the original House letter, suggested on Tuesday that since the letter was able to get the support of a “broad range of the Democratic caucus,” it “seemed to have had an impact” on the Israeli government’s deliberations.

In a statement to JI, Murphy said that while she respects her Democratic colleagues, and believes they were “motivated by the right reasons,” there’s a need to address past unilateral actions taken by the Palestinian Authority. “I would have serious concerns if the Israeli government were to unilaterally annex — apply Israeli sovereignty to — a portion of the West Bank, just as I have serious concerns about various actions taken by the Palestinians that have made a just and enduring peace more difficult,” Murphy said.

Halie Soifer, executive director of the Jewish Democratic Council of America, defended the language in the House letter, maintaining that its broad support indicates where the party stands on Israel. “A near-consensus among all Democrats in the House on this letter sent a strong statement that Democrats oppose unilateral Israeli annexation of parts of the West Bank, support Israel’s security, and also oppose any conditioning or cutting of U.S. security assistance to Israel,” Soifer told JI. “The letter didn’t need to get into the specifics on aid to convey that message, which should have been heard loud and clear, from Washington to Jerusalem.”