Ethan Felson, the new head of A Wider Bridge, is ready to confront anti-Zionism in LGBTQ spaces

'We’re not going to be silenced by anyone' 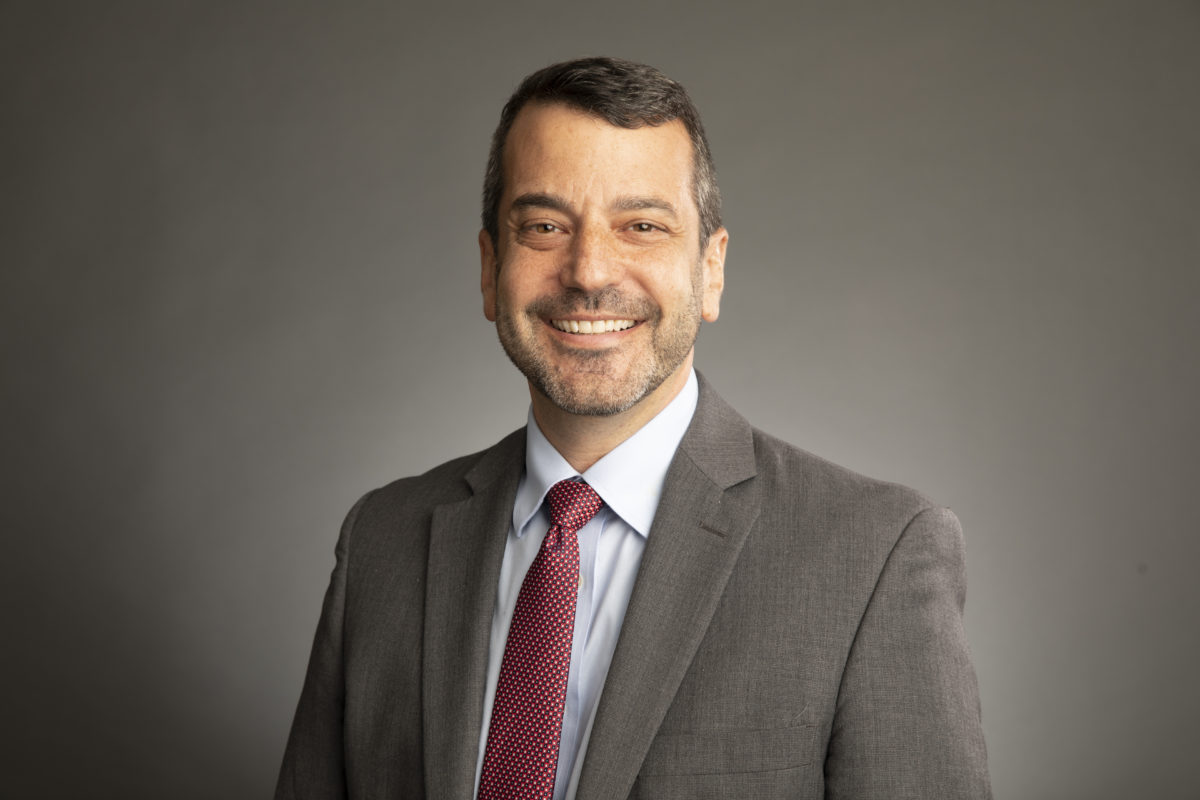 Ethan Felson, the former executive director of the Israel Action Network, assumes a new role today as the executive director of A Wider Bridge, an organization focused on creating connections between LGBTQ+ leaders and Israel, educating and advocating for their communities’ concerns, and providing targeted support to relevant Israeli projects.

Felson said that under his leadership, A Wider Bridge will continue activism on issues like Black Lives Matter. The organization signed onto letters of support for BLM that came out of the LGBTQ community and the Jewish community, he said. “We are going to be a voice against homophobia, transphobia, sexism and racism, and for inclusion, civility and racial justice.”

Felson, 54, joined the Israel Action Network, an arm of the Jewish Federations of North America focused on advocacy and coalition building, in 2016 after 15 years at the Jewish Council for Public Affairs. Prior to joining the JCPA, he worked as director of the Hartford Jewish Community Relations Council.

A Wider Bridge has run more than a dozen trips to Israel, and also brings Israeli LGBTQ leaders to the U.S. to meet their peers.

AWB board chair Alan Schwartz said that the organization provides an ideological home for people who identify as queer, religious and Zionist. “A Wider Bridge is the only place where people can wear all three identities,” said Schwartz.

Felson, who worked at the Human Rights Campaign in the 1980s, told JI: “We don’t have to compartmentalize our passions or identities. We need to be our full selves and AWB helps make that possible.”

The organization has a budget of about $1.5 million and a staff of seven people, now including Felson. The fundraising environment amid the COVID-19 pandemic has been as challenging for AWB as for any non-profit, Schwartz said. Trips to Israel slated for April and December — one to bring Israeli LGBTQ tech professionals to the U.S. and one to bring American LGBTQ women to Israel — were canceled due to travel restrictions.

Much of the organization’s fundraising is done at two large-scale events held in the fall. While the organization has been running online events throughout the lockdown, one of Felson’s first tasks will be to figure out how to fundraise through virtual galas.

The organization has faced a number of challenges in recent years as the most prominent Israel advocacy group operating in the largely progressive LGBTQ+ space, where anti-Zionism has become prevalent.

When speaking on college campuses and elsewhere, AWB representatives are frequently accused of pink-washing — a term wielded to accuse people of using Israel’s relatively strong record on LGBTQ issues to cover up Palestinian human rights abuses. “They say we are a tool of and receive funding from the Israeli government and that’s not true,” Schwartz said.

He pointed out that AWB publicly opposes the Israeli government when it is working against the interests of LGBTQ Israelis. Male gay couples are currently legally prohibited from hiring a gestational surrogate in Israel, which forces them to go overseas to pursue surrogacy. “There have been efforts to change that, which the Israeli government does not support but we do,” Schwartz said.

“The work AWB does is not at the behest of anyone,” Felson told JI. “It’s because of fervently held beliefs, that these are stories that need to be told and information that needs to be shared.”

In 2016, AWB was scheduled to host a reception at the largest LGBTQ conference in the U.S., run by the National LGBTQ Task Force, which was canceled at the last minute. After mounting pressure, conference organizers reversed the decision to cancel. But the reception was interrupted by groups including Jewish Voice for Peace, and presentations by some of the event’s speakers could not be completed.

Steven Goldstein, a gay, Zionist political activist, posited that AWB should become even more aggressive in countering anti-Zionism. Goldstein is founder of Garden State Equality, former director of the Anne Frank Center for Mutual Respect and an occasional donor to AWB. He said anti-Zionism “has never reared its ugly head more strongly than in the LGBTQ community. AWB is going to have to continue calling other organizations and leaders out on that. Right now, anti-Zionism is a cancer infecting the LGBTQ community, and AWB is the organization best positioned to fight that cancer.”

Felson intends to continue the group’s approach to Israel advocacy by focusing on building relationships between individuals rather than directly addressing the Israeli-Palestinian conflict.

“Having a platform that doesn’t look at every issue through a conflict lens but through a relationship can be transformative,” Felson told JI. “People learn from hearing different voices and we stand for that. At the same time, we’re not going to be silenced by anyone.”