The Salt Lake City-area 4th congressional district has been trending purple, but is a top GOP target 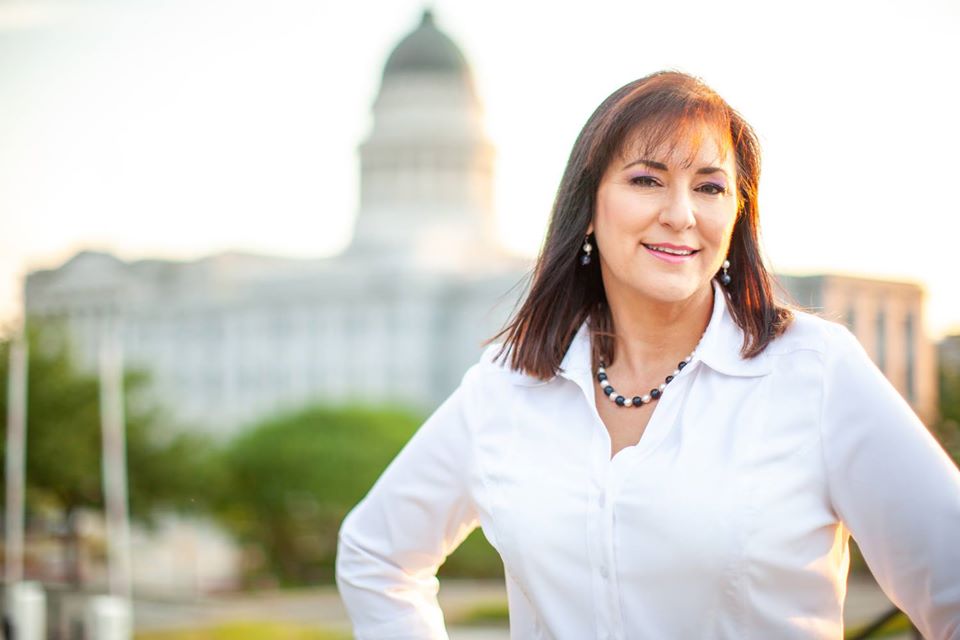 With an influx of liberal voters and a growing Latinx population that has shifted the area’s demographics, the district is now rated “lean Democratic” by both Larry Sabato and the Cook Political Report. But Republicans are hopeful the right candidate could flip the seat back to red.

Republican voters in the district have an array of options. Vying for the nomination and the chance to take on McAdams in November are former NFL star Burgess Owens, state legislator and charter school founder Kim Coleman, former radio host Jay “JayMac” McFarland and fundraiser Trent Christensen.

University of Utah political science professor Matthew Burbank describes the race as “pretty low key.” The primary has lacked the controversies, attacks and party infighting that have plagued races across the country. Nonetheless, the stakes are high heading into today’s election, which is being conducted entirely by mail-in ballot. Even experts in the state are unsure who will secure the nomination.

Coleman is the favorite of hard-line conservatives and party activists, according to Michael Lyons, a political science professor at Utah State University.

Burbank, meanwhile, sees Owens as the likely frontrunner, due in part to the name recognition he achieved as a safety for the New York Jets and Oakland Raiders.

Off the gridiron, Owens has been outspoken on a range of social and political issues. He’s criticized kneeling protests in the NFL, proposals for slavery reparations and social welfare programs. Most recently, he penned an Wall Street Journal op-ed in defense of Trump’s planned Juneteenth rally in Tulsa, Okla.

In response to nationwide protests over the killing of George Floyd, Owens tweeted that racism was not the core issue.

“We don’t have a black problem or a white problem. We have an empathy problem, we have a compassion problem,” Owens wrote. “That officer didn’t see #georgefloyd as a person, violent rioters don’t see our brave officers as people. It’s time to fix our empathy problem.”

Burbank suggested that McFarland also has a chance at the nomination due to his positioning as a political moderate running to take back a purple seat.

At a recent debate, McFarland argued that his moderate approach gives him a better chance of victory in November than a more conservative nominee. “What makes you think that suddenly [4th district voters are] going to choose an extreme conservative? They’re not,” he said. “They’re going to look for a moderate to represent them.”

Coleman, who described herself in an email to Jewish Insider as “one of the most reliably conservative members of the Utah Legislature,” characterizes herself as a strong supporter of Israel. In a letter to AIPAC, Coleman said she has “long felt a special kinship with the people and nation of Israel,” and compared the journey of American Mormons to that of the Jewish people. She also committed to being “one of Israel’s strongest friends in the House of Representatives.”

Coleman highlighted her support of a bill in the Utah Legislature honoring Holocaust victims, pledged not to “micro-manag[e]” U.S. aid to Israel, and said she believes that the Golan Heights are sovereign Israeli territory.

“As the leader of the Free World, America has an obligation to convince hostile countries that they must finally acknowledge Israel’s right to exist and sovereignty,” she added. “I will make this a foreign policy priority.”

In the AIPAC paper, Coleman also railed against the Council on American-Islamic Relations, the “horrifying” BDS movement and “Israel’s enemies [which] exploit ‘the plight of the Palestinians’  as justification for trying to wipe the country out.”

“Council on American–Islamic Relations (CAIR) has gotten completely out of hand,” the paper reads. “Candidates supported by CAIR must not be allowed to assume office. AIPAC and leaders such as myself must keep any such candidates out of power.”

In a position paper shared with JI, McFarland, who is critical of the BDS movement, said, “Peace between Israel and the Palestinians is absolutely essential. But all attempts to achieve this peace through acts of terror on behalf of Palestinian Islamic Jihad, Hamas, or any other group must be rebuffed.”

“When it’s all said and done. We must all be able to say that we made sure that no evil the likes of Hitler and the Nazi regime will ever be allowed to flourish on this earth again,” he continued. “We must also be able to declare that we were part of the solution in helping to restore much of the damage done to the Jewish people and to eventually be able to declare that they are able to live in peace without fear of hatred or violence. It is my sincere hope that I will be able to serve as a member of Congress to help fight for these goals.”

Regardless of who wins the Republican primary, McAdams likely holds the advantage in November, given his incumbent status and his moderate record in Congress.

“[Utah] Republicans often opt for the more conservative candidate. In districts like the 4th district, that probably doesn’t help them much,” Burbank said. “To win in the 4th district, you need… someone with a reasonable draw among voters who are independent or unaffiliated.”

McFarland likely has the most crossover appeal, he added. “Coleman and Owens are going to run more in terms of rallying conservatives,” he explained. “At least in terms of Utah, we have seen that approach fail.”

The competitive Republican primary will likely also work to McAdams’s advantage, Lyons said. It has forced the Republicans to expend funds, leaving them well behind McAdams going into the general election.

McAdams has raised $2.8 million, and still has $2.2 million of that on hand, while his Republican opponent will enter the general election with significantly depleted funds and weaker fundraising overall. Owens, the top fundraiser on the Republican side, has raised $640,000, with $111,000 remaining in the bank. Coleman has raised $576,000 and has $84,000 on hand. McFarland and Christensen have expended nearly all of their war chests, with $5,000 and $2,000 left on hand, respectively.

In the longer term, the 4th district’s purple trend could provide a preview of what is to come in Utah at large, Lyons told JI. He predicted that, with the state’s minority population growing and the Church of Jesus Christ of Latter-day Saints’ influence shrinking, the state could follow a similar path as Colorado, which has trended blue in recent years. “The idea that a Democrat could win here is not really that extraordinary anymore,” he said.