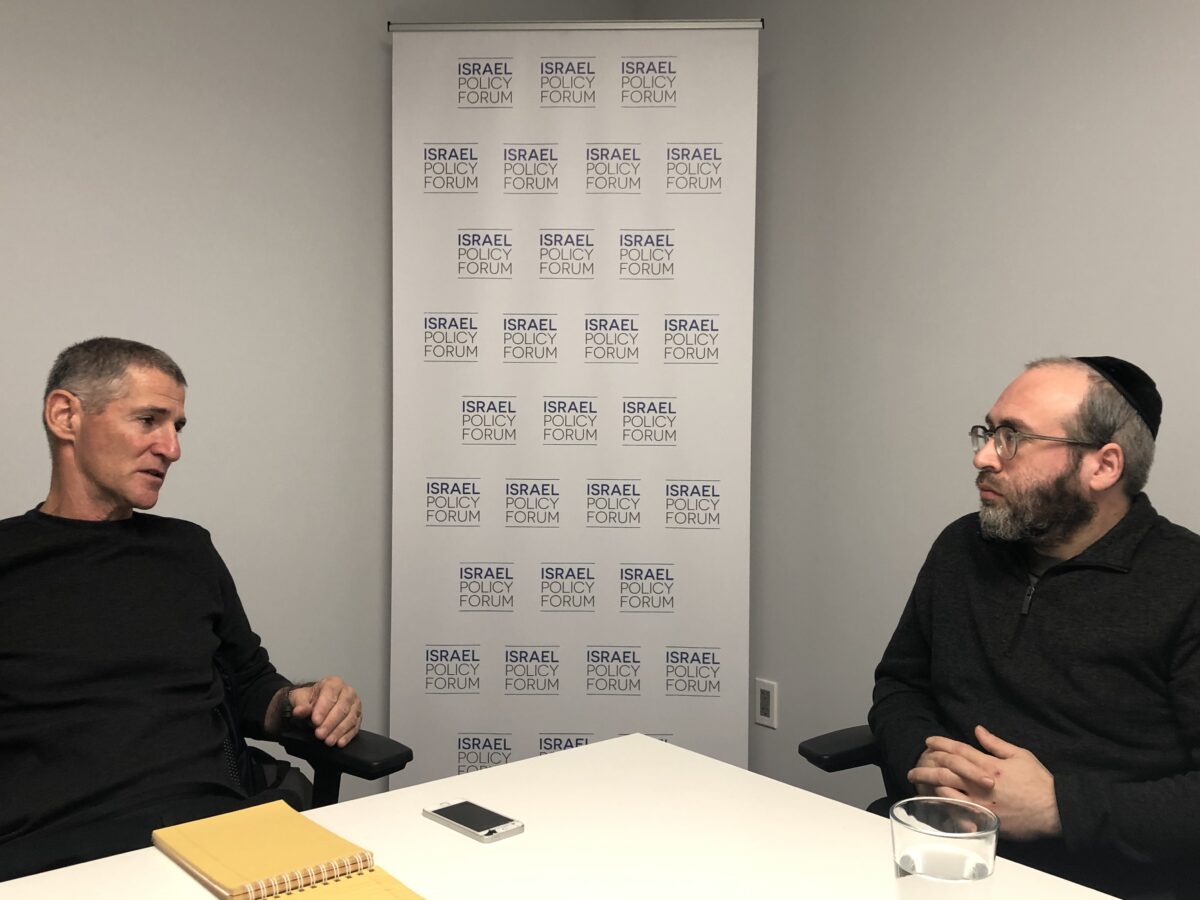 Member of Knesset Yair Golan, representing the Democratic Union, discussed the latest political developments in Israel and his vision for peace in the Middle East in an interview with Jewish Insider during a recent visit to New York to address the Israel Policy Forum annual dinner.

Gridlock: While in normal circumstances a unity government between the two major parties would be the ideal format to deal with the challenges ahead, Golan said Israeli Prime Minister Benjamin Netanyahu’s refusal to step aside due to his legal situation has made it impossible to solve the political instability in the country. The former deputy chief of the general staff of the Israel Defense Forces said it was unlikely that coalition talks would produce a minority government arrangement between Blue and White’s Benny Gantz and Avigdor Lieberman.

Golan, who joined the political scene earlier this year in an alliance between former Prime Minister Ehud Barak and the leftwing Meretz party, bemoaned the “holy alliance”  between the religious parties and Netanyahu and the fact that they are not seizing the opportunity to preserve their interests in a center-left government that depends on their votes. Golan refused to say whether the secular parties would be willing to compromise on liberal and religious matters. “Truly, I don’t understand them,” he said. “The issues are not so complicated. Let’s sit down and negotiate. From my perspective it’s completely crazy.”

On the U.S. withdrawal from Syria: Golan stressed that U.S. disengagement in the region raises the prospects of a conflict between Israel and Iran. “It sends a message to the rest of the region that they have much more freedom of action,” he stated.

On Trump’s peace plan: “I assume that Trump wants to move from bilateral concept that led to the Oslo agreement to a multilateral regional arrangement. I think it’s a valid idea, but it doesn’t replace bilateral negotiations. So the challenge for Israel is not take the Trump plan as the only thing to play with, Israel should look realistically [at] the situation with the Palestinians and we should ask ourselves how to move forward in order to separate ourselves from the Palestinians by unilateral manners.”

On conditioning aid to Israel: Asked about recent comments made by Democratic candidates about leveraging aid to Israel to change the government’s policies toward the Palestinans, the left-leaning MK said, “The conflict with the Palestinians is an internal Israeli problem. I don’t see any reason why America would coerce Israel to do something which the Israeli public is unwilling to accept right now. I don’t think that America should determine the pace of progress.”

Q: Do you want to be prime minister one day?

Q: But you’re not closing the door?

Golan: “Of course not. Look, politics is about power. This is the reality. But let’s discuss practical matters. There is no chance of me being prime minister in the next, I believe, four years. So there’s no reason to provide any answer for such a possibility.”

Golan insisted that he’s in the political scene for the long run. “I entered politics with a vision for the long run,” he said, “It’s not a matter for one, two, three, four years — much more.”

Q: If there’s another election, would you would run in the same format?

Golan: “I don’t know. Another campaign [is] a new story — everything is open. You never know. It’s politics.”