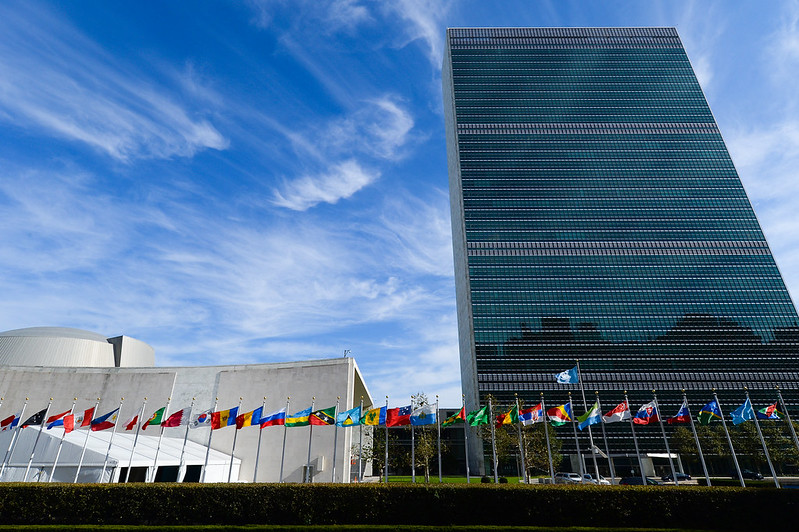 The United Nations released an unprecedented report on Thursday highlighting a “disproportionate” 38 percent increase in antisemitism across the globe, even in countries that have no Jewish population. The report also identifies certain actions by the Boycott, Divestment and Sanctions (BDS) movement against Israel as “fundamentally antisemitic.”

Dr. Ahmed Shaheed, the U.N. special rapporteur on freedom of religion or belief, will present the final version of the report at the annual session of the U.N. General Assembly’s third committee on Thursday afternoon. An interim report was released last month. According to Shaheed, antisemitism is a threat that requires a “multi-pronged human rights approach” to address the issue.

In his presentation, Shaheed recommends that states adopt the International Holocaust Remembrance Alliance (IHRA) definition of antisemitism as a “non-legal educational tool” to enable them to identify, monitor and respond to antisemitic discourses and attacks. He also calls on the U.N. Secretary General António Guterres to appoint a senior-level envoy to coordinate global efforts to combat antisemitism, as well as the establishment of faith-based organizations to show solidarity and build resilience and trust between communities.

“My key purpose in doing the report is to motivate states and other actors to take action against antisemitism and seize on the very serious threat to everybody to take common action to stop this,” Shaheed said in an interview with Jewish Insider. “I am very clear that governments must respond to all antisemitism by taking preemptive steps, but there’s also an obligation to have laws in place and enforce them to protect people and provide remedy to the victims of such incidents.”

Shaheed suggested that the U.N. report could help sooth concerns among Israelis and members of the Jewish community that the international body is biased against the Jewish state. “If the secretary-general appoints an envoy to a very senior level in his office to deal with the matter, I think Jews will start feeling that the U.N. also works for them,” Shaheed told JI. “Right now, I feel a sense of grievance that the U.N. is a very biased body against Israel and the Jewish community, and I am hoping that one of the outcomes of this is that those within the U.N. system itself start taking more notice of the issues faced by Jewish communities across the world and that we build bridges in working together.”

Shaheed, a career diplomat from the Maldives, revealed that when he was appointed to the post in November 2016, he “found almost nothing” was done by this mandate established three decades ago on addressing concerns raised by Jews. This inspired him to “start a conversation” with Jewish groups and human rights monitors how to address the issue. “I think there’s a grave understand that we have to address this deficit and pay more attention to this subject. This is a very good start, and I think we need to build on this connection for the time to come.”

Shaheed noted that, since boycotts are internationally legal, he took “a very fine line” when spotlighting the “antisemitic tropes” invoked by the BDS movement. “There are elements in the BDS movement who are overtly and openly antisemitic,” he said. “The effects of this movement have been attacks on campuses and incidents against students and religious academics.” The report also connects online antisemitism as a driving tool that leads to violent attacks against the Jewish community.

“This is a landmark report that represents the first time that the U.N., a body that has too often in the past been identified as a source of Jew hatred has seriously grappled with the stark reality of current antisemitism,” Mark Weitzman, director of government affairs at the Simon Wiesenthal Center, tells JI. “In reading it we get a sense that the author of the report, Prof. Shaheed, is morally outraged not only by the surge in antisemitism but also by many governments lack of recognition and commitment to fighting antisemitism.”