Beto O’Rourke: Nuclear Iran is an ‘existential threat’ to US 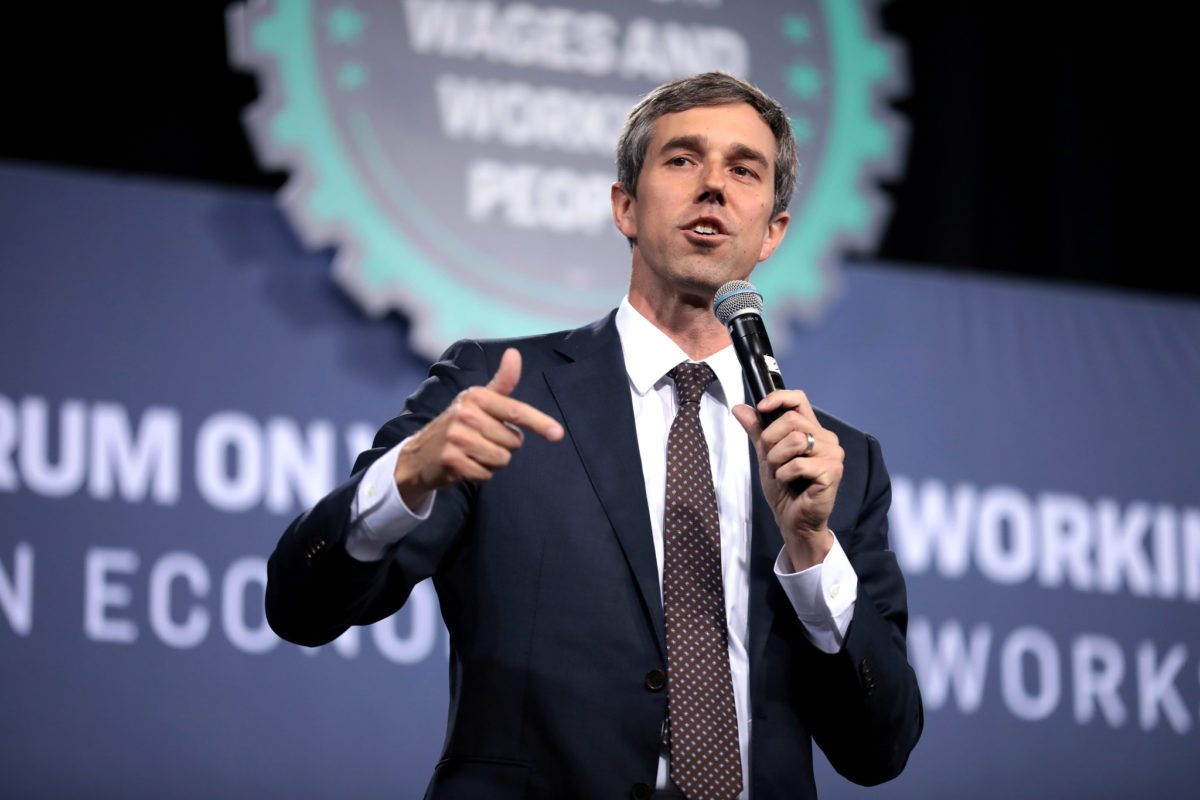 Former U.S. Congressman Beto O'Rourke speaking with attendees at the 2019 National Forum on Wages and Working People hosted by the Center for the American Progress Action Fund and the SEIU at the Enclave in Las Vegas, Nevada.

Democratic presidential candidate Beto O’Rourke said that “a nuclear armed Iran is an existential threat to the United States” while speaking to reporters in Marshalltown on Wednesday.

O’Rourke, a strong supporter of the 2015 Iran deal spoke of the necessity to “bring Iran back to the table” and return to the agreement forged by Barack Obama. President Donald Trump has since withdrawn from the deal arguing that it was “a horrible one-sided deal that should have never, ever been made.” Earlier this week Iran announced that it would resume enriching uranium beyond the limits established by the agreement.

The Democratic hopeful hailed the agreement as one that “stopped Iran’s progress without firing a shot or invading another country or deploying yet another US service member” and said President Donald Trump “diminished our safety, our standing and our ability to work with allies” by withdrawing from the pact.

The former Texas congressman warned “if we are unable to” get Iran back to the negotiating table to forge a new agreement, “the alternative more likely than not is going to be war.”

O’Rourke also said that he did not know whether he would overturn the decision made by President Donald Trump to move the American embassy in Israel to Jerusalem. “I don’t know if I would reverse the decision, I think it was unnecessarily provocative, now that it has been made, I don’t know if there’s a lot of sense in reversing it,” said the Democratic candidate. Two other prominent Democratic candidates, Mayor Pete Buttigieg and Senator Amy Klobuchar (D-MN), have said they would keep the embassy in Jerusalem.

He also said he was unsure if he’d undo Trump’s decision to recognize Israeli sovereignty over the Golan Heights. “I don’t know if that’s a decision I would reverse, I don’t know how much that decision aids the ultimate goal of the United States and its foreign policy which is a two-state solution.” O’Rourke also emphasized his desire to take “whatever steps necessary to make [the two-state solution] a reality” if elected President.

O’Rourke also weighed in on the ongoing pro-democracy protests in Hong Kong. In response to a question from Jewish Insider, the former Texas congressman said “I want the people of Hong Kong to be able to maintain their autonomy and independence and ability to democratically decide their future that was the understanding when they gained their independence from the United Kingdom and began a much closer relationship with Mainland China.”

Protests have been growing in the former British colony after efforts by China to pass law a law that would allow Hong Kong citizens to be extradited. Hong Kong was incorporated by China in 1997 under the guarantees of “one country, two systems” and the expectation that democracy and civil rights would be preserved in the autonomous region. Many in Hong Kong expressed concern about the creeping influence of Beijing.

The Democratic hopeful added “the fate of Hong Kong and the ability for the human rights of those protestors to be respected is certainly one of those issues that must be paramount” in future negotiations with China.