Buttigieg talks Bibi while making the rounds in D.C. 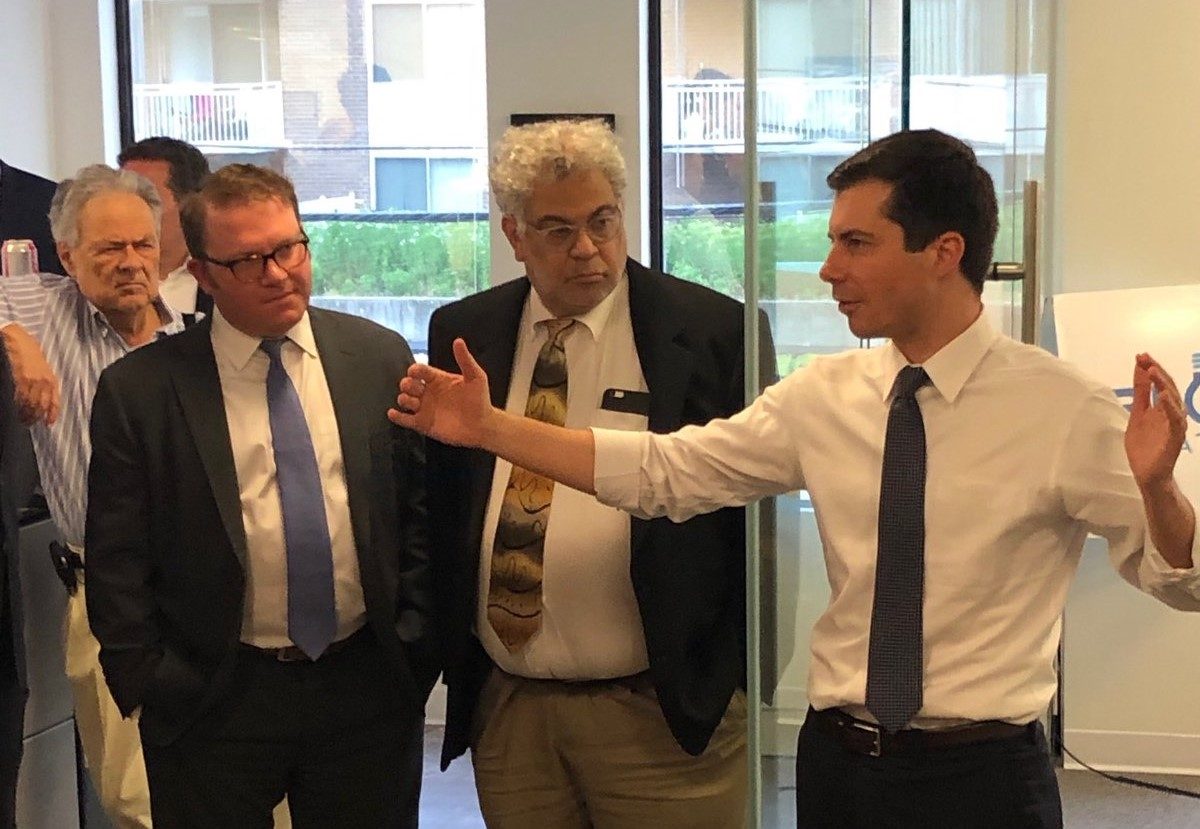 South Bend Mayor and 2020 Democratic candidate Pete Buttigieg discussed the U.S.-Israel relationship during an appearance at a Washington Post Live event with Robert Costa on Thursday in Washington, D.C.

Asked what his relationship would be like with Israel’s current leader, Benjamin Netanyahu, if he’s elected as president in 2020, Buttigieg said that Israel could expect an honest relationship, but not one that will accept the government’s right-wing policies.

Costa: What should Prime Minister Netanyahu expect if you were President of the United States? Should he expect the same level of support and alliance that he sees with President Trump?

Buttigieg: “He should expect America to be a friend and ally to Israel.”

Costa: What about to him?

Buttigieg: “One that is loyal to the terms of our alliance and concerned about Israeli security interests, but also not loyal to him or anyone. Look, being supportive of Israel, in the same way that being patriotic and pro-American doesn’t have to mean you are pro-Trump. Being supportive of Israel does not have to mean that you are on board with the agenda of the Israeli political right wing. I am not. I believe that this move to walk away from peace will harm Israeli interests, will, of course, continue to contribute to the immiseration of the Palestinian people, and is not good for the U.S. either. And so what Israel can expect from the U.S., as any friend ought to be able to expect from an honest friend, is that when they take a step that is harmful, you put your arm around your friend and you try to guide them somewhere else.” [Video]

Buttigieg later pitched his 2020 candidacy at a meeting with Jewish activists hosted by veteran Jewish Democratic consultants, Steve Rabinowitz and Aaron Keyak, at their office in D.C.

During a question-and-answer session, Buttigieg suggested that moving the U.S. Embassy to Jerusalem or Trump’s recognition of Israel’s sovereignty over the Golan Heights were gifted to Netanyahu for political reasons, according to people in the room. “You don’t do something specifically for the purpose of reinforcing him politically and domestically, even if those gifts are endorsed,” he said.

The 2020 presidential hopeful also stressed that fighting antisemitism “must be a bipartisan cause.” While not mentioning Reps. Rashida Tlaib (D-MI) and Ilhan Omar (D-MN) by name, Buttigieg said that while criticizing Israel’s policies, we should “never allow that vocabulary to define any of both parties or let these stereotypes reverberate antisemitic language.”

Congrats & thanks to @steverabinowitz & @akeyak for bringing a great group together to hear from @PeteButtigieg on a wide range of issues today @BluelightDC Global HQ pic.twitter.com/dtsTYOz6Os