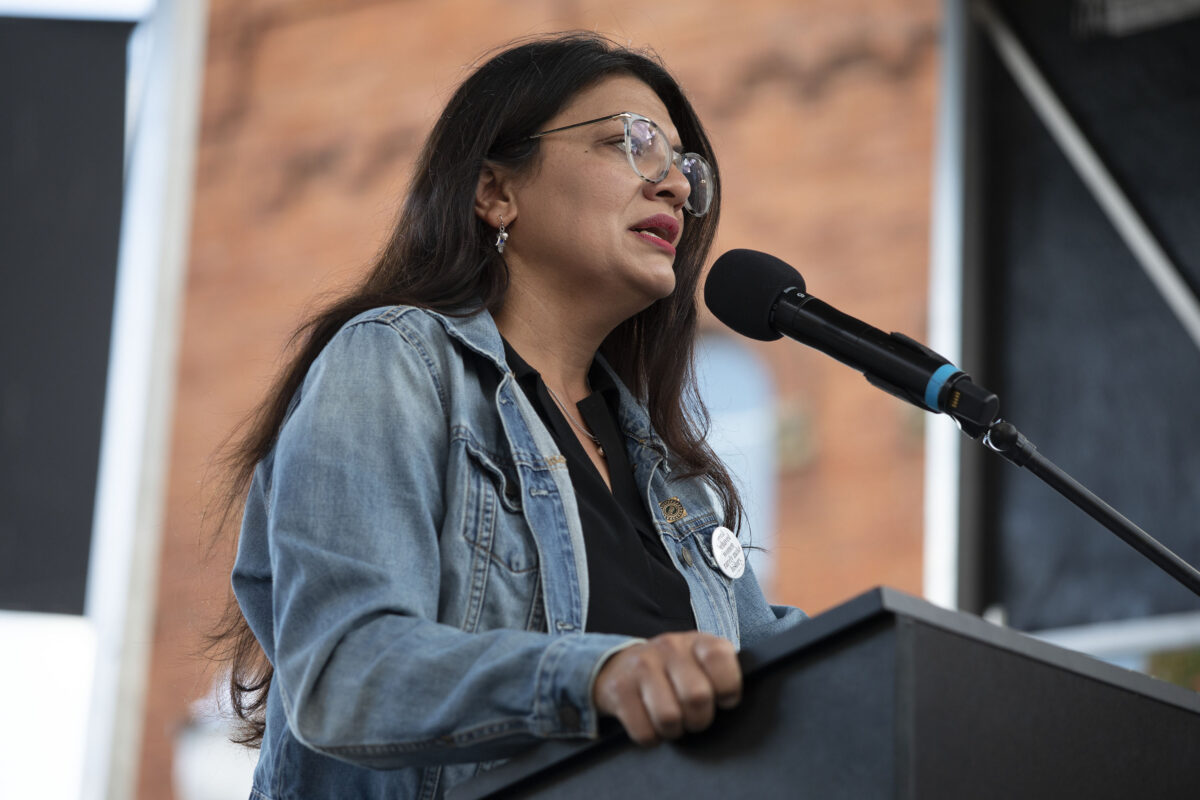 A number of House Democrats on Wednesday condemned comments made earlier this week by Rep. Rashida Tlaib (D-MI) in which she argued that support for “Israel’s apartheid government” is incompatible with “progressive values.”

The Palestinian-American lawmaker claimed during an online event on Tuesday hosted by Americans for Justice in Palestine Action and American Muslims for Palestine that “among progressives, it has become clear that you cannot claim to hold progressive values, yet back Israel’s apartheid government” and that “we will… not accept this idea that you are progressive, except for Palestine any longer.”

“The outrageous progressive litmus test on Israel by [Tlaib] is nothing short of antisemitic,” Wasserman Schultz said on Twitter. “Proud progressives do support Israel’s right to exist as a Jewish and democratic state. Suggesting otherwise is shameful and dangerous.”

A spokesperson for Rep. Elaine Luria (D-VA) told Jewish Insider that she agrees with Wasserman Schultz that the comments were antisemitic.

Rep. Brad Sherman (D-CA), who noted that he’s a long-serving member of the Congressional Progressive Caucus, emphasized his support for Israel in a statement to JI.

“What’s really incompatible with progressive values is creating a litmus test that would exclude the Jewish community from the progressive movement,” Sherman said.

Tlaib was also called out by other House progressives.

“There’s nothing progressive about advocating for the end of Israel as a Jewish State,” Rep. Ritchie Torres (D-NY) said.

Rep. Jerry Nadler (D-NY), the most senior Jewish lawmaker in the House, likewise called out Tlaib in a tweet, while noting that he has been critical of “some of the policies and actions of democratically-elected Israeli governments over time.”

“I fundamentally reject the notion that one cannot support Israel’s right to exist as a Jewish and democratic state and be a progressive,” Nadler said. “I would happily put my progressive record and credentials up against anyone’s. It is both wrong and self-defeating for progressive leaders to abide such an offensive litmus [test].”

Outgoing Rep. Ted Deutch (D-FL) tweeted his support for Nadler’s comments, adding that “there are progressive activists, progressive students, and progressive Members of Congress whose support of democratic Israel is fundamentally a part of their progressive values… We will not be silenced.”

“We can’t let narrow perspectives distract us from the simple truth: you can be a stalwart supporter of Israel – as a Jewish, democratic state – and be a principled progressive,” he said. “Claiming otherwise is a crude litmus test and false choice meant to divide us.”

Schneider and Sherman have both expressed interest in chairing the House Foreign Affairs Committee’s Middle East subcommittee following Deutch’s departure. Rep. David Cicilline (D-RI) who is also considering making a bid for the position, did not respond to a request for comment. Cicilline, like Schneider and Sherman, is Jewish.

Rep. Juan Vargas (D-CA) also condemned Tlaib for “advocat[ing] for the end of Israel as a Jewish and Democratic state,” adding that supporting Israel “IS progressive.”

Rep. Haley Stevens (D-MI), who recently won a primary against Rep. Andy Levin (D-MI) — a friend and frequent defender of Tlaib — with the support of much of her district’s Jewish community, addressed Tlaib’s comments indirectly, saying that she “intend[s] continue working within the Democratic Caucus and throughout Congress to promote a strong U.S-Israel relationship.”

Anti-Defamation League CEO Jonathan Greenblatt on Tuesday accused Tlaib of “doubl[ing] down on her antisemitism by slandering Israel as an apartheid state” and of “tell[ing] American Jews that they need to pass an anti-Zionist litmus test to participate in progressive spaces,” adding that the comments were “reprehensible.”

On Wednesday evening, Greenblatt thanked several of the lawmakers who “who responded to our call to reject antisemitic apartheid accusations against Israel and call out those who want to remove Zionists from progressive spaces.”

Tlaib’s comments mark the latest in a series of dustups between the Michigan progressive and her Democratic colleagues over Israel policy, which have led to accusations of antisemitism. Almost exactly one year ago, Deutch accused Tlaib of antisemitism and of seeking the destruction of Israel in a House floor speech during a debate over additional funding for Israel’s Iron Dome missile-defense system.