At Ellis Island, Garland invokes his own family’s perilous path to America

In an emotional speech at Ellis Island immigration ceremony, the attorney general thanked his relatives for ‘the gift they gave me in choosing to come to this country’ 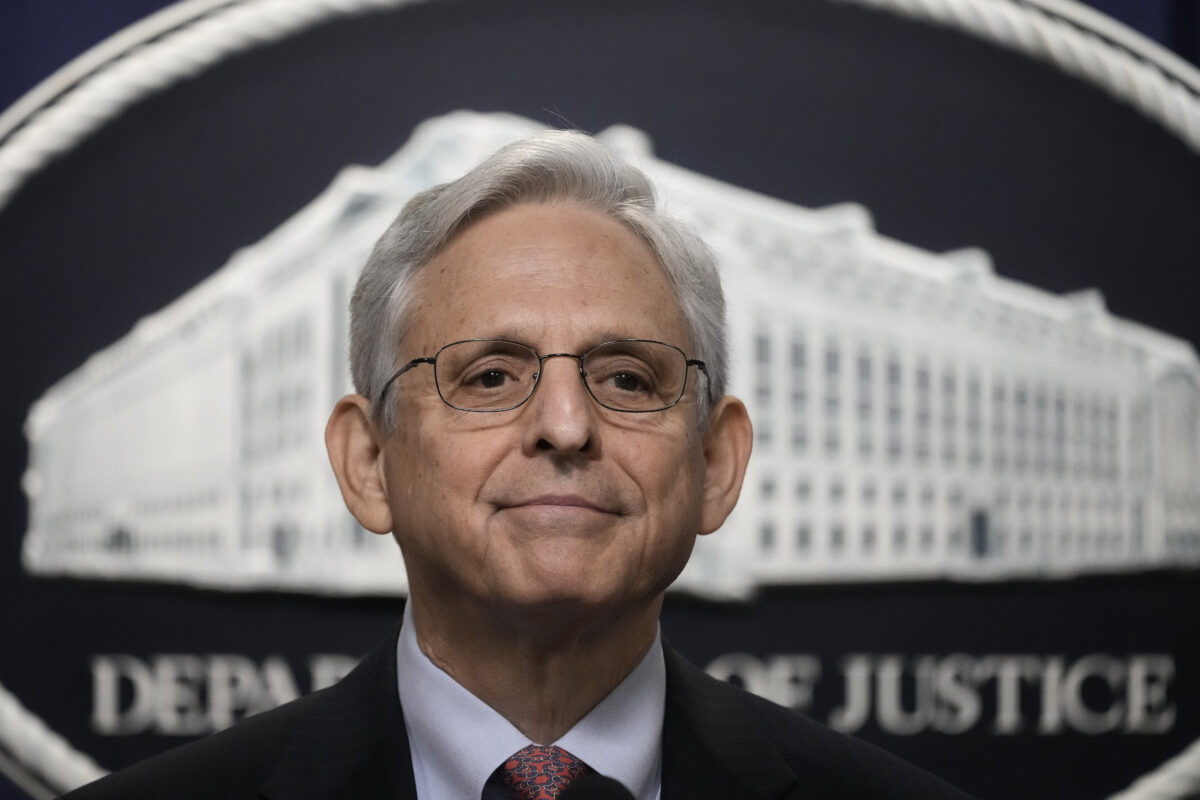 U.S. Attorney Merrick Garland speaks during a news conference at the U.S. Department of Justice August 2, 2022, in Washington, D.C.

During a naturalization ceremony at New York’s Ellis Island, Attorney General Merrick Garland recognized his own family’s immigration journey during World War II as he thanked the new citizens  for “choosing America as your home.”

The ceremony, which commemorated the 235th anniversary of the signing of the U.S. Constitution on Sept. 17, 1787, took place on Saturday at the site where millions of immigrants in the late 19th and early 20th century — including members of Garland’s family — poured into America.

Speaking to more than 200 newly minted U.S. citizens in the shadow of the Statue of Liberty, Garland described American citizenship as “a precious gift” for their future generations – one that Garland’s own grandmother gave to him when she fled the former Soviet Union due to religious persecution.

“My grandmother was one of five children born in what is now Belarus. Three made it to the United States, including my grandmother who came through the Port of Baltimore,” he said. “Two did not make it. Those two were killed in the Holocaust” — a fate, Garland asserted, that would have also befallen his grandmother were it not for the protection of American laws.

Garland also mentioned his mother-in-law, who escaped Nazi-occupied Austria, making her way to America in 1938 by way of New York.

Garland spoke of the importance of “the rule of law” and current threat of American polarization, invoking the Founding Fathers’ urge to remain united.

He ended the speech by thanking those before him, something he was unable to do with his own family.

“My family members who immigrated here have now long since passed. I regret that I cannot express to them how grateful I am for the gift they gave me in choosing to come to this country,” he said. “So let me thank each of you.”