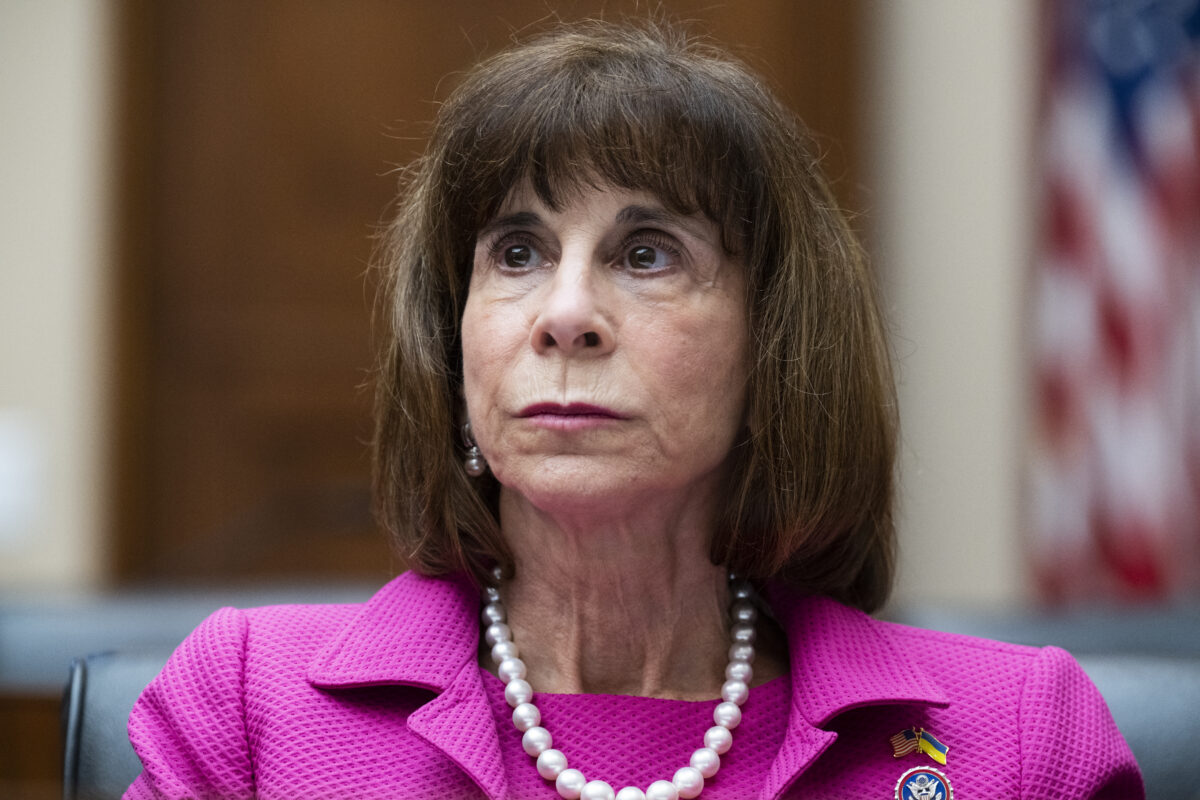 Rep. Kathy Manning (D-NC) attends the House Education and Labor Committee hearing titled Examining the Policies and Priorities of the U.S. Department of Labor, in Rayburn Building on Tuesday, June 14, 2022.

Rep. Kathy Manning (D-NC) named campus antisemitism as a priority as she prepares to take over Rep. Ted Deutch’s (D-FL) role as the lead Democrat on the House Bipartisan Task Force for Combating Antisemitism, a move that was announced on Thursday ahead of Deutch’s upcoming retirement.

“I have big shoes to fill with the retirement of Ted Deutch,” Manning told Jewish Insider, adding that she was “extremely excited” about taking on the role. “But I have spent the last probably 25 years working in various capacities to combat antisemitism. And it’s really an honor to be able to continue that work from the U.S. Congress.”

Manning, a former chair of the Jewish Federations of North America, has been involved in Jewish community political issues for decades, and has become a prominent voice against antisemitism in her first term in Congress. She characterized rising antisemitism in the U.S. as “a real threat to our democracy.”

She said she hopes to work with State Department antisemitism envoy Deborah Lipstadt, the Biden administration, colleagues in the House and Senate and the nonprofit community to “come up with innovative solutions and create a very strong, cohesive front on this issue,” naming campus antisemitism as a particular priority.

“We need to educate students, and we frankly need to educate members of Congress, about what these issues are, and what a terrible impact they have on our students,” said Manning, whose district includes Greensboro and Winston-Salem and is home to a number of universities.

Throughout Manning’s first term in Congress, lawmakers on both ends of the political spectrum have faced accusations of antisemitism, sometimes from their own colleagues.

Manning hopes to bring in speakers to educate her colleagues on antisemitism, including Lipstadt, focusing on the history and roots of antisemitism, its evolution throughout history and the “devastating impact” it has had on both the Jewish community and other communities.

There are also, she added, “opportunities to talk member-to-member to try to explain things to people, to change their way of viewing things and certainly change the way they articulate their issues.”

One member who might be on that list is Rep. Rashida Tlaib (D-MI), who has repeatedly faced condemnation and accusations of antisemitism from her Democratic colleagues, most recently over her comment that support for “Israel’s apartheid government” is incompatible with “progressive values.”

“I think it was a deeply antisemitic and uninformed comment,” Manning said. “I don’t think she understands what the true nature of Israel is.”

“Congresswoman Kathy Manning’s years of leadership in the Jewish community and strong voice since arriving in Congress will be an invaluable asset to the House Bipartisan Task Force for Combating Antisemitism,” Deutch said in a statement. “I am proud to leave the Task Force in her capable hands. I look forward to seeing the progress made under her leadership in the years to come and being an ally in those efforts in my new role.”

While Manning comes to the role with less than a full term of experience in Congress, she emphasized that she’s been working on Jewish community issues for years.

“I may be new in Congress, but I’ve been around for a while. And I’ve been dealing with this issue for many, many years. I think I’ve had some success in Congress. I think I’ve established credibility with many of my colleagues,” she said. “And I’ll continue to work hard to make sure that we’re reaching out on a bipartisan basis on a bicameral basis to address this.”

Members of the task force met on Thursday with representatives of the Conference of Presidents of Major American Jewish Organizations, JFNA, the American Jewish Committee, the Anti-Defamation League, Orthodox Union, Hadassah and the Religious Action Center of Reform Judaism.