Thomas-Greenfield: U.S. is pushing back on anti-Israel actvity at the U.N.

The U.N. ambassador discussed efforts to counter the Israel-focused Commission of Inquiry and other anti-Israel bias 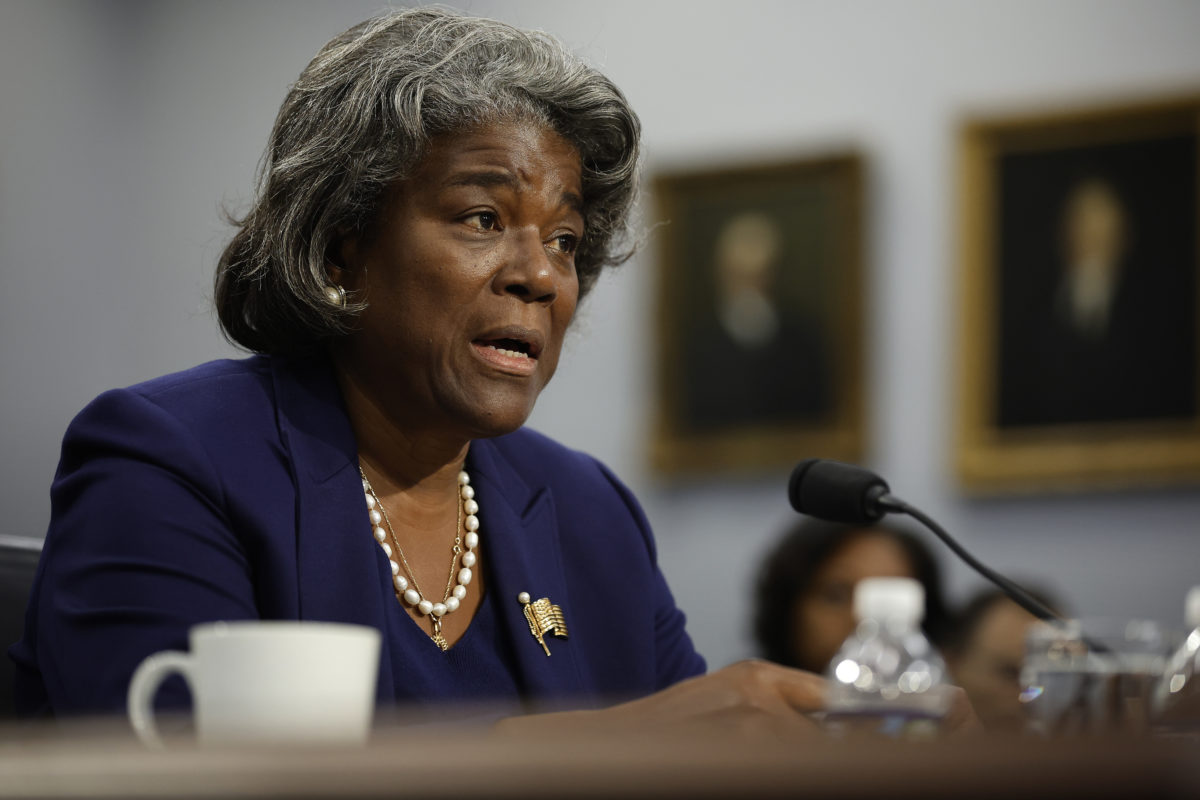 U.S. Ambassador to the United Nations Linda Thomas-Greenfield testifies before the House Appropriations Subcommittee on State, Foreign Operations, and Related Programs in the Rayburn House Office Building on Capitol Hill on June 08, 2022, in Washington, D.C.

Speaking at a House Appropriations Committee budget hearing this week, U.S. Ambassador to the United Nations Linda Thomas-Greenfield discussed the U.S.’s efforts to push back against the targeting of Israel by United Nations institutions, particularly the U.N. Human Rights Council.

Thomas-Greenfield said the U.S. was not a member of UNHRC when the Commission of Inquiry investigating Israel — which recently released a report the U.S. called “one-sided” and “biased” — was established, but acknowledged that the U.S. may not have been able to block its foundation even if it had been.

“But we certainly would have been able to block and push back on this open-ended mandate that they were given,” she said of the COI. “And we worked very, very hard in the Fifth Committee to cut the budget,” she said of the UN committee that deals with administrative and budgetary matters.”We cut it by about 25% and we will be working with other member states to do that.”

Thomas-Greenfield said she has had recent discussions with Israeli Ambassador to the U.N. Gilad Erdan and other partners about the issue.

“We have a meeting on Israel every single month [on the UNHRC] focused on the Palestinians,” she said. “And it is something we disagree with. It is something we are fighting against. And I think at the Human Rights Council you will begin to see that our presence will make a difference. And in the Security Council, I’m pushing aggressively against this unfair targeting.”

She also said that she has raised concerns about antisemitic and anti-Israel content in educational materials sponsored by the U.N. Relief and Works Agency for Palestine Refugees in the Near East (UNRWA) with both UNRWA leadership and the Palestinian Authority, which prints textbooks.

“[I] told them that this was really a red line for all of us,” Thomas-Greenfield said. “They hear your voices on this. They hear our voices on this… We will be watching what they do on these textbooks. There are other issues of management that we’re working with them very closely on and have monitored their work.”

She said that UNRWA has added inserts to the textbooks “countering this misinformation” — although the U.S. seeks to have the objectionable content in the books removed entirely.

“We’ve made that very clear to the Palestinian Authority and they’ve committed to us that they would remove them,” she said. “But we will not stop until we see action taken on this.”

To reform UNHRC’s membership — which includes numerous known human rights abusers — Thomas-Greenfield said that the U.S. has urged partners to run for seats on the council.

“Sometimes those countries are a little bit reticent about stepping up and they won’t step up if we’re not there,” she said. “What I’ve heard from the good countries on the council is, ‘Thank god you’re back. We couldn’t handle this without you. We need you at the table.’”