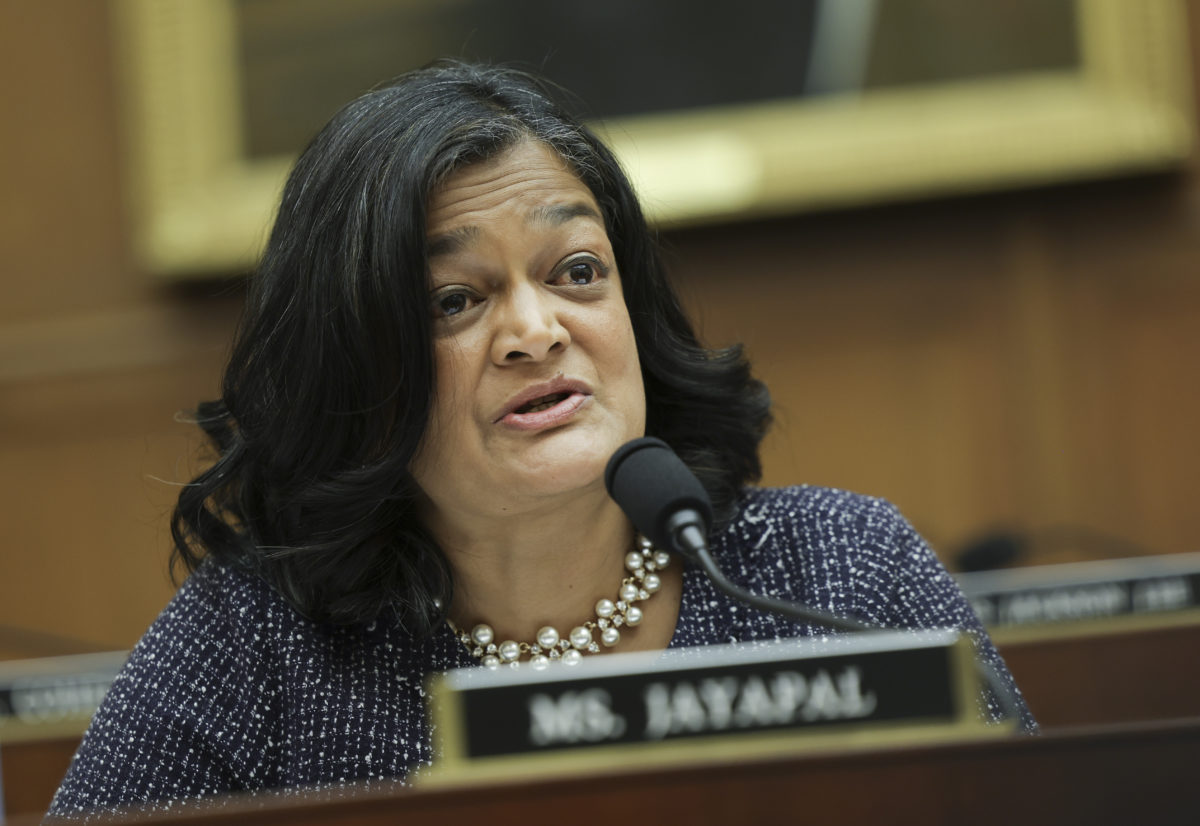 Mark Mellman, the president of Democratic Majority for Israel’s political arm, warned leaders of the Congressional Progressive Caucus that it would be engaging in potentially discriminatory behavior if it changes its endorsement rules to exclude members who accept campaign contributions from the pro-Israel group.

The idea was recently floated as a possibility by Rep. Pramila Jayapal (D-WA), the CPC chairwoman.

“Reforming our campaign finance system as a whole is a laudable goal,” Mellman explained to Jewish Insider on Tuesday morning. “But I don’t think the progressive caucus is going to want to allow endorsees to ‘accept’ anti-Israel money, but then turn around and discriminate against pro-Israel Democratic money, especially since they’d be repudiating a core element of the Democratic platform and the Biden-Harris agenda, which is support for a strong U.S.-Israel relationship.”

Mellman was responding directly to comments from Jayapal, who suggested to Punchbowl News on Monday that caucus leaders had been weighing the imposition of such a provision. Her remarks came amid rising tensions between far-left and moderate Democrats over the CPC’s recent endorsement of DMFI-backed Rep. Shontel Brown (D-OH), who is seeking reelection today in the Cleveland-area primary.

Jayapal said the CPC’s executive board had been mulling the possibility of revising its political action committee’s endorsement process “based on,” among other things, “whether somebody accepts this kind of giant PAC money, whether it’s from the crypto billionaires or whether it’s from DMFI.”

DMFI has spent more than $1 million on Brown’s behalf as she faces a primary rematch with Nina Turner, a former Ohio state senator and presidential campaign surrogate for Sen. Bernie Sanders (I-VT). Turner had earned an endorsement from the CPC’s PAC when she unsuccessfully campaigned for the seat in a heated special House election last year.

Brown, who prevailed with support from establishment Democrats and pro-Israel groups, among others, joined the progressive caucus after she assumed office in November. She was endorsed by the CPC PAC last month, though not without some apparent resistance from left-leaning members who had previously supported Turner. Rep. Alexandria Ocasio-Cortez (D-NY), for instance, announced on Monday night that she was again endorsing Turner.

While Jayapal had also personally supported Turner in 2021, she has defended the CPC’s decision to back a fellow incumbent “in good standing for four months.” Still, speaking with Punchbowl, the chairwoman acknowledged “the frustration” among critics of the endorsement and said she is now reviewing the process behind it.

“Should we have a certain period of time,” Jayapal said, “whether it’s six months or a year or something, that you have to be a member of the CPC and [in] good standing?”

How DMFI fits into the equation is somewhat more opaque and may hint at deeper fissures within the party — particularly as Israel has increasingly become a litmus test for progressives who are critical of American support for the Jewish state.

At least 20 members of the CPC — which includes nearly 100 House Democrats — have earned endorsements from DMFI in recent years.

Asked for comment, a spokesperson for Jayapal deferred to a CPC communications director who suggested reaching out to CPC PAC Executive Director Evan Brown. He did not respond to email inquiries from JI.

DMFI is by no means new to intra-party conflict. The pro-Israel group has often squared off against progressive primary challengers, including Rep. Jamaal Bowman (D-NY), who unseated former Rep. Eliot Engel (D-NY), a longtime pro-Israel stalwart.

Last year in Ohio’s 11th District, DMFI spent more than $2 million in an effort to boost Brown over Turner, who argues that she was misrepresented as anti-Israel by outside groups. In her concession speech last year, she criticized the “evil money” that “manipulated and maligned” the election.

“Obviously this race sent a very powerful message over the summer when Shontel Brown won and Nina Turner lost,” Mellman said in an interview with JI on Monday. “It was very important to us to make sure that message was confirmed in this election.”

DMFI has invested fewer resources this election, but still boasted in a memo that it is the top outside spending group in the race, ahead of Protect Our Future PAC, Mainstream Democrats PAC and United Democracy Project, the super PAC recently created by AIPAC.

“It’s a similar message that we had during the special election, but the difference before was it was all prospective, and now we’ve got some actual facts,” Mellman told JI, praising Brown as a “pro-Israel champion” in the House.

In her second attempt, Turner has engaged in more direct outreach to Jewish voters in Cleveland while appearing to fine-tune her messaging on Israel.

But many community members continue to side with Brown. Pinchas Landis, an Orthodox Jewish rabbi from University Heights, says the congresswoman has remained outspoken in her support for the Jewish state, even amid resistance from what he characterized as “anti-Israel tendencies” within the party.

“We really feel that in the four months she’s been there that she’s really keeping that promise of standing strong,” he told JI. “There’s a lot of pressures right now in the different caucuses.”