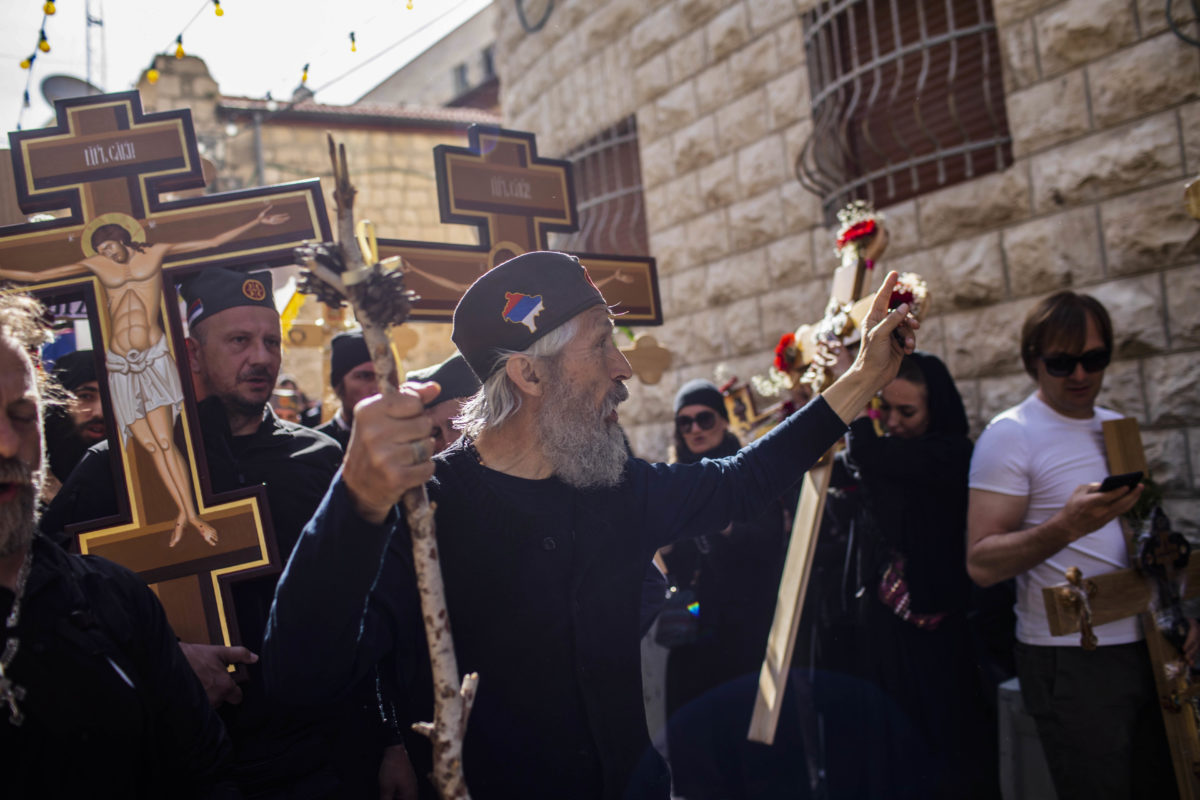 Orthodox Christians carry wooden crosses as they walk along the Via Dolorosa (Way of Suffering) during the Good Friday procession in the Old City of Jerusalem.

An unlikely coalition of lawmakers, including progressive Democrats critical of Israel and typically pro-Israel Republicans, came together on Friday to charge that Israeli perpetrators of attacks on Christians and Christian sites in Jerusalem are “able to act with impunity.”

The letter — addressed to Secretary of State Tony Blinken — was led by Reps. Joaquin Castro (D-TX) and Gus Bilirakis (R-FL) and points to a series of incidents, the majority of which took place in 2020 and 2021, in which Christians and Christian institutions were attacked by Israelis in Jerusalem. The most recent incidents cited in the letter date back several months.

“We write today as a bipartisan group of Members of Congress deeply concerned by the rise in attacks against the Christian community in Jerusalem,” the letter reads. “​​Despite general protections afforded to minority religious communities by the Israeli government, the actions of radical groups pose a grave threat to the long-term viability of the Christian presence in Jerusalem.”

A spokesperson for Castro told Jewish Insider that the Texas congressman “has been tracking the issues the letter touches on for some time,” and attributed the letter’s timing to difficulties coordinating with other congressional offices, and an upcoming visit by Jerusalem church leaders to Washington in May.

“Reps. Castro and Bilirakis refrained from sending the letter earlier last week out of respect for Yom Hashoah observances,” she added.

The spokesperson said the letter had been written primarily in cooperation with Churches for Middle East Peace. It has also been promoted by J Street.

“This is an important bipartisan initiative by Reps. Castro and Bilirakis calling on Secretary Blinken to work with the Israeli government to ensure accountability for Jewish extremists attacking Christian institutions in Jerusalem, and J Street is pleased to welcome it,” J Street’s director of government affairs, Debra Shushan, told JI.

The letter quotes the Patriarchs and Heads of Churches in Jerusalem, who claim “these tactics are being used by such radical groups in a systematic attempt to drive the Christian community out of Jerusalem and other parts of the Holy Land.”

The signatories call on the State Department “to work with the Israeli government to uphold its stated commitment to the freedom of religion and worship for all religions and to hold accountable the radical groups who are engaging in sustained attacks against Christian clergy and destruction of church properties.”