The freshman Republican from Michigan also wants to see the U.S. better enforce sanctions on Iran 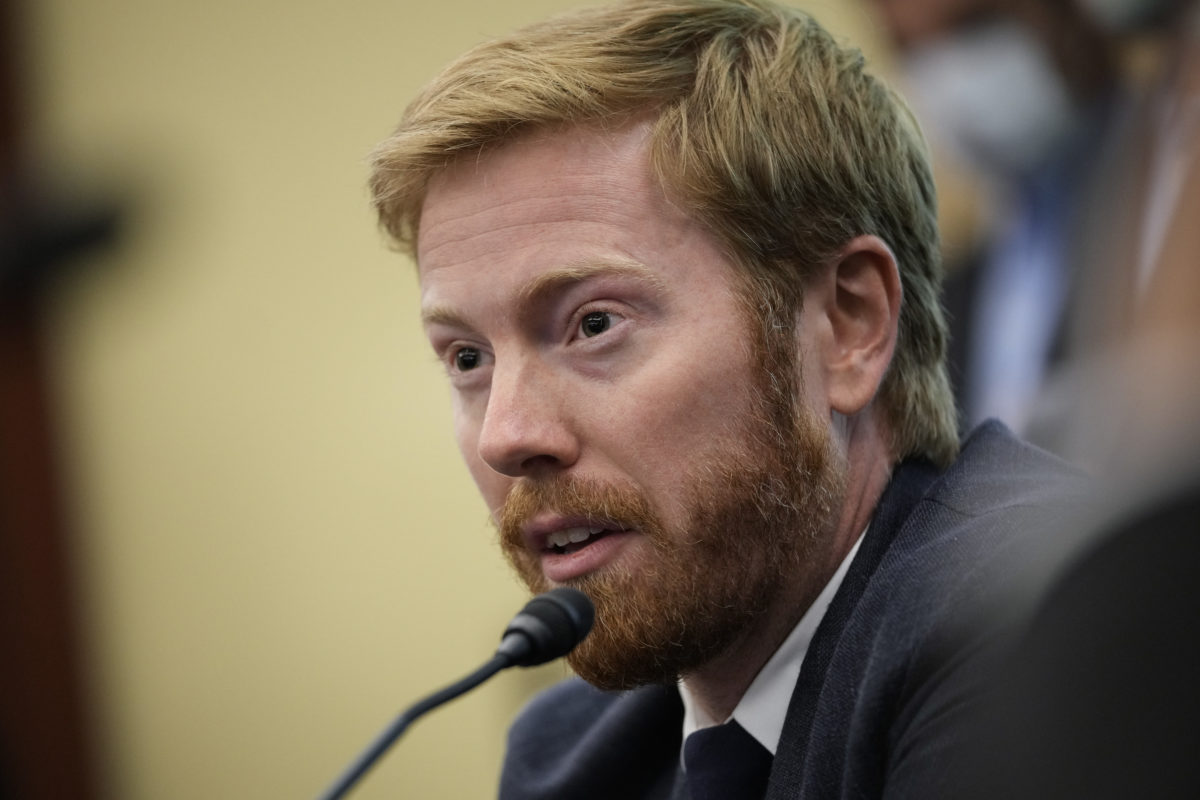 Rep. Peter Meijer (R-MI) speaks about the American military withdrawal in Afghanistan, during a meeting with House Republicans, including those who served in the military, on August 30, 2021, in Washington, D.C.

Relationships between Israel and its Gulf allies that were forged in the Abraham Accords can serve as a buffer against Iran’s growing influence in the Middle East, Rep. Peter Meijer (R-MI) said on Monday.

The freshman member of the House Foreign Affairs Committee told Jewish Insider in an interview at the Milken Institute’s Global Conference that the Abraham Accords “have started to develop some really strong connective tissue between Israel and many of the GCC states,” referring to the Gulf Cooperation Council.

Meijer proposed encouraging ties between Israel and the Sunni states in the Gulf Cooperation Council that also view Iran as a threat.

“The more we can continue to build on that, and not just have it be a question of maximum pressure, where if you are like Iran, you will be punished, but then also say, but if you are not, look at the wonderful things you can unlock for your own country in terms of prosperity. So making that gap even wider to both have the carrot and the stick in equal proportion.”

Meijer warned against “doing anything that could be perceived as rewarding” Iran and called the ongoing nuclear negotiations with Iran “opaque.” Enforcing existing U.S. sanctions on Iran, he said, is the only way for the U.S. to keep the Islamic Republic at bay.

“The Iranians are clearly trying to evade those sanctions in many different ways, and so we need to be cutting them off at every pass, whether or not there are capabilities to enact new sanctions — there probably are,” said Meijer, “but also, I think it’s more important to make sure that the ones that are there are not just paper tigers, that they are being enforced vigorously.”

Meijer said he is not outright opposed to a deal and would be “happy to think things through” on a theoretical situation that he acknowledges is quite improbable in real life: “a theoretical world where the Rouhani regime says we will no longer be exporting terror throughout the region, we will no longer be supplying weaponry to those who attack American soldiers and American allies, we will completely forswear ever developing a nuclear weapon and we could verify that and validate that to absolute rock-solid confidence.”

In February, Meijer traveled to Israel on an American Israel Education Foundation trip for first-term Republicans. He had traveled to the country previously with his wife but said that seeing an Iron Dome installation and visiting Israeli communities along the border with Gaza provided “​​just a really unique vantage into the opportunities, the challenges and the present reality that Israel is facing.”