The TV host, who would be the first Muslim senator, says his support for Israel is rooted in his faith 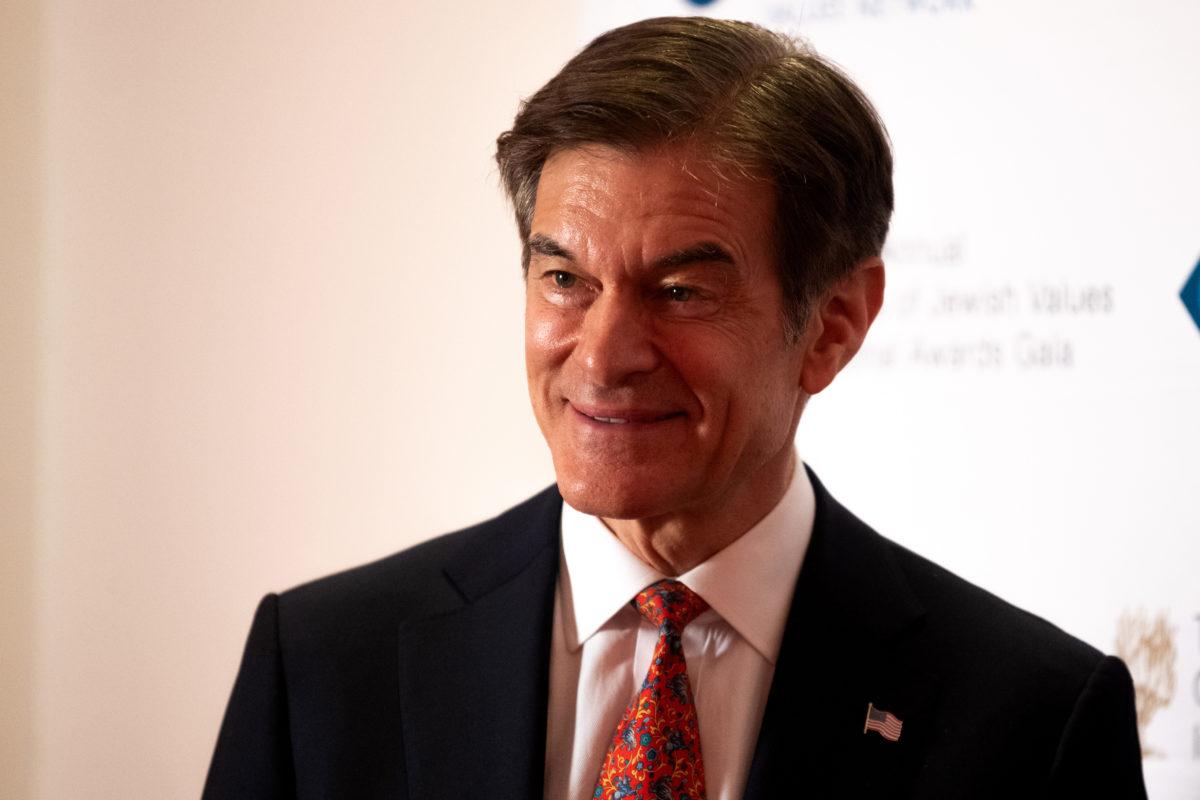 Amid Dr. Mehmet Oz’s abrupt transition from talk show host to Pennsylvania Senate candidate, his GOP primary opponents have tried to paint him as out of his depth and insufficiently loyal to the party. Recently resurfaced clips from “The Dr. Oz Show,” in which the former cardiothoracic surgeon expressed support for the Affordable Care Act and hosted a prominent transgender guest, have drawn controversy from conservatives.

Oz has generally avoided taking positions on geopolitical and foreign policy issues on his TV show. But on Israel, it appears the candidate is taking a strongly pro-Israel stance that places him in line with other congressional Republicans, according to a policy memo obtained by Jewish Insider.

“Israel is a vital American ally and a vibrant democracy in the world’s most troubled region,” Oz writes. “The incredible friendship between our countries is carved into the bedrock of our shared values and common belief in God, liberty, equality, and human rights.”

Oz, who has dual citizenship with Turkey, has spoken previously about his connection to Islam — if elected, he would be the first Muslim senator — and the lessons in practicing his faith that he has learned from his Turkish family. He draws from his faith in his approach to Israel, he writes in the memo.

Using grandiose language, Oz delineates his enthusiasm about a country grounded in the three major faith traditions and a desire for people of all three religions to practice freely in the Jewish state. He outlines his stance on several key issues without offering much detail on how those positions would inform his approach to legislation.

“I will strongly support American efforts to ensure that Israel has the qualitative military edge it needs to defend itself against genocidal enemies and terrorists,” Oz said, and added that he will stand by Israel “on the world stage and in the United Nations, where it is so wrongfully singled out for abuse.” He also pledged to oppose the Boycott, Divestment and Sanctions movement, which he called “antisemitic.”

The paper does not mention the Palestinians, although Oz expressed support for the Taylor Force Act and said he “oppose[s] the grotesque cash rewards given to the families of terrorists who murder Israelis.”

In the paper, Oz frequently describes the holy nature of Israel and the unique confluence of faiths in the region. He references a trip he took to Israel in 2013 with Rabbi Shmuley Boteach, recalling that he “was welcomed with warmth and respect by members of all faiths, and witnessed a country with millions of Jews, Muslims and Christians living and worshiping freely and united by a shared commitment to coexistence and peace.”

Oz writes that “President Trump was right to recognize Jerusalem as Israel’s capital city” and argues that “Jerusalem must remain an undivided city, allowing all to have free access to the holy sites of Christianity, Judaism, and Islam.”

Iran “poses uniquely grave challenges for Israel and America,” and as such, Oz said, Iran must be prohibited from obtaining a nuclear weapon. He called the 2015 Joint Comprehensive Plan of Action with Iran a “badly flawed agreement that would not deny an Iranian bomb,” and said Trump “was right to withdraw from the deal and impose maximum pressure sanctions.” He called for the U.S. to “return[…] to those sanctions at the earliest possible time.” The policy paper did not explain how Oz would approach the current nuclear negotiations happening in Vienna.

Oz praised the Abraham Accords, which normalized ties between Israel and several Arab nations, as “a historic leap for diplomacy and brotherhood” that shows “the fulfillment of Biblical prophecies for peace.” He said the next step must be “to capitalize on those gains to further deepen ties, heal the region, and promote hope in the world.”

The longtime TV host has drawn scrutiny for his close ties to Turkey, particularly his two years of service in the Turkish army and his dual citizenship. (Oz was born in Ohio.)

On Tuesday, the website PoliticsPA reported that Oz said that he would keep his Turkish citizenship even if such a decision disqualified him from obtaining the security clearances that are provided to all senators so they can access classified and sensitive information. “I can love my country and love my mom,” PoliticsPA quoted Oz as saying, explaining that he would keep his Turkish citizenship to care for his mother, who lives in the Mediterranean country and has Alzheimer’s disease.

PoliticsPA did not publish a video of Oz’s remarks, and in a tweet, his campaign manager denied the comments were made — and, further, that maintaining dual citizenship would not disqualify him from a security clearance. Unlike congressional staffers and other government employees, elected officials do not need to apply for a security clearance. Being elected to the Senate would automatically grant Oz the ability to handle classified material.

A 2016 order from the Director of National Intelligence changed the security clearance policy to allow Americans with dual citizenship to earn a security clearance, although in certain circumstances the dual citizenship could still be disqualifying or problematic. It is unclear whether such concerns would emerge for a U.S. senator, for whom election to the office is viewed as a “public seal of access” to classified information.

Recent polling has shown Oz in second place to hedge fund manager Dave McCormick, with roughly a third of voters remaining undecided. A spokesperson for Oz did not respond to a request for comment.