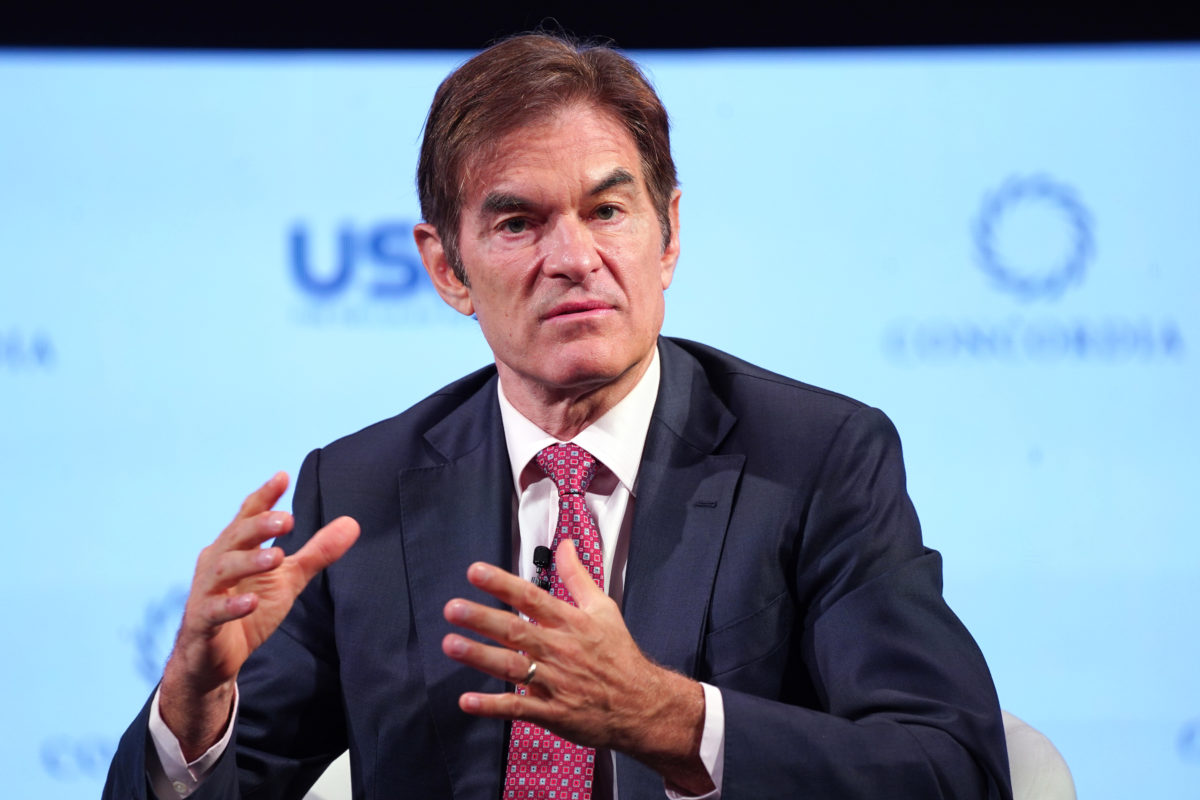 TV personality Dr. Mehmet Oz’s announcement last month that he is running for Senate in Pennsylvania has been met with a mixture of surprise and curiosity by political strategists and activists in the state.

The political neophyte joins a growing field of Republicans vying for their party’s nomination in the open seat, which will be vacated by Sen. Pat Toomey (R-PA), who opted not to run for a third term.

“This is a good thing. We’ve got a really serious individual with a lot of name recognition, with access to campaign funds. That makes a lot of sense,” said Mike Conallen, who has served as chief of staff to three Pennsylvania Republicans in the House of Representatives. “But honestly, his lack of connection to Pennsylvania is going to be a serious problem.”

Oz, 61, has lived in New Jersey for the last three decades, and he commutes to Manhattan to film “The Dr. Oz Show” and perform surgeries at New York Presbyterian-Columbia Medical Center. He has said he and his wife moved to Bryn Athyn, a suburb of Philadelphia in Montgomery County, last year, although social media activity shows him routinely spending time in New Jersey.

“Dr. Oz is a smart guy, and he says, ‘If I ever want to run in the U.S. Senate, Pennsylvania is a state where it’s sort of a swing state. Republicans can win there. And next year is a great opportunity, this might be the window,’” Conallen explained.

The question, Pennsylvania native Ari Mittleman asks, is, “Does he know the difference between a Bethlehem and a Bedford?” These are “very different communities,” said Mittleman, who now lives in Washington, where he runs a government relations firm and hosts a podcast about Pennsylvania politics. “Sixty-seven very diverse counties is a lot of road miles.”

Oz joins Philadelphia businessman Jeff Bartos, the party’s candidate for lieutenant governor candidate in 2018, along with Carla Sands, who served as U.S. ambassador to Denmark during former President Donald Trump’s administration. Hedge fund executive David McCormick, who served in the Treasury Department in the George W. Bush administration, is also likely to be joining the race and on Monday launched an exploratory committee.

Oz, who attended the University of Pennsylvania Medical School, is framing his campaign around the COVID-19 pandemic, arguing that Pennsylvania needs a doctor who can combat the coronavirus without shutting down schools and businesses. A cardiothoracic surgeon, Oz’s campaign website proclaims that “America’s heartbeat is in a code red in need of a defibrillator to shock it back to life.”

His campaign website hints at his positions on some major issues — ”100% Pro-Life,” supporting a border wall, fighting indoctrination from the “extreme left” — but most are vague, and some of what he has listed contradicts previous statements on the issues.

As recently as 2019, Oz publicly expressed support for abortion rights. In an interview on Fox News this month, he said he supports exceptions to outlawing abortion in cases of rape, incest or a health risk to the mother’s life. He tweeted in June 2020, amid racial justice protests following George Floyd’s death, about the prevalence of “systemic racism” in the medical field, while many conservatives argue that “systemic racism” does not exist.

“I think it’s sort of a calculated thing he’s doing by not necessarily taking a decided position on a lot of different issues, or being sort of fuzzy on whatever that platform might be,” said Conallen.

Some far-right commentators like Steve Bannon and Jack Posobiec have begun making the case that Oz is not really a conservative or a supporter of Trump, Politico reported this week.

Only one foreign policy issue is mentioned on Oz’s website. “Get tough on China,” it says; Oz wants to keep jobs in America rather than shipping them overseas, a common bipartisan position.

The son of Turkish immigrants, Oz would be the first Muslim member of the Senate. “I think Islam is a huge opportunity, and an obligation to explain what it’s really about. It’s too easily characterized as people blowing things up, motivated by hate. It doesn’t really reflect the religion I grew up with,” Oz said in a 2017 interview with the Turkish broadcaster TRT. “I grew up learning Islam from my grandmother who was born before the First World War and had a very deep faith and a humbleness that went along with it.”

Oz is a dual citizen of Turkey and the United States and, if elected, would be the only U.S. Senator with dual citizenship (In 2014, Sen. Ted Cruz (R-TX) renounced his newly discovered Canadian citizenship after learning that he had it).

Oz also served for two years in the Turkish army. He visits Turkey often and remains closely connected to the country, where much of his extended family lives. Earlier this year, Oz appeared in an advertising campaign for Turkish Airlines, which is 49-percent state-owned. In a four-minute informational video, Oz offered a medical seal of approval to the airline’s COVID-19 safety procedures.

“I would offer that if you don’t understand this city that we’re sitting in, Istanbul, it’s very hard to understand the world,” Oz said in the 2017 interview. “The Roman Empire didn’t really just collapse and go away. The Roman Empire moved to Istanbul, to Byzantium, and for over a thousand years carried the torch of Western civilization.”

He has not weighed in publicly on his positions on Middle East politics, particularly as they relate to Turkey. But Oz has at least met Erdogan several times, appearing with him in photographs at events including a 2018 investment conference and a 2014 gala.

In Pennsylvania, the issue has more relevance — the state is home to Fethullah Gülen, a Turkish religious leader who has lived in Pennsylvania in self-exile for more than two decades. Turkish President Recep Tayyip Erdogan blamed Gülen and his followers for a failed coup attempt in 2016. Gülen’s followers claim he has been scapegoated as Erdogan cracks down on dissidents. Erdogan has repeatedly called for Gülen’s extradition.

Conallen dismissed the notion that Oz’s Turkish heritage, or the presence of Gülen in the state, could have any real role in the election.

“In my past experience, the issue of Turkey and Armenians and Turkey’s role in that region, it comes up, but it comes up among a fairly limited constituency that really cares and follows about that issue,” Conallen said. “I don’t think your normal Pennsylvania resident in either Bucks County or Harrisburg or even in South Philly is really thinking about that issue.”

Oz visited Israel in 2013 with Rabbi Shmuley Boteach on a trip funded by Republican donor and casino magnate Sheldon Adelson, who died earlier this year. Oz approached the Israeli-Palestinian conflict in much the same way he is approaching his Senate campaign: as a doctor who knows how to ease suffering.

“As a healer I would love to contribute whatever I can to ease suffering of those caught in the current conflicts,” he told Boteach in an interview at the time. “My primary purpose is to examine our shared values, which holds huge potential to helping people make sense of what is going on in the Middle East.”