Gen. Kenneth McKenzie said he supports a nuclear deal even though it would give Iran additional funds for other malign activities 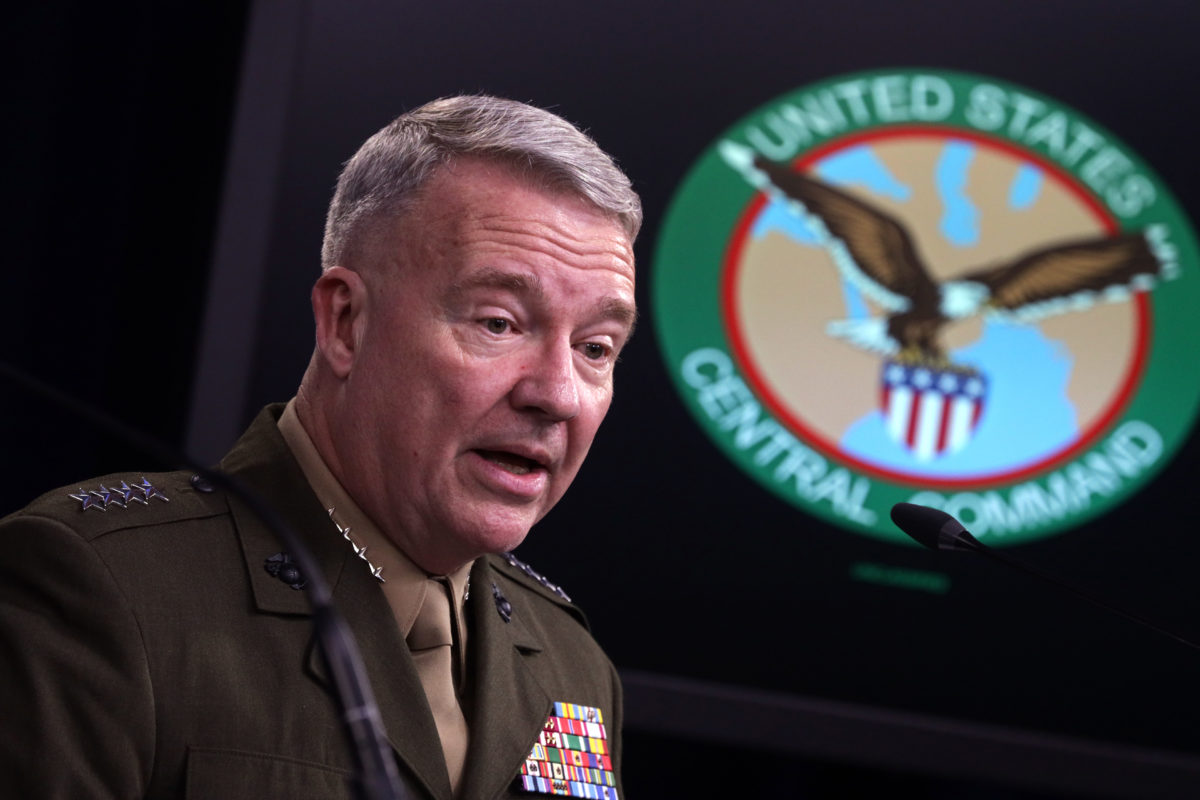 Outgoing U.S. Central Command Commander Gen. Kenneth McKenzie said on Tuesday that he would “fully support” a nuclear deal with Iran, acknowledging that in a new agreement, the Biden administration would provide the Iranian regime with more money that could be used to finance Tehran’s malign activities in the region.

“I’m not an economist, I’m not familiar with the economic impacts of that deal. I would say this: from where I sit, the number one objective that I’ve been given is we don’t want Iran to have a nuclear weapon,” the top U.S. military official in the Middle East told the Senate Armed Services Committee. “And it would seem to me that approaching that through a diplomatic solution would be the best way to get to that end. I recognize there are second-order effects that might proceed from that in terms of sanctions relief and I acknowledge that.”

McKenzie emphasized on Tuesday that he would support a “good agreement that prevented [Iran] from obtaining a nuclear weapon.” He also said he views the Islamic Revolutionary Guard Corps (IRGC) as a terrorist organization. The Biden administration is reportedly mulling withdrawing terrorism sanctions on the IRGC as part of the nuclear agreement.

He added that he hopes a nuclear agreement can be a “bridge” to further negotiations tackling Iran’s ballistic missile program and proxy activities through diplomatic means, suggesting that it was not “feasible” to tackle those issues in the current negotiations.

Despite the multitude of concerns, McKenzie argued that the U.S.’s posture with regard to Iran has improved in recent years, noting that Iran has been “largely deterred” from directly attacking the U.S. He said he is “absolutely” sure that the recent Iranian ballistic missile strike in Erbil near a U.S. consulate was not targeting a U.S. facility.

He also characterized the current political situation in Iraq — Iran’s “principal battleground” for pushing back U.S. influence in the region — as advantageous for the U.S., given that the current Iraqi government is friendly toward the U.S. and NATO.

“It has driven Iran and its proxies in particular to seek kinetic solutions to push us out. They believe that by causing a significantly high level of pain, we’re going to leave. And that actually of course has not proven to be the case,” he said. “They have not been particularly successful with those attacks.”

McKenzie said that U.S. anti-drone systems “are starting to work.” He had warned the House in April 2021 that the U.S. had struggled to counter Iranian drones and had lost full air superiority “for the first time since the Korean War.”

“I think [Soleimani] is an abject lesson that you can’t attack Americans with impunity,” he explained. “The Iranians have never doubted our capability, occasionally they doubt our will.”

But he cast a more dire picture of the situation in Yemen and the Gulf, saying that the Iran-backed Houthi militants were “prodded directly by their Iranian masters” to carry out attacks on Saudi Arabia and the United Arab Emirates.

The Marine corps general, who is set to retire in the coming months, also told lawmakers that he sees significant space for air and missile defense cooperation between Israel and its new allies in the Gulf, with which it has normalized relations in recent years, and said CENTCOM is seeking to continue to grow Israel’s participation in regional exercises.

He described Israel’s recent integration into the CENTCOM area of responsibility as “the operational effect of the other normalization of Israeli relations across the Gulf.”

Bonus: Also during the hearing, Sen. Joe Manchin (D-WV), who voted against the original Iran Deal in 2016, expressed concern about Iran’s potential re-entry into the global oil market, and said that the original deal was “giving them too many reliefs on their sanctions up front.”