In Jerusalem, an ancient site undergoes renovations with modern technology

'In the past, the building was just a venue for the museum, but the story of the Tower of David is the story of Jerusalem' 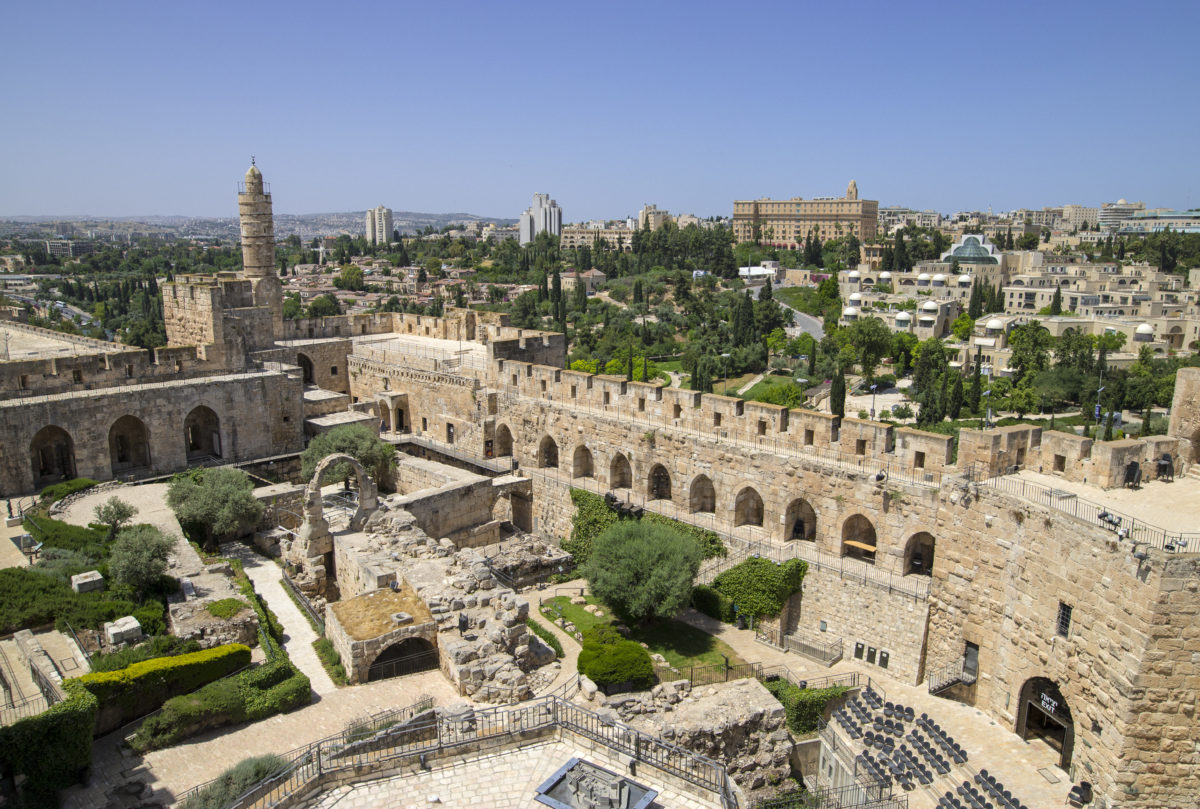 The Tower of David Museum, at the entrance to the Old City in Jerusalem, is undergoing a $50 million renovation to update its permanent exhibition. The museum is perhaps the only spot in the city where the handiwork of every previous ruler is still visible.

When renovations began on Jerusalem’s Tower of David Museum in March 2020, those behind the project were excited, not only about creating a new and innovative way to tell the intricate 3,000-year-old story of one of the world’s most important cities but also because it offered a chance to rediscover and carefully preserve Jerusalem’s history-filled stones for a new generation.

The museum, which sits inside the iconic citadel adjacent to the Jaffa Gate, is traditionally one of the most visited sites in the Old City, attracting more than 500,000 visitors a year pre-pandemic. Its draw is that it is perhaps the only spot in the city where the handiwork of every previous ruler is still visible, with well-preserved remnants telling Jerusalem’s story — layer by layer — and sweeping panoramic views from atop the ancient Phasael Tower making clear why this location was so essential for those in power.

“It’s the highest point in the Old City and very strategic,” Caroline Shapiro, director of international public relations for the museum, told Jewish Insider during an exclusive tour of the renovations and preservation efforts this week. “Anyone wanting to defend or rule the city had to do so from here.”

Extensive archeological excavations and renovations were carried out at the site before the museum opened in the 1980s, but the methods of conservation and preservation popular at the time were rudimentary and often misguided or insensitive to the techniques and skills of the original builders.

Now, thanks to a $50 million remodeling project — with lead funding from Dame Vivien Duffield and the Clore Israel Foundation, with additional support from the Patrick and Lina Drahi Foundation, the Jerusalem Municipality, the Ministry of Jerusalem and Heritage, the Ministry of Tourism, the American Friends of Museums in Israel and Keren Hayesod — archeologists and conservationists are applying new concepts and new technology to better understand Jerusalem’s past and better preserve its venerable architecture for the future.

As curators work to reimagine the museum’s main exhibition, moving from a chronologically based story to one with deeper insight into how and why Jerusalem became so instrumental for Jews, Christians and Muslims, and construction crews upgrade lighting, climate, acoustics and accessibility in the multiple halls, a team of archeologists, conservationists, architects and engineers are also present to make sure the ancient infrastructure remains sound and secure.

Yotam Carmel, director of conservation at Ken Hator Engineering Ltd., which is spearheading the project, told JI that operating in such a historical space is about balance and preparing for the unknown.

The overall goal, he said, was finding a way to combine the old with the new by “using the same materials and techniques as the original builders but adding in modern solutions” to repair and safeguard the buildings.

Using high-tech machinery to detect natural erosion or seismic activity within the thick stone walls, Carmel has been forced to decide what should be maintained and what needs to be replaced. “We’ve had to negotiate over every single stone,” he said, recalling a lengthy debate over a single rotting brick in the Phasael Tower’s central foyer.

But the key to preservation, he theorized, was making sure the complex remained relevant. “If a building is being used, then it is better maintained and there is also a better budget for restoration,” said Carmel. A structure that is not heated or cooled to present-day standards or is not accessible to accepted levels will stop being used, he explained, and then it will fall into disrepair.

“The world has changed for the better and in order to keep up with that, you have to compromise and sometimes make sacrifices on the original architecture,” Carmel said, pointing out the newly constructed elevator shaft that now rises through a gloriously vaulted ceiling to allow people with disabilities to reach the upper level of the tower for the first time.

He said the biggest challenge working on a 2,800-year-old structure — where previous builders built their designs on top of previous structures, utilized rubble left by predecessors, or, in more recent history, obscured or ruined the older infrastructure with more modern materials — was all the unknowns.

As with any construction project inside Jerusalem’s ancient walls, it is the secrets hidden below the ground, beneath more recent layers, that often present the most unpleasant surprises.

The biggest surprise for archeologists took place at the location of what will soon be a sparkling new entrance pavilion to the museum. Designed by Yotam Cohen-Sagi from Tel Aviv firm Kimmel Eshkolot Architects, Cohen-Sagi will create what he calls a “modest” addition to the Old City, in the form of an unobtrusive glass structure tucked between the outer wall of the citadel and the city’s perimeter wall that will take visitors down two floors through a tunnel into the museum.

As machines began removing dirt from the area, which originally served as a Crusader moat, they realized that beneath the massive Jerusalem stones that form the walls of the Old City there were no solid foundations.

“We thought that whoever built these walls must have placed the foundations on the bedrock, but all we found there was dirt and cement,” Cohen-Sagi told JI.

While this discovery temporarily halted the construction, with engineers brought in to secure the stone, the break gave archeologists a chance to re-explore 500-year-old Ottoman architecture and building methods.

Amit Re’em, an archeologist with the Israel Antiquities Authority who has been working on the project, said the renovation was a “rare opportunity to explore a symbol of Jerusalem.”

Although the site was excavated by British archeologists nearly 100 years ago, Re’em said they relied on classic archeological methods to date the structure. With updated technology, including the use of carbon dating, he said archeologists will be able to create a more accurate timeline for Jerusalem.

“In between the stones, there is cement and chalk and charcoal that we collected and sent to be analyzed at the Weizmann Institute so we can date the stones more precisely,” Re’em explained. The results of the analysis will be published soon, Shapiro, the museum’s PR director told JI.

“The Tower of David is a special site that represents all the archeological layers of Jerusalem,” said the museum’s director and chief curator, Eilat Lieber, who is the visionary and driving force behind this ambitious project.

Lieber said that after three decades, the museum needed to be updated not only to include the most recent layer of history but also to incorporate the living history of the actual building. “In the past, the building was just a venue for the museum, but the story of Tower of David is the story of Jerusalem,” she said.

The current renovations, said Lieber, are only the first phase of a much bigger project, which will also see an auditorium and classrooms added to the site. Still in the planning and fundraising stages, the second phase will enclose the hollow space that sits under the plaza linking the Mamilla Mall to the Jaffa Gate, and includes remnants of a Byzantine bathhouse and ancient graves.

“I want to make archeology from the past, part of the future,” Lieber told JI. “The Tower of David is the gateway to Jerusalem, and I really hope that we will recover soon from the [COVID-19] crisis, so people from all over the world will return to this city.”