While she’s largely stayed out of the spotlight on Israel issues, the New Mexico congresswoman has been a leader in advocating for descendants of conversos 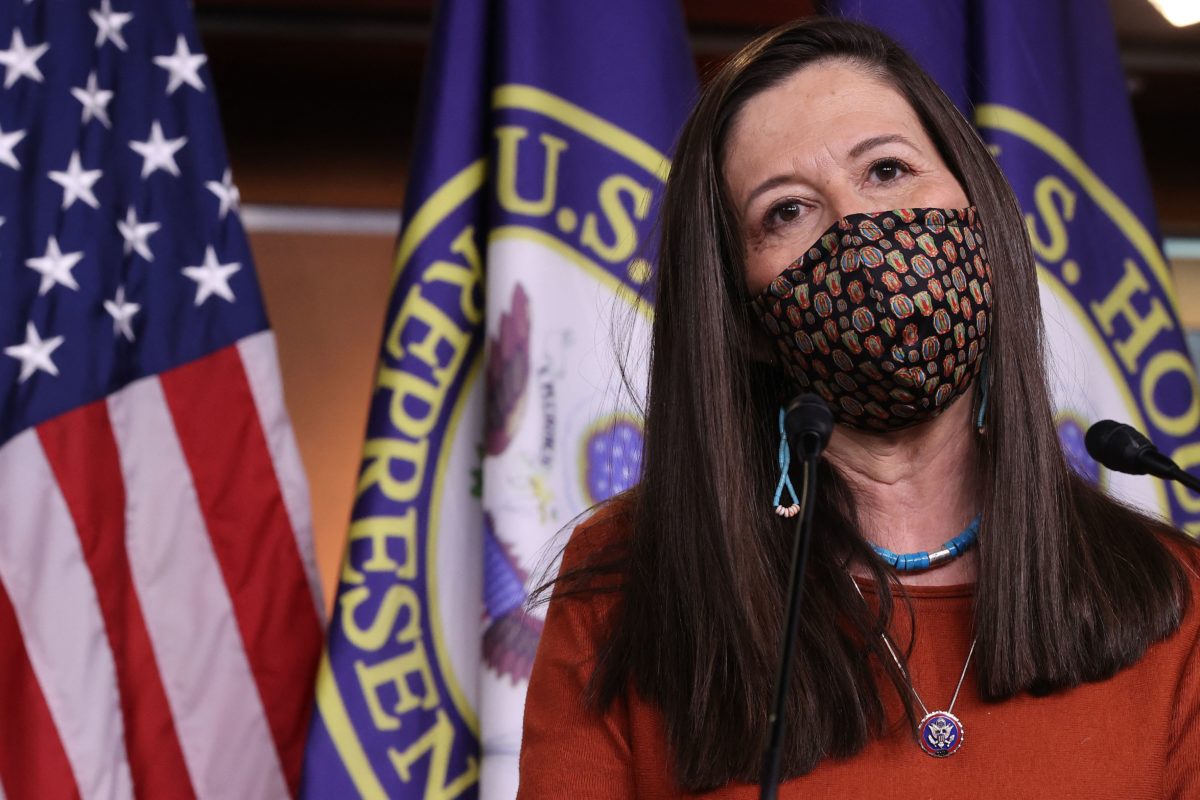 In early December, a small group gathered around a Zoom screen in a living room in Northwest Washington to hear from a perhaps unusual set of speakers — two officials from Givat Haviva, a nonprofit run by Israel’s Kibbutz Federation, and Rep. Teresa Leger Fernandez (D-NM), a first-term New Mexico congresswoman who has not been particularly outspoken on Israel issues during her time in office.

The event earlier this month, organized by Heart of a Nation, a pro-Israel group launched earlier this year by former longtime AIPAC official Jonathan Kessler to bring together progressive Americans, Israelis and Palestinians, appears to be one of Leger Fernandez’s first forays into the national pro-Israel space.

The congresswoman’s remarks focused primarily on her personal background and New Mexico’s history of mixed indigenous, Spanish and Sephardi backgrounds and cultures.

Kinney Zalesne, a general manager of corporate strategy at Microsoft and member of Heart of a Nation’s advisory committee, has been friends with Leger Fernandez since they served together as White House fellows in the mid ‘90s, and organized her appearance at the recent event. Zalesne told Jewish Insider that “it occurred to us that Teresa, in her role as chair of the House Subcommittee [for] Indigenous Peoples, could be such an interesting addition to this conversation.”

Introducing the event, Kessler said that Leger Fernandez was “excited” about listening in on the conversation with the Givat Haviva speakers despite a busy vote schedule. “She said, ‘I’m going to find a way to Zoom in… so that when I visit the region for the first time, I won’t be interacting with strangers — I’ll be interacting with friends,’” Kessler recalled.

Leger Fernandez did not respond to a request for comment.

Back home, the Jewish community in Leger Fernandez’s Santa Fe-area district rallied behind her in last year’s Democratic primary amid concerns about her more high-profile opponent, former CIA officer Valerie Plame. Plame faced scrutiny for sharing an article entitled  “America’s Jews Are Driving America’s Wars,” from a white nationalist website that promoted antisemitic views, defending that article as “very provocative, but thoughtful” and accepting campaign donations from an accused Holocaust denier. Local Jewish leaders said their relationship with the new congresswoman has remained solid in the year since she took office.

The freshman congresswoman’s most prominent engagement with Jewish community issues has been in a niche deeply connected to New Mexico’s history, as a vocal advocate for restored Spanish citizenship for descendants of Jews and conversos expelled from Spain during the Inquisition. Leger Fernandez’s ancestors include Jews who fled Spain, and one relative was burned at the stake in Mexico City due to his religion.

Descendants of Sephardi Jews — both Jewish and non-Jewish — are a significant population within her district as well, and Leger Fernandez frequently emphasizes New Mexico’s unique history of cultural “integration,” noting in her Heart of a Nation speech, “in our cathedral we have the Star of David because the Jewish community helped construct the cathedral.”

Spain’s government announced in 2015 that it would grant citizenship to people of Sephardic Jewish descent, but rejections for citizenship applications have skyrocketed since a new socialist government took office in 2019, leading applicants and advocates to believe that the new government is attempting to backtrack on the citizenship policy.

Leger Fernandez described the apparent backtrack as “antisemitic” at a recent Hanukkah event in her district.

She has also raised the issue with the White House and the State Department and spoke at a rally in October outside the Spanish consulate in New York.

“When Spain offered the right of return, it meant a lot to my community. My friends, my community, they all applied,” she said in her speech. “The broken promise of the noble gesture of reparation hurts more than if Spain had never made the offer of return in the first place. It’s time for Spain to live up its promise to the many Sephardi Jews who have held onto the love of country and of people for centuries, despite unimaginable hardship.”

According to Sarah Koplik, who leads the Sephardic Heritage Program at the Jewish Federations of New Mexico, which certifies the Sephardic heritage of applicants from around, around 40% of Leger Fernandez’s district has crypto-Jewish heritage.

“Everybody is connected to somebody who used to be Jewish 400 years ago, 500 years ago,” Koplik said. “Leger Fernandez was concerned that this program, which had such promise, was looking like it was falling apart.”

Activists who have worked with Leger Fernandez on this issue say she’s personally passionate about it, and that it has become an important political issue in her district.

“Representative Teresa Leger Fernandez showed [an] incredible amount of leadership and interest in the issue,” Koplik said. “She really cares about this issue. She really cares about the converso experience throughout the world… Why it’s a political issue for her is because of her community and because of her constituents — so many of them have this heritage… This is a central issue because it crosses so many different communities and so many different parts of her constituency.”

Jesse Rojo, a leader within the Philos Project, a Christian Hispanic group that organized the New York City rally, said Leger Fernandez “felt… committed to this cause” both “personally” and on behalf of her constituents.

“She decided to lead on this issue because she realized how damaging this could be, even for Spain’s relationship with the U.S.,” he added

Rabbi Nachum Ward-Lev, a former Santa Fe-area rabbi who taught Leger Fernandez in a course on the prophetic tradition prior to her congressional run, told JI he had conversations with her about Sephardi repatriation even before she took office.

“She was talking to me about learning and being very interested in the converso community in northern Mexico and Spanish citizenship,” Ward-Lev said. “Just from being part of the community, she knew people and had friends or contacts — close friends — that brought her into awareness about the issue.”

Guberman said Leger Fernandez’s involvement has helped raise attention about the issue, noting that the second most popular newspaper in Spain ran an editorial about  the government’s seeming about-face after she spoke out.

“Definitely having a congresswoman who’s advocating for this has gotten their attention,” Guberman said.