Indyk on Kissinger: The case for ‘incrementalism’ 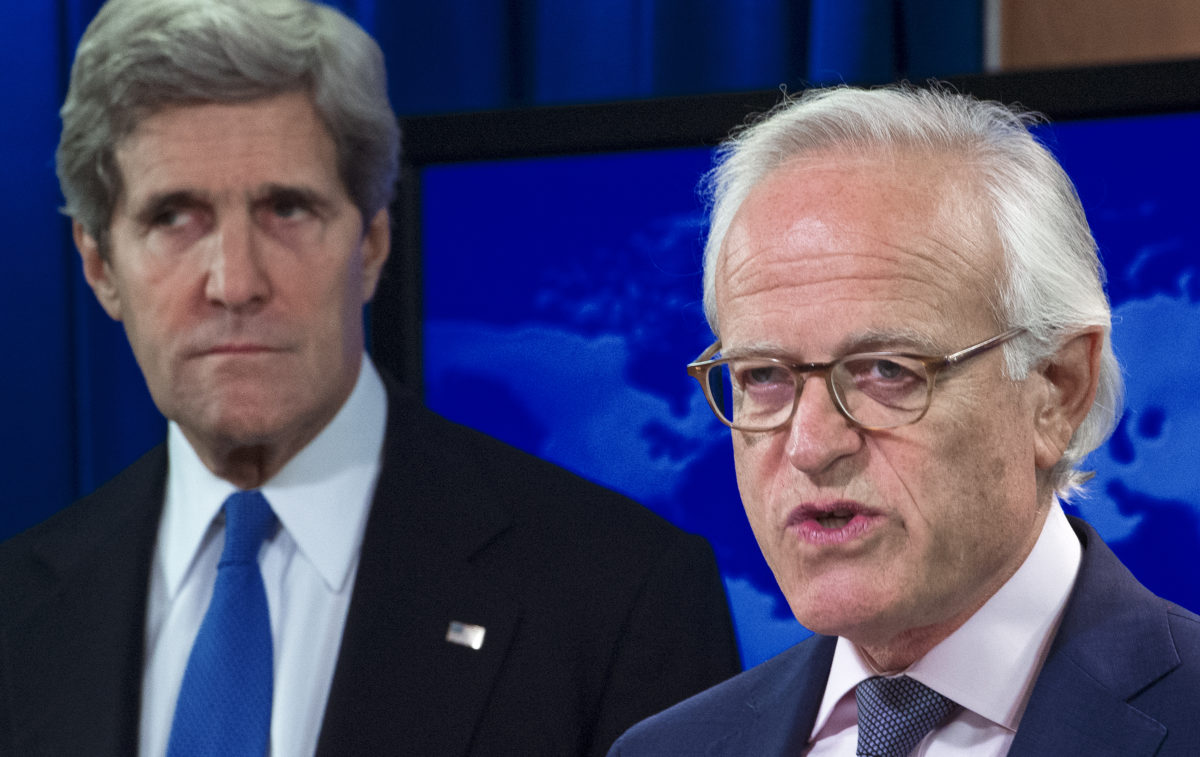 For former U.S. Ambassador to Israel Martin Indyk, the Middle East is hardly a new topic. But now he is looking at it from another man’s perspective. In his latest book, Master of the Game: Henry Kissinger and the Art of Middle East Diplomacy, published Tuesday by Random House, Indyk delves into the diplomatic approach employed by the famed secretary of state toward the notoriously difficult region. In the book and in conversation on Jewish Insider’s “Limited Liability Podcast,” Indyk describes Kissinger’s strategy as an “incremental” advance toward peace. “Kissinger’s approach begins with a balance of power,” the former envoy explained to co-hosts Richard Goldberg and Jarrod Bernstein. “Having a peace process as a mechanism was critical to the balance of power. It wasn’t just that the balance of power would make peacemaking possible, it was that peacemaking was essential to stabilizing the order.”

Kissingerian approach: “We need a Kissingerian incremental process in which each side takes smaller steps without defining what the actual outcome should be, other than the general proposition of an independent Palestinian state living alongside the Jewish state in peace and security. But beyond that, not to try to define it. Leave the end game to later, and let’s see if we can identify steps that start to rebuild confidence, start to build a more positive relationship, start to give the Palestinians, in Kissinger’s words, the ‘attributes of sovereignty,’ start to try to create a kind of what he called a ‘state in the making,’ but not trying to push it. Just try to move it in the right direction as much as the traffic would bear.”

On a two-state solution: “In the Holy Land, there’s a difference between being dead and [being] buried. For all intents and purposes, it [a two-state solution] looks dead at the moment. But I would say that, if you look at the other so-called solutions, they’re not solutions. They’re just recipes for continued conflict. The only solution, even though we don’t have a way to get there, that actually resolves the conflict is a two-state solution.”

Stop trying: “I would say that having labored in the vineyard for a long time on what the final-status agreement looks like, there is a way to reconcile the requirements of the two sides, but it requires political compromises that are very difficult to effect and it’s the political circumstances which just make it impossible. And that’s why I’ve actually come to a conclusion that we shouldn’t be trying. That’s the most important point, I would say that, in my long journey of research for this book, I came to the conclusion that we should stop trying.”

On a demilitarized Palestinian state: “I like to quote Moshe Dayan, who said, back in the 1960s, that the Palestinians should have a right to determine their own future, but should not have the right to determine Israel’s future. And so, therefore, a Palestinian statehood has to be conditioned in certain ways. You brought up the concept of demilitarization. That is a principle that the Palestinians have accepted for some time now, back to the 1990s, when I was engaged in the peace process with [former President] Bill Clinton — they haven’t gone back on that. So they’re ready to give up some of the attributes of sovereignty. But as I say, I don’t think it’s useful at this point, to try to get into that other than the principles espoused in terms of Moshe Dayan’s principle that we’re talking about peace here. We’re talking about an end of conflict, we’re talking about the Palestinian state, living in peace and security with an Israeli Jewish state. There are certain requirements of that — demilitarized Palestinian state is one of them.”

‘Accidental peacemaker’: “I give the Trump administration credit for the Abraham Accords — but in particular, Avi Berkowitz, and also Jared Kushner — not because they intended to achieve this normalization, but because when the Emirates came forward, if you remember, it was in the context of the Trump administration being ready to kosher an annexation of the Jordan Valley and all of the settlements. The Emiratis came forward and said, ‘We’ll normalize if you stop the annexation,’ and to Kushner and Berkowitz’s credit, they pivoted and recognized that there was an opportunity here and got behind it and drove it as far as they could in terms of getting the Sudan and Bahrain and Morocco on board as well… I called Trump the accidental peacemaker in this case, but it was important. And it was important because it was exactly what Kissinger predicted. Kissinger expected that over time, the powers in the region would exhaust themselves and come around to recognizing that they needed to make peace.”

Advice for Tom: “I’ve had several conversations with Ambassador-designate [Tom] Nides, and I am confident that he will do very well there. He is really charming, smart and most importantly of all, well connected in Washington and in the White House, which will be very important. My advice to him is, ‘Get ready for a great ride.’ The most enjoyable and most interesting job I’ve ever had was in Israel — was the reason I went twice. Every door will be open to him and every Israeli will have an opinion. And the wonderful thing about that is that the opinions change every week. The same people change their arguments. They use Shabbat to hone their talking points. And it’s the most interesting, intellectually stimulating conversations that I’ve ever had with Israelis. So my advice to him is, ‘Go enjoy yourself, because you’re going to have a great time.’”