Is Israel heading to a fifth national election?

In the upcoming fourth vote in the last two years, the pro-Netanyahu and anti-Netanyahu blocs may once again find themselves deadlocked 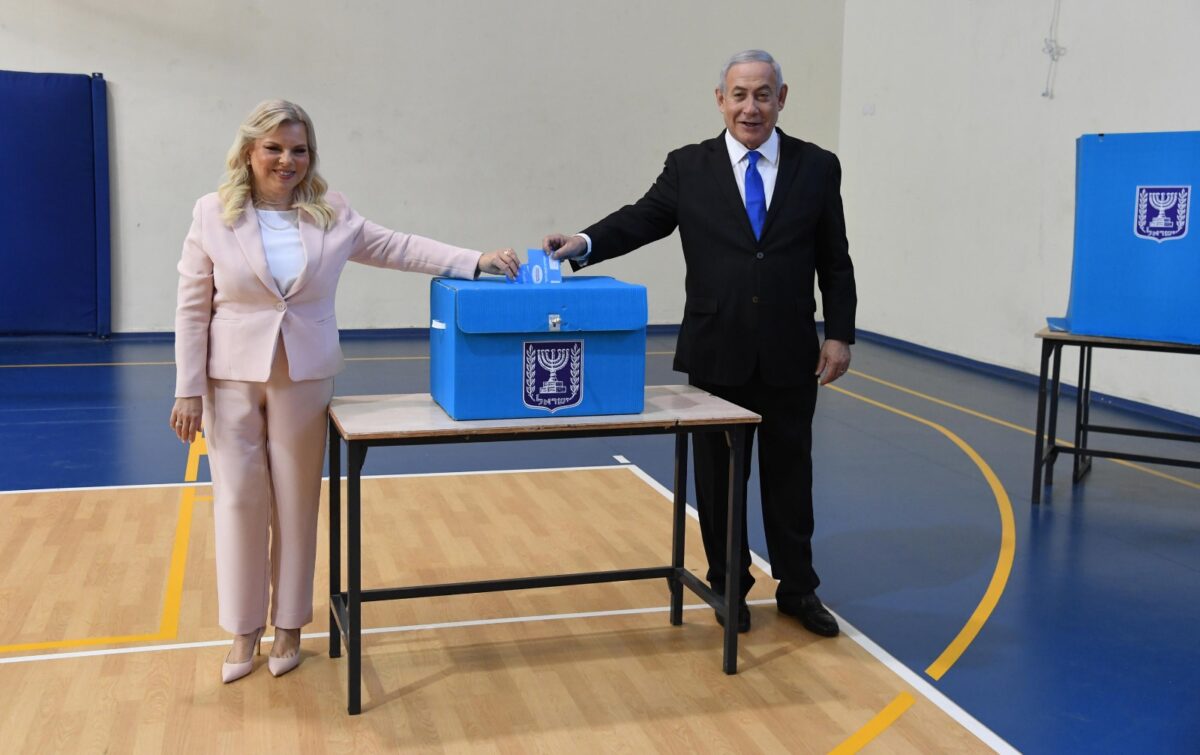 In just over a week, Israelis will head to the polls to vote in the country’s fourth national election in two years.

But for weeks, speculation has mounted that this vote could be followed by yet another election later this year. How could that possibility play out — and how likely is it?

“My sense is we’re going to a fifth round,” former Israeli Ambassador to the U.S. Michael Oren told Jewish Insider on Sunday. “This election is between Bibi [Netanyahu] and anti-Bibi… and on the anti-Bibi side there are left-wing parties and right-wing parties, secular parties and religious parties,” said Oren, who served as a Knesset member with Kulanu from 2015 to 2019. And all those parties would have to set their differences aside to unite to oust Prime Minister Benjamin Netanyahu, he suggested. “And I just don’t know if they’re able to do that.”

Israel held three consecutive elections — in March 2019, September 2019 and March 2020 — before it was able to form a government. That shaky and short-lived national unity coalition dissolved last year after just seven months, resulting in a new election. The upcoming March 23 vote is not technically a fourth consecutive election, but a fourth vote within a very short timeframe.

How could it happen yet again? Following the election, every party in the next Knesset will meet with President Reuven Rivlin to recommend one party leader to be tasked with forming the next government. Rivlin will then bestow the mandate on the candidate with the most recommendations by April 6. That candidate has six weeks to attempt to cobble together a majority coalition of at least 61 seats in the 120-seat chamber. If they fail, Rivlin can hand the mandate to a second candidate, but if nobody can form a government by July 6, a new election will automatically be triggered.

Why does the coalition-building process seem predestined to fail? In an average of the four most recent polls, the pro-Netanyahu bloc — Likud, United Torah Judaism, Shas and the National Religious Party — are predicted to receive 51 seats. The anti-Netanyahu bloc — Yesh Atid, New Hope, the Joint List, Yisrael Beytenu, Labor, Blue and White and Meretz — are expected to receive a combined 58 seats. Potential kingmaker Yamina leader Naftali Bennett — who has vowed to replace Netanyahu but yet has not ruled out sitting in his coalition — is predicted to receive 11.

Is Naftali Bennett Israel’s next kingmaker?

Veteran political strategist Dahlia Scheindlin pointed out to JI last month that, even if Likud receives 30 seats in the election, the other parties “could all form a government behind Netanyahu’s back.” And even without the inclusion of the Joint List, a coalition of Arab parties, “there’s plenty of permutations you can think of that get you to 61 without Likud.”

But the anti-Netanyahu bloc is deeply divided, and getting those parties to join one government seems a near-impossible feat.

Both Bennett and New Hope leader Gideon Sa’ar have vowed not to sit with the Joint List, and Bennett has said he won’t serve in a coalition led by Yesh Atid leader Yair Lapid. Yisrael Beytenu leader Avigdor Liberman has long been antagonistic to the Joint List — going so far as to switch Knesset seats when he wound up sitting next to Joint List leader Ayman Odeh, who he has labeled a “terrorist” — and the two parties would make markedly hostile coalition partners.

“The Arab population is now a factor” in electoral politics, Oren told JI. He said while the Joint List is unlikely to join any government coalition, “they could support it from outside,” allowing a minority government to be formed.

Times of Israel political reporter Tal Schneider told JI in late January that “I can’t see right now a way with the numbers” to avoid a fifth election. “Both sides don’t have enough seats, both sides are probably unwilling to work with the Joint List, so as long as people in Israel treat the Joint List as outcasts, I don’t see any of them getting enough numbers to bring in a government.”

In an interview on JI’s “Limited Liability Podcast” last month, Walla! News reporter and Axios contributor Barak Ravid said another vote is a distinct possibility. “My assessment is that right now, most chances are — and I hope you’re all sitting down — most chances are that we’ll go for a fifth election.”

Most Israeli politicians have publicly vowed that they will do everything possible to avoid yet another round of elections. A new vote would harm Israel’s just-recovering economy and likely cause further damage to record-low public faith in government.

But Oren noted that not every pre-election campaign vow holds up once coalition talks begin.

If no government can be formed, he noted, Netanyahu will continue to serve as prime minister through future election cycles. “If he doesn’t lose, he’s prime minister for another four or five months.”