Sol Werdiger is ready for the big game 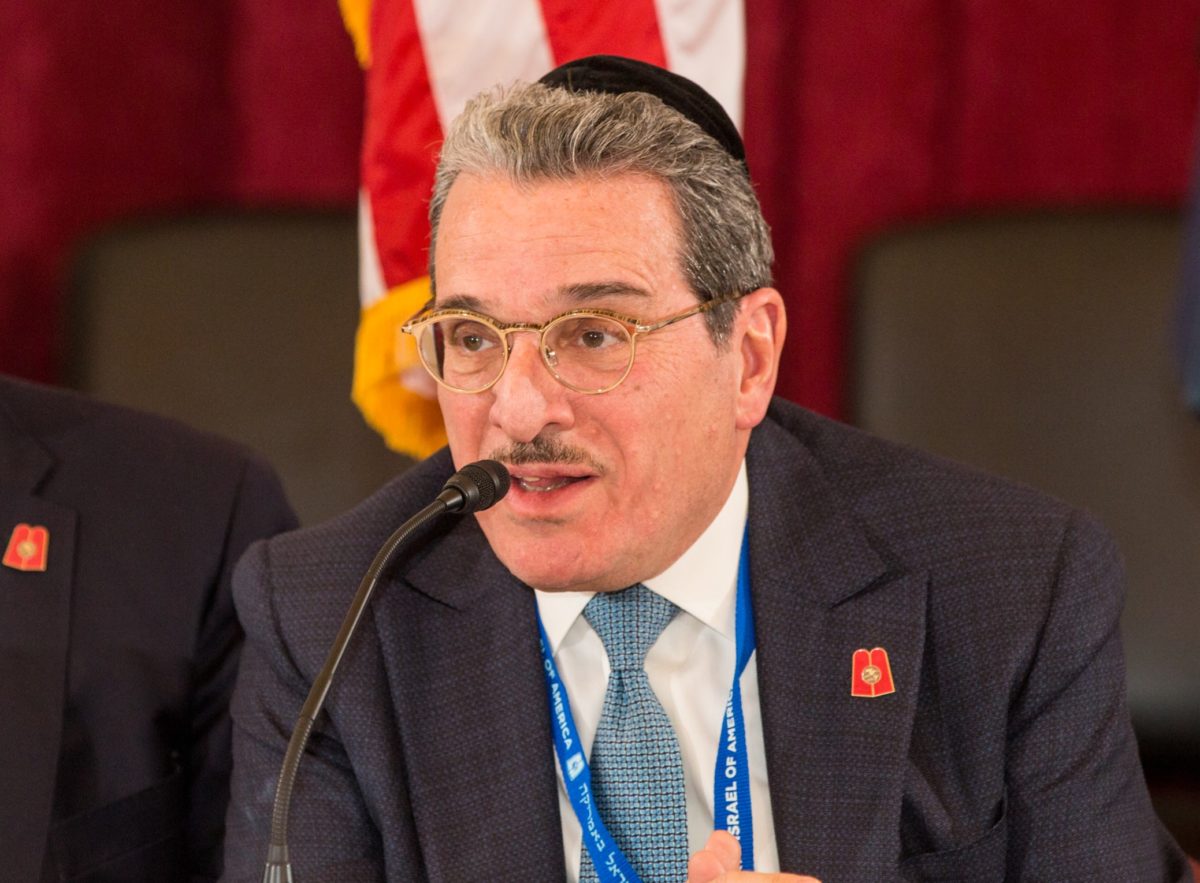 Under normal circumstances, Sol Werdiger, founder and CEO of Outerstuff — the popular youth sports apparel manufacturer — is a gregarious presence on Super Bowl weekends. He has attended every championship game of the National Football League for more than two decades — and he has always used the occasion to connect with local Jewish community members who can look forward to a festive Shabbat meal as much as the rowdy big game on Sunday.

“We try to take advantage of it and turn it into a full Shabbat experience,” Werdiger, the chairman of Agudath Israel’s board of trustees, said in an interview with Jewish Insider on Thursday. “We’re a frum family and we’re in the sports business — and we’ve been going to the Super Bowl now for almost 25 years.”

But as Werdiger heads down to Tampa on Friday for what will be the 55th Super Bowl — a highly anticipated matchup between the Kansas City Chiefs and the Tampa Bay Buccaneers — he has no plans for any such revelry due to the pandemic. “This year we’re not going to make our own minyan,” he said. “I’m going to walk to the local Chabad.”

“Instead of having a full kosher catered event at the arena itself, I’m sure we’ll be eating in our hotel rooms before we go and when we get back,” Werdiger added, noting that his sons and some grandchildren will be flying in only for the game. His wife, who normally tags along to help, is staying home. “Most of the people that I normally go with are not going,” Werdiger said. “It’s going to be a little bit different this year.”

Werdiger, who lives in New York, sounded somewhat discouraged by the prospect of spending Shabbat alone, but he seemed more disappointed that he wouldn’t have the chance to support some of the local vendors and caterers he makes sure to seek out for Shabbat festivities. Instead, he told JI that he would likely make a donation to a Tampa day school or Chabad House. “We usually try to find a local yeshiva or institution that we donate some tickets to,” he said. “They can raffle them off to make some money.” But that wasn’t possible this year either, “because the allocation of tickets, I don’t have to tell you, was almost non-existent.”

Attendance at the Raymond James Stadium in Tampa is capped at 25,000 people, approximately 7,500 of whom are expected to include vaccinated healthcare workers invited by the NFL. Werdiger has also already been vaccinated against COVID-19. “Had I not had the vaccines I think that I probably would have been a little bit nervous,” he said. Still, the NFL’s health and safety precautions, he said, were reassuring. “I sit in a suite with the NFL people and they sent me a kit to get tested,” Werdiger told JI. “I have to send it back to them. I have to follow all kinds of very strict NFL protocols. It’s going to be an experience.”

He has many to draw from. The sports apparel entrepreneur is a gifted raconteur known for his colorful Super Bowl stories. Asked to recount one, he drew an experience from a decade or so ago, when he was leaving his Miami hotel on a Saturday morning, en route to a local synagogue. “I had my yarmulke and I was carrying my tallis bag under my arm,” he said. As he left his room, Werdiger ran into “a very famous” quarterback whom he declined to name. The quarterback was between jobs, so he asked Werdiger to bless him. “I was taken aback,” he recalled. “I’m not the rabbi to give a blessing, but I did a little heebie-jeebies and I gave him a blessing and that was the end of that.”

Four months later, however, Werdiger got a call from the same quarterback. “He says, ‘Sol, I got your number from the NFL offices. I called to thank you. It’s unbelievable, your blessing. I got the biggest job of my life,’” Werdiger remembered. “He became the quarterback of the Philadelphia Eagles.” Werdiger assumed that was the end of that, but he soon found that word of his reputation had spread. “When I came down to go to synagogue next year at the Super Bowl,” he said, a line of players stood waiting for him. “They said, ‘We were told that Saturday morning at nine o’clock you come down and give blessings.”

“You don’t know how many people you touch,” Werdiger mused. “We’ve had plenty of people over the years come through our suites, come through our Shabbos meals. At some of the events that we have, we have families and kids that come, and kids literally spend months preparing to say something at the Shabbos table.”

“They probably aren’t Sabbath observant, but they look forward to spending Shabbos with us and my family and my kids,” he said. Though Werdiger is, by his admission, “not a huge sports fan,” he added, “I always said there’s a reason that God put us into this business that we could try to do some good and spread the word and make a Kiddush Hashem.”

No such encounters will occur this weekend, but Werdiger is hopeful that next year things will return to normal — from an interpersonal as well as a business standpoint. “There’s no tailgates this year,” he said, estimating that jersey sales would most likely be reduced by half because of the reduced turnout. “There’s usually hundreds of thousands of people coming through the event and a lot of sales being done that way.”

“I’m sure we’ll sell a lot of Brady jerseys,” he said, referring to the Buccaneers’ 43-year-old veteran quarterback, Tom Brady, who is guiding his team to the championship game after 20 seasons with the New England Patriots. “But the Kansas [City] Chiefs is still a stronger market,” Werdiger said, because the Tampa Bay area has less retail. Patrick Mahomes, the Chiefs’ 25-year-old star quarterback, led his teammates to victory in last year’s Super Bowl over the San Francisco 49ers.

Was there one team in particular Werdiger will be rooting for on Sunday? He paused for a moment and then gave his answer. “When you’re in this business,” he said, “the team that sells the most is your favorite.”