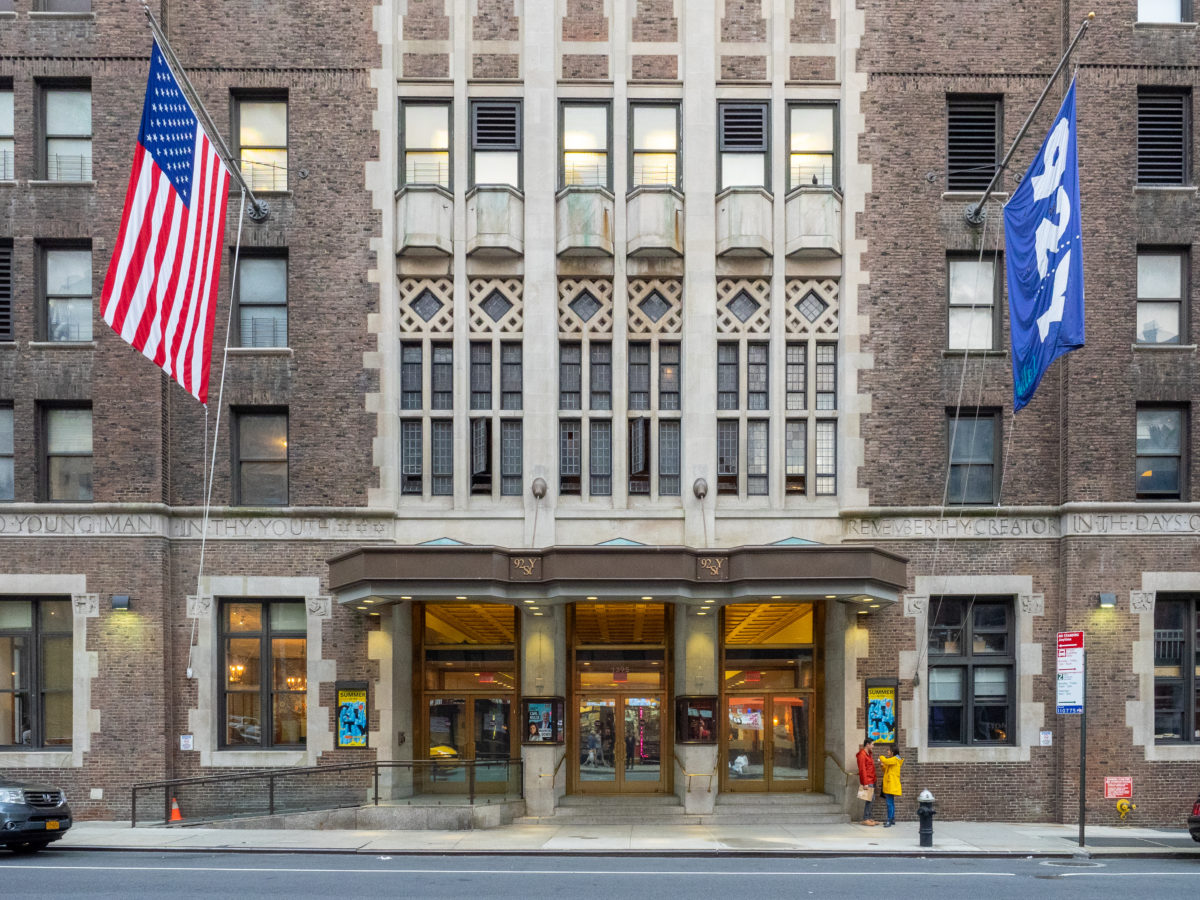 Tough but intensely proud, New Yorkers tend to be obsessed with their heady but hard-to-live-in city. And for decades they have also been obsessed with their fellow New Yorkers departing the city. The 1970s saw a crime wave that led many to leave. In 1990, Time magazine said “the Big Apple” was “rotting.” A 2006 NBC News report concluded that “Americans are leaving big cities in search of cheaper homes and open spaces farther out.” Still, the city has endured. A 2010 article in the satire publication The Onion parodied the refrain that has haunted the city for decades, writing, “At 4:32 p.m. Tuesday, every single resident of New York City decided to evacuate the famed metropolis.”

The leaving-New-York story resurfaced yet again during the coronavirus pandemic, and it’s at least partially true: New Yorkers are leaving the city. Or at least, the ones with the means to find larger houses with more outdoor space are fleeing the city and relocating to places like suburban New Jersey and South Florida. Reuters found that the city had a net loss in 2020 of just 70,000 residents — resulting from 3.57 million New Yorkers who left, replaced by 3.5 million others, many of whom fall into lower income brackets.

For Jewish nonprofits in the city, the exodus of wealthy New Yorkers has not yet affected their bottom lines, but community leaders caution that it’s too soon to say what the long-term impact will be. Jewish communal executives told Jewish Insider that they expect the trend to be short-lived, with New Yorkers returning to the city in the summer or whenever life regains some semblance of normalcy. In the meantime, many community members who have left the city for places like the Hamptons or the Catskills have stayed in touch with the nonprofits providing services to those most affected by the pandemic and the resulting economic downturn.

“People are stepping up and maintaining their support,” said Mark Medin, executive vice president for financial resource development at the UJA-Federation of New York. “People that have been longtime New York residents and longtime donors and leaders in UJA understand the gravity of the need in the community right now.”

The surge in virtual programming has allowed Medin to continue engaging high-level donors even outside the city, via virtual meetings and briefings on UJA’s work responding to the increase in hunger, joblessness, and eviction fears. UJA had a record-setting fiscal year, but the organization also had to take tens of millions of dollars from its endowment to meet the needs brought on by the pandemic.

If high-income donors leave the city for good, Medin recognizes his organization will be in trouble. “If there’s a significant exodus from New York City, that’s going to have a tremendous impact on the tax base of the city and the philanthropic organizations that rely so heavily on donations,” Medin explained. “It is incumbent upon New York-based organizations to innovate and think about how they stay connected to their donors while at the same time recognizing that this” — people leaving the city for good —  “is a real concern,” he said.

Still, Medin said he hopes the trend will revert back once the pandemic is over. “There’s no reason to be stuck in New York City either paying exorbitant rents or not having access to restaurants and culture and theater,” he explained.

Official data is hard to come by, in part because it’s hard to know if and when New Yorkers who decamped to second homes or Airbnbs expect to return —  whether it’s when they’ve been vaccinated, or the weather improves, or life is back to something resembling normal. But one early figure should offer hope to the Jewish organizations concerned about residents who have left: The Ramaz School, a modern Orthodox Jewish day school on the Upper East Side, saw a drop in enrollment this year, but nearly all the families that left have re-enrolled their children for the 2021-2022 school year.

“A small number of our families have moved either temporarily or permanently to the Jersey Shore, Florida, or Long Island, but the majority of [them] have expressed they want to return as the COVID rates significantly diminish,” Jonathan Cannon, Ramaz’s head of school, told JI. Some donors whose children left the school have stopped giving, but others have stood by Ramaz. “We are very grateful that a number of families who have moved out of New York have continued to support the school because they feel part of the Ramaz family and intend to return to the school next year,” he said.

Community leaders are betting that the allure of New York City will endure, and one day Broadway theaters and sporting events and busy subways will be restored to pre-pandemic numbers. But some suburban areas just outside the city expect certain changes to be permanent.

“The reason why people are leaving Manhattan to come to the New York City suburbs is all about space,” said Jason Shames, CEO and executive vice president at the Jewish Federation of Northern New Jersey. “No one wants to be in an elevator with a neighbor.” Besides, Shames pointed out, these are people who moved less than 10 miles from the city. “You’re still in the same metropolitan area. It’s not like you have to abandon the Yankees or Broadway,” he noted.

Those moving to northern New Jersey are mostly families with young children and parents in their 30s or 40s. They are already reaching out to the federation and getting involved socially and philanthropically, Shames said, citing a recent young women’s philanthropy event where three of the four chairs had recently moved from Manhattan.

Still, the suburbs — like New York City — are also losing people to places like Florida, but Shames thinks the move might not last. “To be fair, most of our significant donors and contributors already have places in Florida,” he said. And for now, the “influx offsets the flight,” he said. “There’s about 120,000-125,000 Jews who live in northern New Jersey… and I would be willing to bet that the number has not dropped. I would not bet that it’s gone up materially.”

Some organizations are meeting community members where they are. The 92nd Street Y, a Jewish community and cultural center on the Upper East Side of Manhattan, brought childcare and summer camp programming to members who spent last summer in the Hamptons.

“That’s where the need was,” explained Doron Krakow, president and CEO of the JCC Association of North America, which supports and connects JCCs across the country. “I don’t know that that’s a durable model. But the need to try to be responsive to the interests and demands of families has always been important to the JCCs.”

Last summer, around 110 of the JCC’s 160 day camps nationwide operated with capacity limits and social distancing in effect. But the JCC movement’s 24 overnight camps shuttered, though many of the camps opened to host small family getaways.

Nearly all American JCCs are open right now in some form. Most are running socially distanced gyms and preschools, while some allowed synagogues to use their spaces for High Holiday services in the fall. Krakow anticipates that camps will be full this summer, but acknowledges that it’s still too soon to know. He recently met with officials from a JCC in Brooklyn that operates a large day camp, which has not yet seen a surge in summer registration. “There are questions because some of those neighborhoods still have not seen the return of families that have chosen to [spend] the pandemic elsewhere, although they are anticipating many will come back,” Krakow said.

He also fears that members who have been economically impacted by the pandemic might not be able to afford future involvement with JCCs. “I wonder whether at the grassroots level, the families and participants that contributed tuition and so forth, are going to be similarly able to sustain,” he said.

But Krakow does not worry about philanthropy continuing at JCCs and other Jewish organizations. “People who are significantly philanthropic have not seen a material reduction in their capability over the course of the crisis,” he noted. “I don’t think there’s any reason to believe that those people who have come to be committed to safeguarding and supporting the key institutions of Jewish life won’t continue to do so.” The JCC movement has received more than $150 million in donations since the pandemic began, said Krakow.

Shames, at the Northern New Jersey Federation, echoed this assessment: “The only thing we’re susceptible to is a tremendous downturn in the stock market or employment status,” he said, noting that his organization finished the year ahead. “Barring that, I’m pretty confident that we have a good case.”