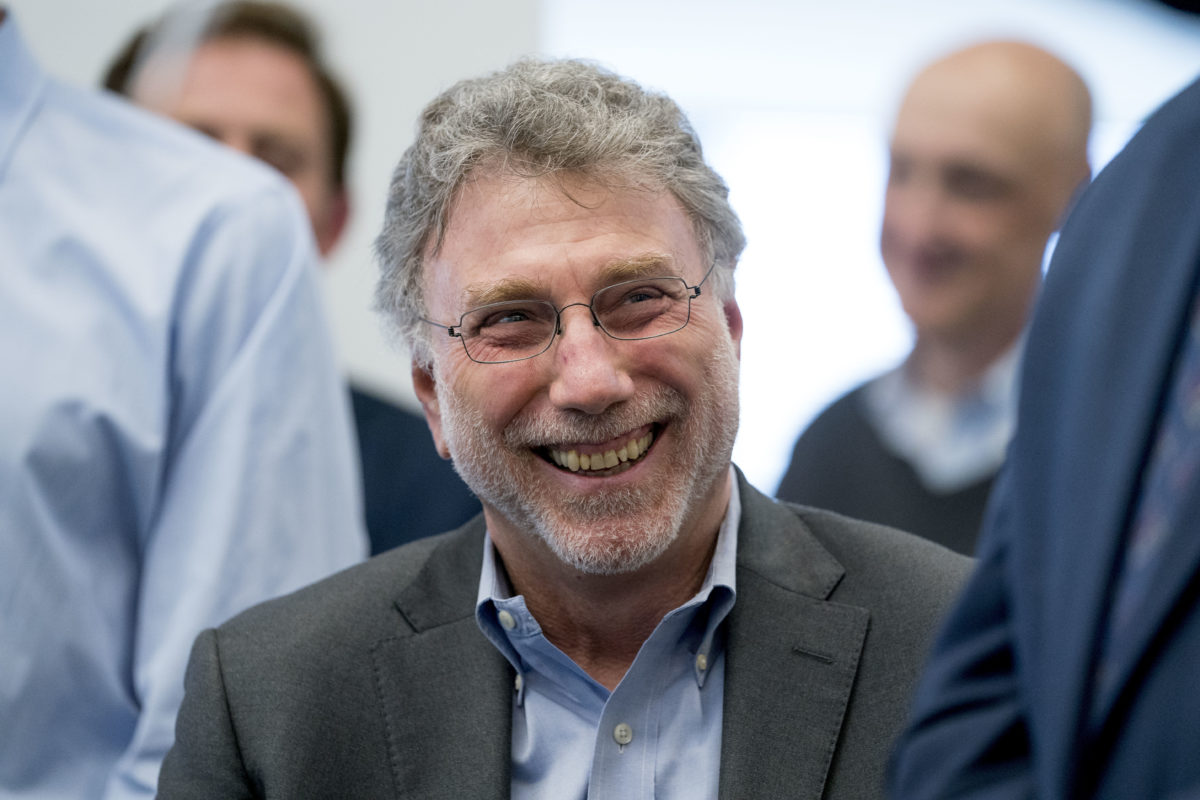 Marty Baron, the wise and indefatigable executive editor of The Washington Post, has spent most of his decades-long career hunkered down in newsrooms, ministering to a cavalcade of reporters who have eagerly sought his guidance. So it was a somewhat bittersweet moment when, last week, Baron announced that he would be retiring from his position at the Post on February 28. He delivered the news in a staff-wide memo from home — and it is unlikely he will get the chance to give a proper, in-person farewell before he steps down at the end of the month.

“It’s unfortunate,” Baron acknowledged to Jewish Insider in his characteristically unflappable manner. “There are a lot of unfortunate aspects of this pandemic. That’s probably not the most unfortunate aspect of it. The fact that we haven’t been able to connect with people personally for a year now is a huge issue, and I wish we could. That said, it is what it is. There’s not much I can do about it.”

If Baron sounded unsentimental in conversion with JI, it wouldn’t have been the first time he has given that impression. The 66-year-old newspaperman — portrayed by Liev Schreiber in “Spotlight,” the Oscar-winning movie about The Boston Globe’s earth-shattering investigation of a sexual abuse cover-up within the Catholic Church — isn’t known for workplace pleasantries. But he has earned a reputation among his colleagues as one of the most incisive editors of the 21st century thanks to his nearly total devotion to the daily act of journalism.

At a certain point, however, Baron began to feel as if his inner cogs were getting worn out. “I’ve been thinking about it for quite a while,” he said of his retirement. “Largely every minute you have to be on duty, and at some point, you want more personal time and personal liberty.” Baron had previously committed to staying on at the Post at least through the election and decided that he would help oversee the inaugural coverage as well. But with that moment having come and gone, “it just seemed like the right time.”

He has no immediate plans aside from a tentative desire to “disconnect” and to “travel more.” Did he have any destinations in mind? “How about everywhere?” he said with a chuckle, adding that he hopes to visit Latin America, Spain and Asia when it is safe to travel again after the pandemic. Asked if he had considered writing a book, Baron was reserved but didn’t rule it out. “I want to think things through,” he said. “I don’t want to make any decisions until that happens. A book’s a lot of work, but I don’t know, we’ll see. I just haven’t made any decisions, and I don’t feel pressured to make any right now.”

For the moment, he still has the job. “Ultimately, I’m responsible for what we do over the next month, and I take that responsibility very seriously,” he said in the interview on Monday afternoon. “So I want to pay attention to the work and have it be as normal as possible.”

The past four years have been decidedly abnormal for all journalists subject to President Donald Trump’s regular attacks on the press, and the Post was often singled out for ridicule. Trump even went so far as to cancel the White House’s subscription to the paper. Baron seemed to think such posturing was laughable. “The reality is they had full access to our coverage anyway online, they just weren’t taking the physical newspaper,” he said, adding that the Post gives free subscriptions to anyone who has a .gov email address. “It was pretty clear from our interactions with the administration and the statements they made about us that they had read our stories within minutes after their publication.”

Baron said he was taking a wait-and-see approach to the Biden administration’s relationship with the press. Some reporters have speculated that Biden will run a tighter ship, at least compared to the leaky dreadnought that previously occupied the White House. “It’s a little early to judge,” Baron said. “They’ve only been in office for a short period of time.”

Still, there were a few points he was comfortable expressing. “We’re not going to be portrayed as enemies of the people,” Baron said. “We’re not going to be portrayed as scum and garbage and the lowest form of humanity and the lowest form of life.” Not that there won’t be tension. “That’s just the nature of things,” Baron explained. “There’s a mistaken assumption by people who lean to the right ideologically that somehow we had some tight, cozy, warm relationship with the Obama administration. I can tell you that we did not. I mean, we couldn’t get an interview with Obama in the last two years in office.”

“But it’s more likely to be handled in a truly professional way.”

That practice included some of the most consequential stories of the past decade, including the Edward Snowden leaks, Craig Whitlock’s exposé on the “Afghanistan Papers,” a groundbreaking look at climate change and Carol D. Leonnig’s coverage of the Secret Service.

Baron has always gravitated to the big stories. In the early ’90s, as the fresh-faced editor of the Los Angeles Times’s Orange County edition, he oversaw coverage of the largest municipal bankruptcy in the country’s history. At the Miami Herald, where he served as executive editor after a stint at The New York Times, Baron directed coverage of the Elián González international custody dispute as well as the 2000 battle over a Florida recount. After his tenure at the Globe, the Catholic Church in Boston would never be the same.

Baron, who is Jewish, was regarded as an outsider when he arrived in Boston at the dawn of the new millennium. “I think that the fact that I was the first Jewish editor of The Boston Globe just reinforced the idea that I was an outsider,” he said, noting that he never experienced any direct acts of antisemitism while he had the job. “I mean, there were some awkward moments, but not where people were vilifying me because I was Jewish. That didn’t happen.”

His experience in D.C. has been different. “I have received quite a few nasty emails and things like that from people who have said antisemitic things,” Baron told JI. “In the current environment, I think people have felt empowered to say those kinds of things, and it’s brought a lot of people out of the woodwork. It’s not an everyday occurrence, but it’s not such an infrequent occurrence that I would dismiss it. There’s more of that these days.”

Baron, the son of Israeli immigrants, said he has “lots” of family in Israel, though he hasn’t visited for a while. He estimated that the last time he went was during his time at the Globe, when he was with the paper’s correspondent in Israel for an interview with former Israeli Prime Minister Ariel Sharon.

Baron believes the Post has covered the Israeli-Palestinian conflict in a fair and accurate manner. “There’s always controversy about it,” he said. “People think that you come into it with some sort of bias one way or the other. But people have strong views about that conflict, even within Israel itself, by the way. If you look at the Israeli press, there’s a fair amount of vigorous, hard-hitting reporting.”

“The thing about the Middle East is that everybody wants to go back in history hundreds of years, and it’s like, ‘Well, this side did this to us,’ ‘Yeah, but before that, they did this to us,’ ‘Yeah, but before that this happened,’” Baron added. “You can go back hundreds of years — thousands of years — and people want to have all that context in a 12-inch story, in a 1,000-word story. It’s just not possible. Inevitably people will say, ‘Well, you didn’t mention this,’ or ‘You didn’t mention that.’ Well, OK, that happened a long time ago.”

Baron is hopeful that journalism will survive in one form or another as he prepares to dismount from a storied career that began in the 1970s, when newspapers were flush with cash. “But I’m not Pollyannaish about it,” he said, noting that national news outlets like the Post and the Times are in good shape but that local newspapers are in a parlous state. “They face a much more difficult situation.”

For now, though, Baron is more focused on his day job, at least for the next month. A successor has not been named, but whoever takes over will no doubt benefit from a well-oiled vehicle. Baron hasn’t decided what he’ll do with himself the day after he retires. “I don’t know. Relax. Sleep. I’m not sure,” he said. “But I’m not going to spend all day on the computer.”