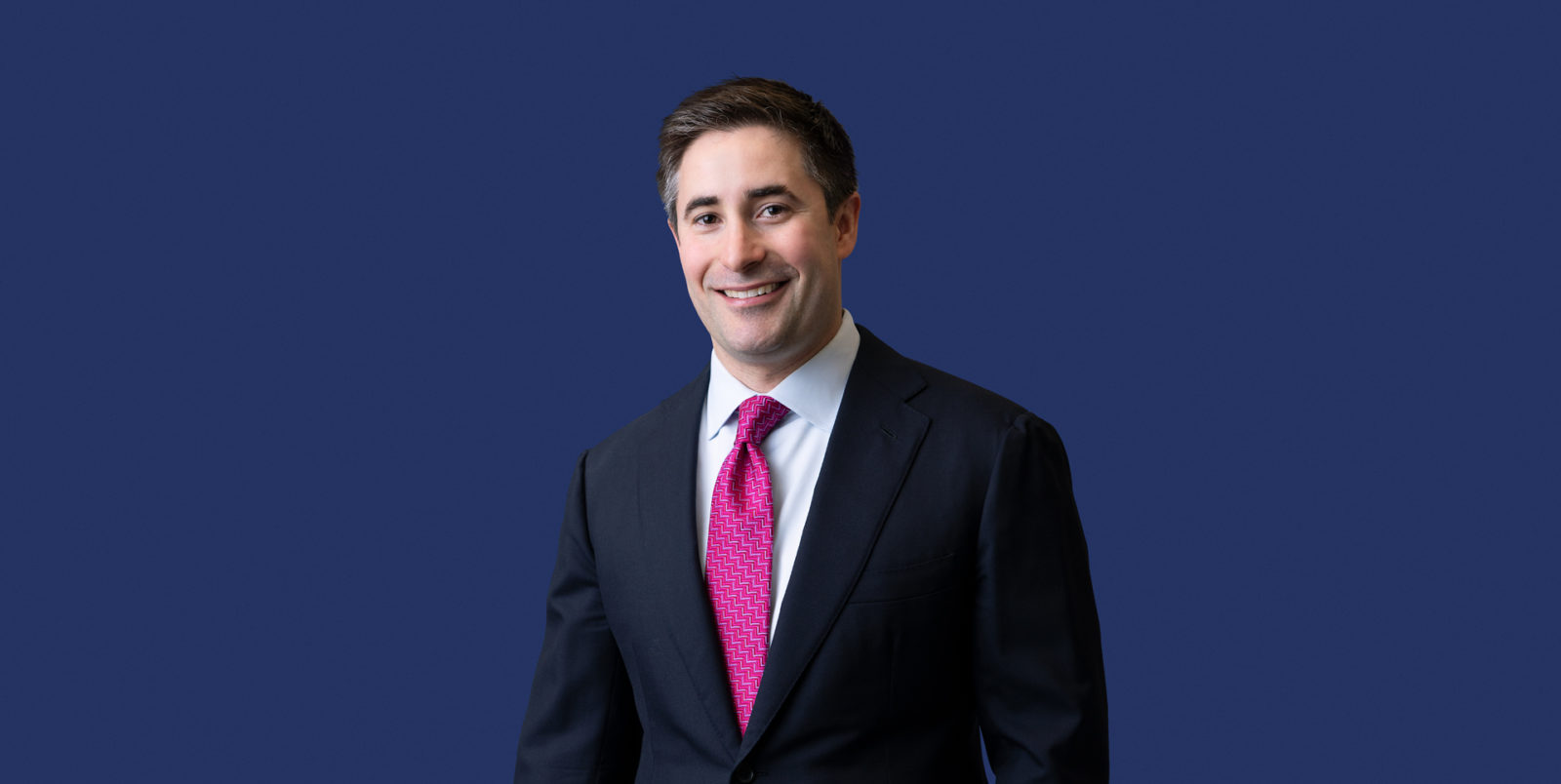 Jonathan Swan on migrating to the Biden beat

With just under two months remaining until Inauguration Day, the 'Axios' reporter remains on the prowl

Jonathan Swan, the star national political correspondent at Axios, has built a reputation as one of the most enterprising and deeply sourced reporters covering the White House. But for a brief period over the summer, his exasperated visage, captured in a combative TV interview with President Donald Trump and memed into the annals of internet fame, earned him a moment of celebrity that is rarely afforded even the most high-profile of journalists.

For Swan, 35, the realization that his face had unexpectedly become a social media sensation became clear when friends from his native Australia, who don’t normally follow American politics, messaged him in shock that his well-coiffed mug had hit their shores. “They’d realized I’d finally made it when Snoop Dogg Instagrammed me,” he said wryly in an interview with Jewish Insider on Monday. “That was, I think, one of the things that really impressed my friends more than anything else.”

Of course, Swan’s quizzical expression, which spoke to many Americans dismayed by Trump’s response to the coronavirus pandemic, would not have gone viral at all if his aggressive line of questioning hadn’t so effectively exposed the president’s effort to deflect responsibility for his mishandling of an unprecedented national crisis. But Swan, a tireless Trumpologist, was well prepared for the task, thanks to his four years delivering a fusillade of scoops on such consequential matters as the president’s decision to pull out of the Paris climate deal and to recognize Jerusalem as Israel’s capital while providing readers with a fly-on-the-wall portrait of Trump’s mostly unstructured life in the White House.

His reporting, in its totality, amounts to no less than a scrupulously detailed chronicle of the president’s time in office — one historians will surely appreciate, and which his colleagues in the field have had no choice but to reckon with as they’ve sought to keep up. “He bedeviled me,” Maggie Haberman, The New York Times’s White House correspondent and another uniquely sourced Trump whisperer, told JI, laughing with what sounded like a mix of awe and frustration. “There are many instances in which he has scooped me, which I think I’ve repressed the specifics of,” she said. “You just always have to watch out for him.”

With just under two months remaining until Inauguration Day — when Trump’s tumultuous run finally comes to an end — Swan remains on the prowl, averring that he has no intention of letting up in his coverage before the clock strikes noon on January 20.

At least for the moment, he is reluctant to reflect on Trump’s legacy, noting that he won’t yet allow himself to “get philosophical about what it means for the country” because he doesn’t think he has anything profound to say. “I haven’t sat back on a rocking chair and pondered my time covering Trump,” he said. “It’s obviously been a bizarre experience.”

His reporting, the implication was, should speak for itself.

But from a procedural standpoint, Swan was more than ready to expound on his experience covering the White House during what has been one of the most tumultuous periods in American history, culminating in what Swan described as a “poisonous non-transfer of power.”

The Trump administration is a singularly leaky vessel, discharging an unmitigated stream of secrets from anonymous officials and other ensigns in Trump’s orbit. Swan, a beneficiary of many of those secrets, said there was never any dependable rhyme or reason to the pattern with which leaks spewed out. Reporters simply had to be ready with their buckets to catch the excess drippage.

“Things were sort of blurted out and leaked out and shaken out,” he recalled. “I used to laugh at some of the commentary you’d get from people who used to work in previous administrations — ‘Oh, this story was clearly the press shop.’ It’s like, give me a break. That’s not how this Trump White House worked. There was not this delicate strategic planning going on where they packaged things up and put them out. It was just a daily fire hose where they were sort of reacting to mostly overwhelmingly negative stories.”

Even in the twilight of the Trump era, Swan said, the leaks continue to flow. “We just published a story this morning about Trump’s legal team having yelling matches, a lot of infighting over their strategy, and they’ve just thrown Sidney Powell under the bus for floating a conspiracy theory that was too much even for Rudy Giuliani,” he said. “The leaks are still there.”

Despite his reporting prowess, Swan has at times been accused of being too cozy with the Trump administration. Two years ago, in another televised interview with the president — the first installment in Axios’s new HBO show — Swan broke the news that Trump was planning to sign an executive order ending birthright citizenship for immigrant children. But he was ridiculed for the seemingly giddy manner in which he brought up the order, and for failing to challenge Trump on a factual inaccuracy.

“It was a bad interview,” Swan acknowledged to JI, noting that it was his first TV interview and he hadn’t adequately prepared for it.

“Literally, the first television interview I ever did was the president of the United States,” he said. “I’ve been on plenty of TV shows over the years as a panelist, but I’d never actually done a sit-down TV interview. Probably’d be nice to start with, like, the mayor of some city or something and work your way up. It wasn’t probably an ideal situation, and I think it showed. I don’t think I did a very good job the first time.”

On the second go-round, this past July, he had sharpened his knives, arriving armed with an assortment of counterpoints as he challenged Trump’s misstatements at virtually every turn.

The fallout, according to Swan, has been long-lasting. “None of our Trump administration interview requests have been fulfilled since then,” he said.

In many ways, Swan’s needling of the president was a return to his roots. “The television interviewing in Australia and Britain is more adversarial and less deferential,” Swan said. “In Australia, there’s much less pomp and circumstance around the office of the prime minister than there is around the American president.”

Before decamping to the United States, Swan worked as a political correspondent at The Sydney Morning Herald, and he recalls his years down under with affection. “It’s a smaller pond,” he said, but that didn’t mean its reporters were any less effective at their jobs.

He singled out Pamela Williams, a writer-at-large at The Australian Financial Review, for praise. “Now, I’m a little biased — she is my mentor, and she’s a dear friend — but she is, in my opinion, the best investigative journalist in Australia over the last 30 years,” he said, “and she would clean the clocks of most reporters here in the U.S. at major publications.”

The feeling is mutual. “Jonathan’s been the most exceptional young journalist I’ve ever mentored,” Williams told JI in an enthusiastic email, adding: “He has a level of diligence, and a commitment to building sources that is a result of intense pressure: new to America, he was determined to dive into the deep and competitive pool of top Beltway journalism around the White House. And to work as hard as it took to rise to the surface.”

As the Trump era comes to an end, Swan — who worked as a political reporter at The Hill before joining Axios in 2016 — is now making preparations to cover the incoming Biden administration, even as he keeps one foot in the current White House and plans to stay connected to his sources with the hope that they can provide newsworthy material down the road.

He has found, for the moment, that it has been more difficult to cultivate sources in Biden’s orbit relative to Trump’s — a dynamic he anticipated but which he is still learning to navigate. “I’ve been told by my elders that I shouldn’t expect another West Wing to leak as prolifically as the Trump West Wing did,” he said. “I suppose that’s a shame. There was sort of real-time leaking out of the Oval Office, out of the Situation Room, and the culture of infighting and backstabbing — that will be hard to replicate, I imagine, for future administrations.”

The Biden camp, by comparison, “is a very disciplined and very tight-knit group of people who actually have real information,” Swan observed. In taking stock of the Biden landscape, Swan is coming to the conclusion that his reporting will “require a different mindset and a different approach,” he said with some level of mystification. “There’s just not going to be as many people willing to talk in an unauthorized capacity.”

Swan didn’t elaborate on what that approach would be, but Haberman — who will also be writing about the Biden administration — was confident that Swan’s coverage will be solid as he becomes familiar with the new terrain. “I’m sure it will drive the Biden folks crazy,” she said. “It will be great.”

Looking ahead to the larger stories, Swan mentioned the Iran nuclear deal, which Trump pulled out of in 2018 and which Biden has vowed to reenter. “I’ll be covering the China story very closely,” Swan added. “I think the relationship with China, how they manage that, how they manage the politics of it and pressures from the left, pressures from the right, a willingness of some on his team to want to find areas to cooperate with China, but a political atmosphere where you’re going to get punished for that — it’s going to be a really interesting and obviously consequential dynamic to report on.”

Swan can also look forward to a new personal chapter. In September, he and his wife, Betsy Woodruff Swan, a national correspondent at Politico, had their first child. Swan took paternity leave after his daughter, Esther, was born, but he seems to have returned to work relatively quickly. “I took a couple of weeks — ish,” he said.

“It was hard to have a baby probably anytime, I imagined, but this year was challenging,” Swan added. “But my wife, Betsy, is amazing, and I think one of the hard things has been my family hasn’t been able to come out for their first grandchild. They’re all back in Australia.”

Swan, who is Jewish, finds downtime with his family on Friday nights, when they sit down for Shabbat dinner. Woodruff Swan, who is not Jewish, has learned how to make challah for the occasion, Swan told JI with pride. “She’s very good at it,” he said. “We love doing Shabbat dinner.”

Otherwise, according to Swan, “you make your own weekends as a reporter.” Swan — who harbors ambitions to write books or perhaps longer magazine pieces — has little sympathy for reporters who complain about the notion that Trump has stolen their time and thrown their schedules into a state of flux because of his haphazard and unpredictable approach to governing.

While some journalists may be looking forward to a more tranquil period of American politics, Swan seems intent on maintaining the same competitive pace he has kept up for the past four years.

“There are plenty of people who have had it really tough in America over the last year, and particularly during the pandemic,” Swan said. “I don’t put White House reporters at the top of the list.”