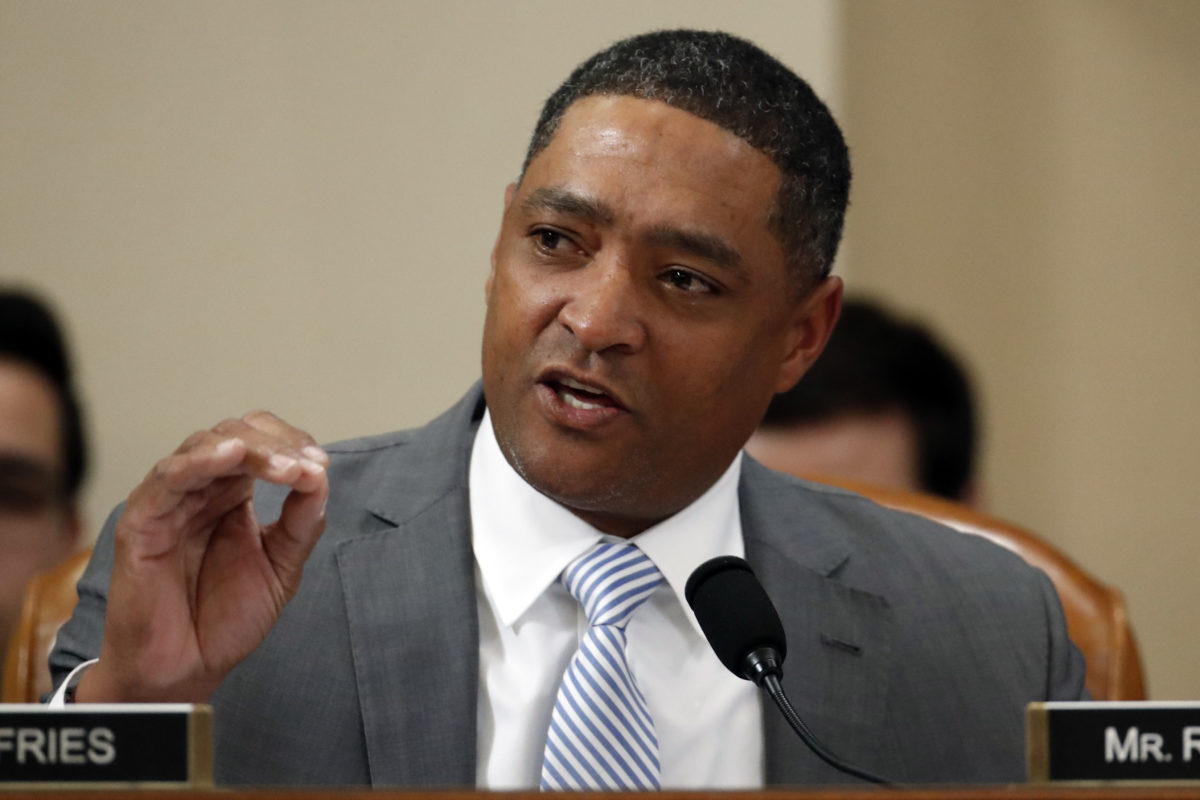 Cedric Richmond, the director of the White House Office of Public Engagement, discussed a range of initiatives President Joe Biden’s administration is planning to fight back against attacks on religious institutions.

Richmond, speaking at the Jewish Federations of North America’s virtual mission on Tuesday, said the Biden administration plans to push for funding increases to the Nonprofit Security Grant Program (NSGP), but said he could not yet give a specific target number. Lawmakers advocated last year for funding for the program to be quadrupled from the year prior to $360 million. Funding was ultimately doubled, to $180 million. Richmond was a proponent of the program during his tenure representing the New Orleans area in the House of Representatives .

Richmond added that the Biden administration is considering establishing a new program within the Department of Justice dedicated to preventing attacks on faith-based organizations and increasing prison sentences for individuals convicted of hate crimes at religious institutions.

The Biden administration also wants to ensure continued communication and cooperation between institutions and the Department of Homeland Security and the Federal Emergency Management Agency after NSGP grants are provided, Richmond said, to ensure that institutions can implement the grants they receive.

Lankford said that passing the Jabara-Heyer NO HATE Act, which aims to improve collection and analysis of information about hate crimes at the federal level, is a crucial step to bridging the local and federal response to these issues.

“The flow has to go both ways. We have to be sure, if the FBI knows of information, that it gets down to the lowest level,” she said.

Lankford added that the bill would also help provide post-release education programs to both learn more about how some individuals released from prison come to hold hateful beliefs and help to de-radicalize them.

Later in the day, Rep. Michael McCaul (R-TX), the ranking member of the House Foreign Affairs Committee, speculated that Saudi Arabia could soon join the Abraham Accords and normalize its relationship with Israel, joining the United Arab Emirates, Bahrain and others.

“The Saudis behind the scenes are supportive. I know the Crown Prince [Mohammed bin Salman] is. I know he has to educate his own people about the importance of this, but I think Saudi [Arabia] being a signatory to the Abraham Accords would be a huge breakthrough in this process,” McCaul said.

“That would send a very strong statement to Iran but also to the Palestinians that you’ve got to recognize Israel as a legitimate state, that that is the way things are moving forward in the Middle East,” he said.

The Texas congressman also expressed support for a House resolution supporting the adoption of the International Holocaust Remembrance Alliance’s working definition of antisemitism.