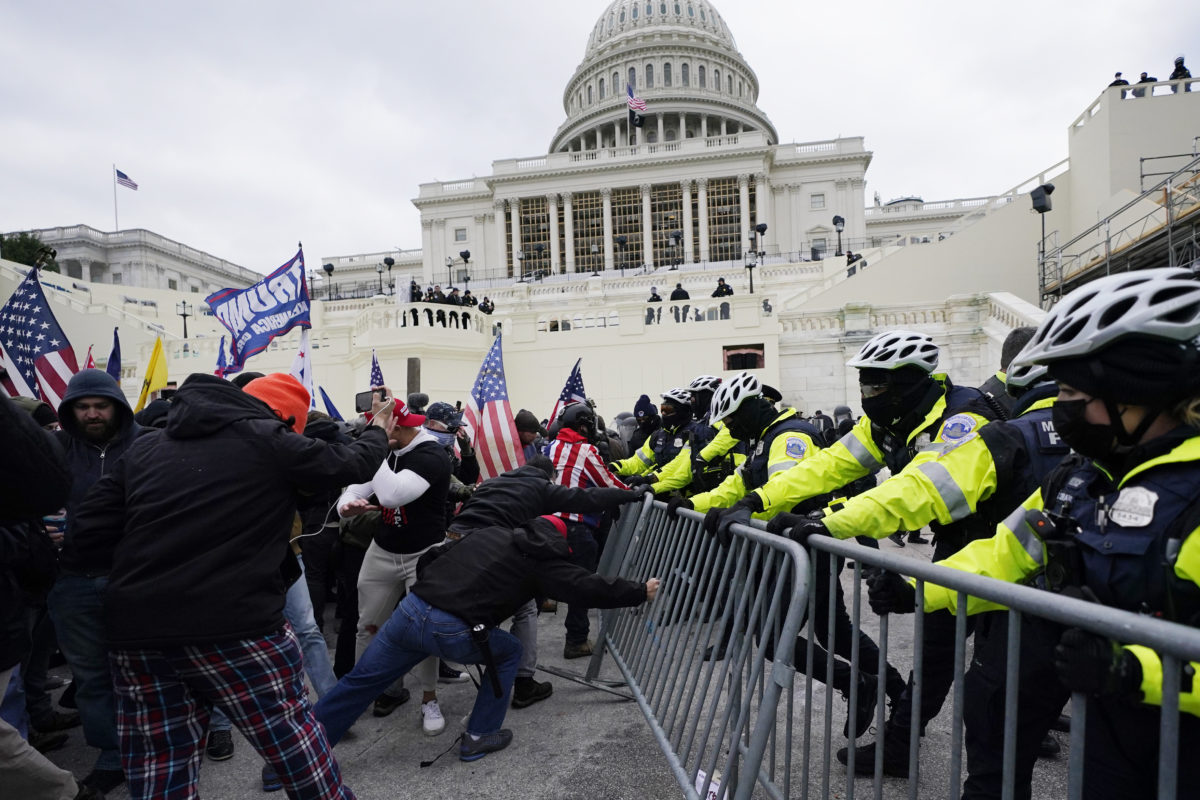 Trump supporters try to break through a police barrier, Wednesday, Jan. 6, 2021, at the Capitol in Washington.

Scores of congressional Democrats and a small number of Republicans are backing a move to remove President Donald Trump from office after he encouraged supporters to march on the Capitol on Wednesday, resulting in a large-scale security breach and multiple deaths.

In the late hours of Wednesday a handful of Democrats began calling for the president’s immediate removal via the 25th Amendment, a never-before-used provision under which the vice president and the Cabinet can declare the president unable to serve. By Thursday afternoon, dozens of Democrats and at least two Republican lawmakers had joined the call, including House Majority Leader Nancy Pelosi (D-CA) and Senate Minority Leader Chuck Schumer (D-NY).

“Yesterday the president incited an armed insurrection against America,” Pelosi said in a Thursday press conference, characterizing Wednesday’s events as an attempted coup.

Some in the Cabinet have reportedly discussed employing the provision, but the gambit is likely to fail, given that Vice President Mike Pence reportedly opposes the move.

In a Twitter video Thursday evening, Trump acknowledged that he would depart the White House ahead of the inauguration, without mentioning President-elect Joe Biden by name, and disavowed the mob that broke into the Capitol.

“To those who engaged in the acts of violence and destruction, you do not represent our country. And to those who broke the law, you will pay,” Trump said in the prepared remarks. “A new administration will be inaugurated on January 20. My focus now turns to ensuring a smooth, orderly and seamless transition of power.”

Following the video’s release, Democratic leaders said they will continue to push Pence to invoke the 25th Amendment.

Democratic congressional leaders also threatened to pursue a historic second impeachment of Trump. Pelosi indicated Thursday afternoon that Democrats could proceed with impeachment as soon as Pence’s intentions are clear. Should the House move forward with impeachment, proceedings would likely begin directly on the House floor, as committees have not yet convened for the 117th Congress.

Impeachment proceedings will be difficult with the House not expected to reconvene until Monday and the Senate not scheduled to reconvene until Jan. 19, the day before Biden’s inauguration. It is also unclear how many Senate Republicans would support convicting Trump should the House impeach the president. Georgia Senators-elect Raphael Warnock and Jon Ossoff, whose victories clinched Democratic control of the Senate, are not expected to be sworn in before Jan. 15.

Dozens of House Democrats have already signed onto articles of impeachment organized by Rep. Ilhan Omar (D-MN). Judiciary Committee Chairman Jerry Nadler (D-NY) also expressed support for such proceedings. Omar tweeted Thursday night that she was hoping to introduce the articles as early as Friday, although Rep. Ted Lieu (D-CA), another co-leader of the effort, said the goal is Monday.

Sen. Lindsey Graham (R-SC), once one of the president’s closest congressional allies, criticized the president in a press conference on Wednesday. Graham said that while he opposed invoking the 25th Amendment, “if something else happens, all options would be on the table.”

The Hill also buzzed on Thursday with outrage at Capitol Police for failing to prevent rioters from breaching the building. One capitol police officer died Thursday evening of injuries inflicted by rioters on Wednesday. Capitol Police Chief Steven Sund announced his resignation, as did both Senate Sergeant at Arms Michael Stenger and House Sergeant at Arms Paul Irving.

Graham emphasized that, even though police “fail[ed] so miserably,” lawmakers nonetheless “dodged a major bullet yesterday” on Wednesday.