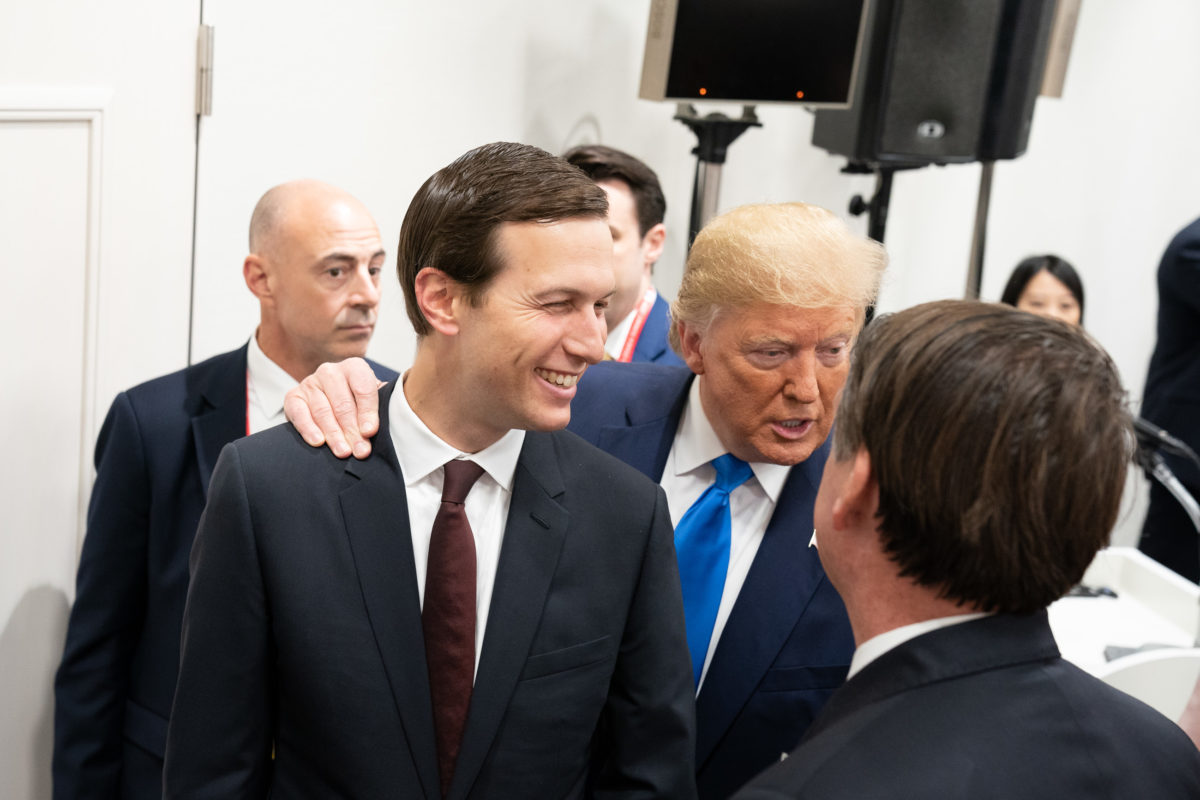 On Wednesday, Jared Kushner did something he had yet to do in the first four years of his White House role. The senior advisor and architect of the Abraham Accords addressed members of AIPAC for the first time, a White House official told Jewish Insider.

During the off-the-record webcast, Kushner discussed President Donald Trump’s vision for peace in the Middle East, the possible sale of arms to the United Arab Emirates and the administration’s policy on Iran, according to one attendee.

An AIPAC official confirmed that Kushner spoke as part of the group’s “ongoing speaker series” featuring administration officials, members of Congress from both parties and policy experts, “which is an opportunity to educate our activists about the U.S.-Israel relationship and prepare them for their advocacy.”

The relationship between AIPAC and Trump has been rocky at times, particularly following the pro-Israel group’s apology over Trump’s partisan off-script remarks during a speech — drafted by Kushner — at AIPAC’s policy conference ahead of the presidential election.

“AIPAC’s mea culpa displeased the Trump team and Kushner himself, and the episode seems unlikely to be forgotten by a president who is infamous for holding grudges,” Tablet’s Armin Rosen reported after Trump took office.

Since entering office, Trump has stayed away from AIPAC’s annual gathering. Instead, Vice President Mike Pence has been the administration’s keynote speaker at the event for the past four years.