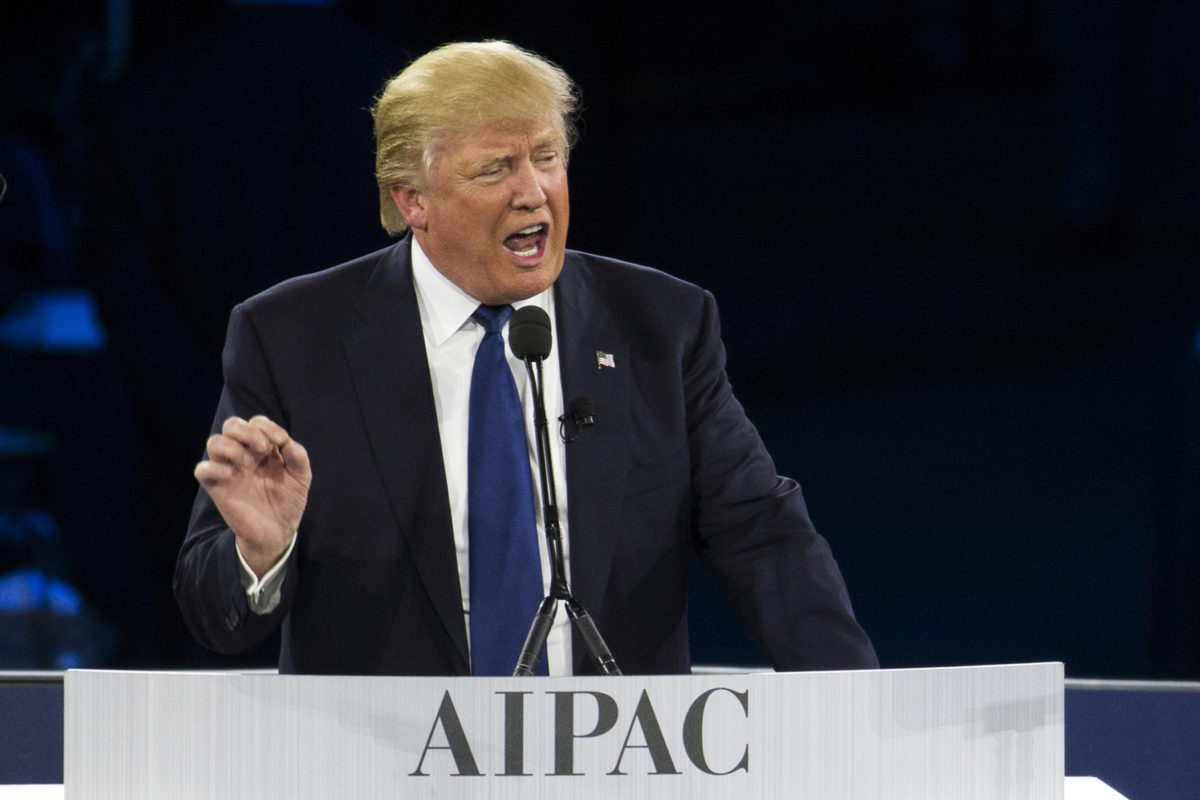 A day after hosting four of the five presidential candidates, AIPAC scolded Republican presidential frontrunner Donald Trump for his harsh statements about President Obama, and admonished the crowd for cheering on.

“Last evening, something occurred which has the potential to drive us apart. To divide us. We say unequivocally that we do not countenance ad hominem attacks, and we take great offense to those that are levied at the President of the United States of America from our stage,” AIPAC President Lillian Pinkus said as she was joined on stage by Board Chairman Bob Cohen, CEO Howard Kohr, and Vice Chief Executive Officer Richard Fishman on the last day of the annual policy conference. “While we may have policy differences, we deeply respect the office of the President of the United States and our president, Barack Obama. We are disappointed that so many people applauded a sentiment that we neither agree with nor condone.”

In his speech to the crowd Monday evening, Trump said that President Obama and former Secretary of State Hillary Clinton “may be the worst thing that ever happened to Israel.” The Republican presidential frontrunner drew loud applause and a standing ovation as he expressed joy that Obama is concluding his second term, exclaiming, “Yay!” at one point.