eye on the veep

Does AIPAC Prefer Pence Over Trump? 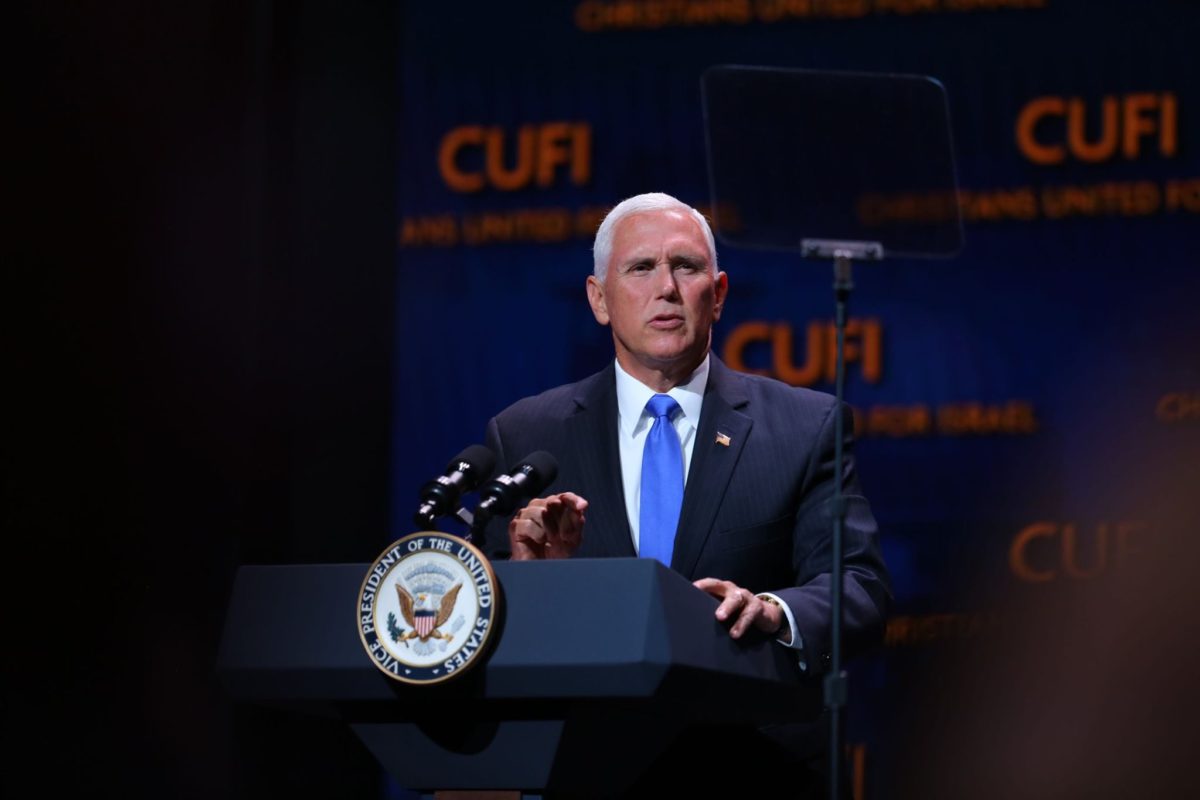 WASHINGTON – AIPAC confirmed on Friday that Vice President Mike Pence will be speaking at its annual Policy Conference in March. The pro-Israel group has remained mum about President Donald Trump implying, that unlike last year, the real estate mogul turned commander-in-chief is unlikely to attend this year’s gathering as well.

“I am not surprised that Pence is going. AIPAC always plays it very straight,” Matt Nosanchuk, a former White House Jewish liaison during the Obama administration, told Jewish Insider. “If the President would’ve wanted to go, I am sure — like last year — they would’ve welcomed him. But I also can tell you that not everybody would’ve welcomed him,” he added.

Last year, Trump delivered an impassioned speech at the conference calling for “dismantling” of the Iran deal and vowing to move the U.S. Embassy to Jerusalem. Then a candidate, Trump also used his time to lash out at President Barack Obama. “He may be the worst thing that ever happened to Israel,” while adding, “President Obama [is] in his final year — yay!” The remark received some applause from the packed crowd in Washington’s Verizon Center arena.

The next morning, AIPAC President Lillian Pinkus publicly apologized for the applause and rebuked Trump. “Last evening, something occurred which has the potential to drive us apart, to divide us. We say, unequivocally, that we do not countenance ad hominem attacks, and we take great offense against those that are levied against the president of the United States of America from our stage,” Pinkus explained.

“Every time Trump speaks there is a layer of unpredictability. There is no doubt of that,” Tevi Troy, deputy secretary of health and human services during the George W. Bush administration, explained to Jewish Insider. Troy added, “Look I think it makes sense for all involved. Pence has a long history of being very, very pro-Israel. I think if Pence speaks there still might be some people who want to protest, but I think if the AIPAC folks said we’ve got to treat the administration and the vice president with respect, then that would probably be heeded. But, I don’t think AIPAC is as confident that the same would happen if Trump were to speak.”

Other commentators emphasized that Trump not speaking at AIPAC is hardly unusual. Phil Rosen, a top GOP fundraiser and former foreign policy advisor to former presidential candidates Mitt Romney and Marco Rubio, noted in an interview, “The last time a U.S. president spoke at AIPAC was in 2012 when President Obama was running for reelection. There has not been a U.S. president speaking at AIPAC since that date and in fact, Vice President Biden and others spoke on his behalf.”

Josh Block, CEO of The Israel Project, echoed the same sentiment, adding that another meeting between Trump and Prime Minister Benjamin Netanyahu will also be making the headlines. Nonetheless, Block told Jewish Insider, “the fact that the White House is sending the next highest official — Vice President Pence, who was a strong leader on Israel-related issues in Congress and continued to be as governor of Indiana — is a sign from the White House to AIPAC and the pro-Israel community of the importance this administration attaches to the U.S.-Israel relationship.”

Troy added, “He is the president and he has a lot of competing obligations and offers. I bet Trump wasn’t thrilled with the way it worked out last time. AIPAC obviously had some issues. This is the best solution for everyone,”

“Pence is well known and trusted in the AIPAC community — I would expect him to further burnish his credentials,” Noam Neusner, former White House Jewish liaison in the George W. Bush administration, told Jewish Insider.