Mitch Silber, who also heads the New York Jewish Community Security Initiative, is facing calls for his course, Modern Urban Terrorism, to be canceled amid allegations of Islamophobia 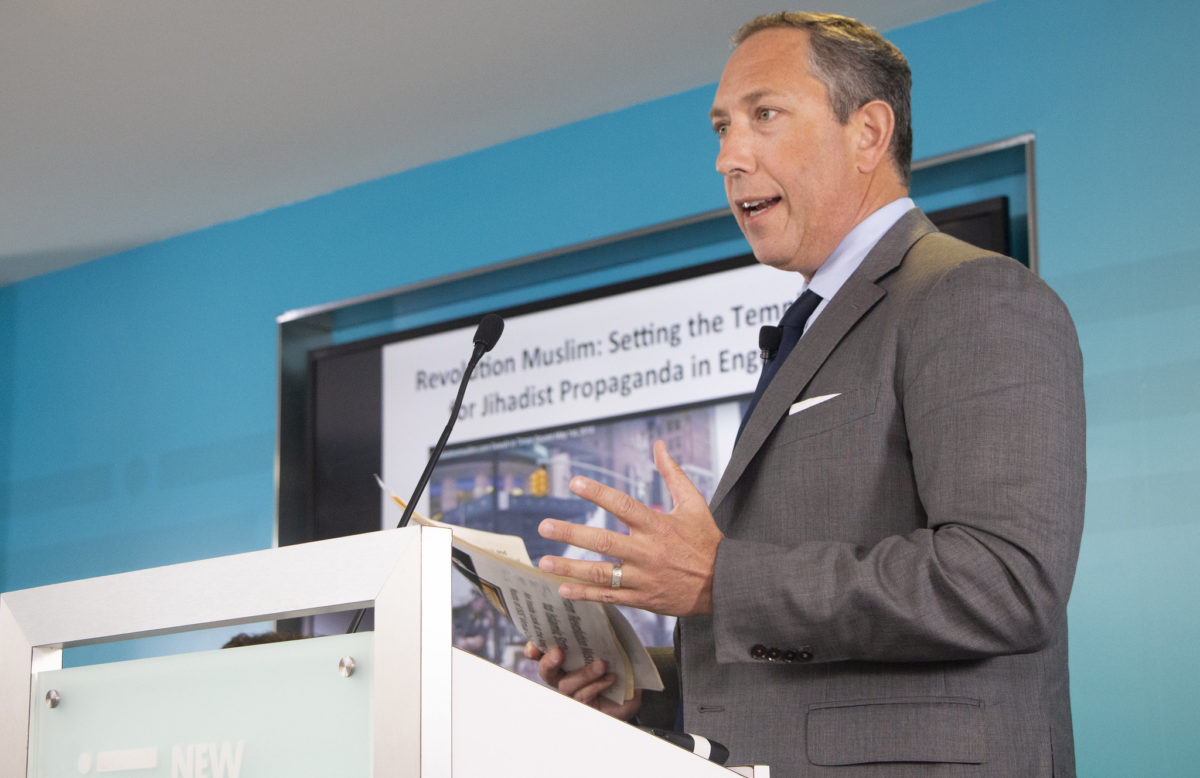 Students at Columbia University’s School of International and Public Affairs (SIPA) are rallying behind a professor facing calls for his dismissal as part of a list of demands sent to university administrators by student activists on the New York campus.

That document outlining student activists’s efforts called for curriculum changes and a restructuring of the school’s processes ranging from recruitment to financial aid. The document also called for Silber’s course, “Modern Urban Terrorism,” to be “cancelled forever, and that SIPA thoroughly investigate all courses and professors at SIPA to determine who has engaged in racist actions, perpetual racism in their courses, and are aligned with the NYPD.”

The document also alleges that “there are various deeply disturbing problems with this course specifically that it is aligned with the NYPD and it is extremely and violently Islamophobic, racist, unconstitutional, and imperialist.” The document notes a controversial 2007 NYPD report co-authored by Silber titled “Radicalization in the West: The Homegrown Threat.” The report had been cited by the Obama-era Justice Department but critiqued by the Brennan Center for Justice. The Brennan critique is one of the assigned readings in the course’s syllabus.

“I think the course made me question a lot of my own preconceptions, and it made me learn a lot about effective ways to counter terrorism,” a student who took the class and signed onto the letter of support told JI. “There were some eye-opening aspects of seeing how the consensus in the counterterrorism community is how important it is to promote religion.”

Columbia’s Committee on Instruction, the body made up of faculty and student representatives responsible for approving and canceling courses, programs and majors, has investigated the allegations through a combination of course material review and interviews with students. The committee is expected to issue a decision on Silber’s course in the coming days, though the decision ultimately lies with the school’s top administrators.

In the letter from Silber’s supporters, the students allege that the accusations made against Silber are unfounded, and note that none of the document’s authors have taken Silber’s class.

“Had they ever stepped foot in Silber’s classroom,” the students wrote, “the accusers would have found a discussion-based course, in which students were pushed to question and challenge preconceived notions of terrorism. Silber made it clear that the 12-week course in question did not cover every facet of terrorism that has existed worldwide over time. He had designed the course to mostly focus on militant Islamist terrorism due to the threat facing major cities from groups such as al-Qa’ida and ISIS following the 9/11 attacks on New York City. Professor Silber never suggested that the only form of terrorism is Islamist, and, in fact, we studied at length Jewish terrorists, the Irish Republican Army (IRA), radical European terrorist groups active against West Germany, Puerto Rican separatist terrorists, and more.”

The letter also noted that Silber had taught the course since 2008, and accused the communique’s authors of implying “that 300 students over a 12-year period would have willingly or unwittingly participated in a Monday night Islamophobia club.”

Officials from SIPA did not return a request for comment.