Amb. Dina Kawar warned that annexation “will kill any idea of peace” 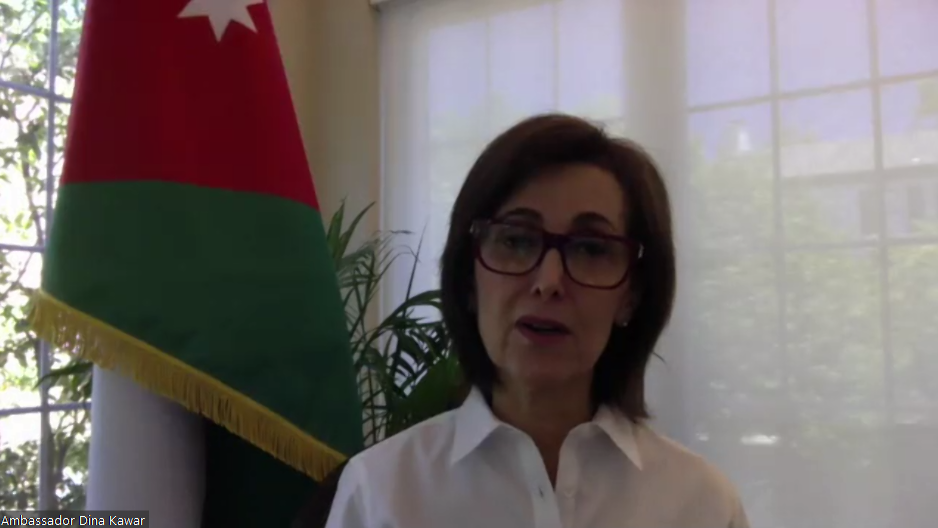 Jordan’s top official in Washington indicated on Monday that the Hashemite Kingdom would be forced to reassess its 1994 peace treaty with Israel should Israeli Prime Minister Benjamin Netanyahu move forward with plans to unilaterally annex portions of the West Bank.

“When we signed the treaty in 1994, the euphoria of peace, the trust that was existing then — the idea of this cooperation, between the Jordanians, the Palestinians and Israel — it was some beautiful dream that we had then,” Jordanian Ambassador to the United States Dina Kawar said during a webcast hosted by the American Jewish Committee. “And now, when you look [at] where we’re going, I ask myself, What for? Is it something that the Israelis want going towards this eventual situation? Is it something that we can impose on the Palestinians? And is it something that’s safe for us as Jordanians?”

Last month, Jordanian Prime Minister Omar al-Razzaz said that his government would “review all aspects of our relations with Israel” in the event the government begins to annex the territory.

Kawar said that annexation of the West Bank, which Netanyahu has said could happen as soon as next month, will have a devastating impact on the Palestinian economy and put the existing peace between Israel and Jordan in danger.

In addition, Kawar said, annexing the Jordan Valley “will kill any idea of peace, and any Palestinian state that comes after this takes place will become an enclave of Israel with no borders…[and] eventually become a de facto one state.”

The Jordanian ambassador added that annexing the Jordan Valley would deal a heavy blow to the Palestinian agricultural industry, destroy Palestinian tourism to the Dead Sea and shut down access to minerals on its shores, which, she said, would have a crushing effect on the economic livelihood of a future Palestinian state.