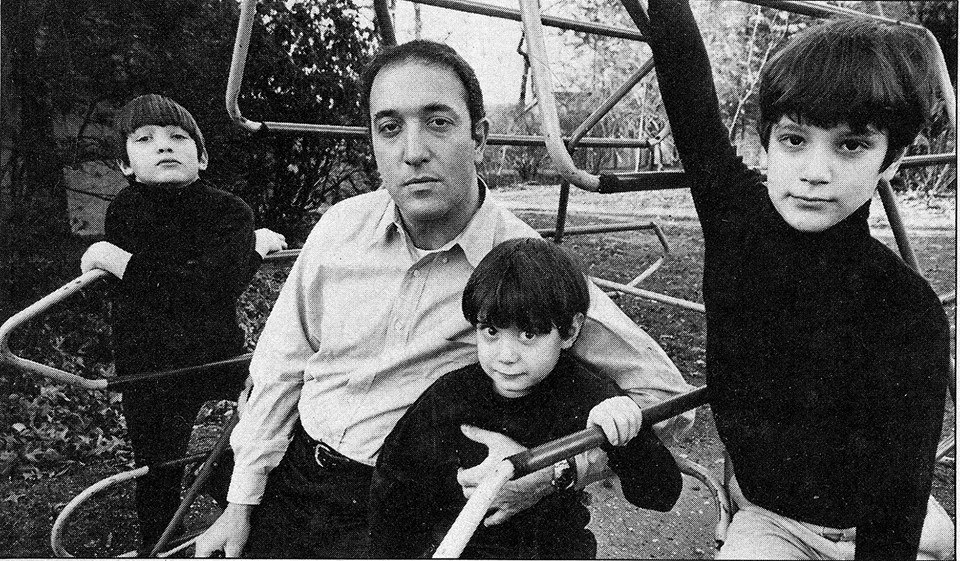 Drew Friedman was just a kid when his father first brought him to Elaine’s, the legendary Upper East Side bar and restaurant where celebrities rubbed elbows with literary types in a New York that no longer exists. “I’d be sitting around with these famous writers, or people like Frank Sinatra would come over to the table,” Friedman said. “I was a little intimidated.”

For the most part, though, such interactions were normal for the cartoonist, now 61, whose father, the acclaimed novelist, playwright and screenwriter Bruce Jay Friedman, died last week at age 90.

Bruce Jay was perhaps most well known for his screenplays. In the early 1980s, he wrote “Stir Crazy,” starring Gene Wilder and Richard Pryor, along with “Splash,” the hit romantic comedy featuring a young Tom Hanks alongside Daryl Hannah. But he came to prominence in the 1960s when he wrote a series of darkly comic fictional works that would bring him recognition beyond his station as a nine-to-five editor of men’s adventure magazines — and a seat at Elaine’s.

“He had just this incredible work ethic, which I picked up on early in my life,” Friedman, an accomplished illustrator who came to prominence in the 1990s as a caricaturist for The New York Observer, told Jewish Insider in an interview in which he reflected on his father’s life. “He’d come home and then spend time with us — with his sons and the family — then work at night.”

“That influenced me, because I never wanted to really go out and have a job,” said Friedman, who grew up on Long Island and now lives in rural eastern Pennsylvania. “He was my role model.”

As busy as his father was, Friedman recalled, he always made time for his kids. “He was just a great dad,” said Friedman, whose parents divorced in the 1970s. “He always had time for my brothers and I, as far as just playing catch in the backyard or taking us to amusement parks or taking us to horror movies over and over.”

For Friedman, the glitz of literary celebrity was a part of his quotidian childhood — his dad was friends with Terry Southern, Mario Puzo, Joseph Heller, David Newman and Kurt Vonnegut — though there were occasions when the thrill of being Bruce Jay Friedman’s son felt particularly thrilling.

Friedman recalled the time his father got into a fistfight with Norman Mailer, the pugnacious literary star — a dustup that sent his dad to the hospital for a tetanus shot.

“My brothers and I were proud of that — that he got into a fight with Norman Mailer at this Brooklyn party,” he said. “My dad was kind of embarrassed about it, he wasn’t proud of it. But you know, we felt like, our dad is so tough.”

He remembered the occasions when his dad brought him to Los Angeles to work on screenplays.

“He would just bring us along,” Friedman said. In the mid-’70s, he told JI, Bruce Jay got an invitation to Groucho Marx’s home and brought his kids along with him.

“I was sitting there with Groucho Marx in front of me,” Friedman said. “He was eating his lunch — cream chicken — and I was looking at him. At that time, I said, ‘I think I might be the luckiest kid on the planet in this moment.’”

Friedman said that his father was always supportive of his work, though he believes that Bruce Jay was a little confused by some of the earlier, more cutting-edge comic strips he illustrated.

In the 1990s, when Friedman became a rotating cover artist for the Observer — the knowing pink broadsheet read by the city’s elite cognoscenti —  it was a moment in their relationship when he could cast some of the glamour back onto his dad.

“He read it religiously every week,” Friedman said of his father’s devotion to the paper.

It was also exciting for Elaine Kaufman — the proprietor of Elaine’s, which closed in 2011 — who read the Observer too.

Years after his first visit to the famed hangout, Friedman became a semi-regular at the bar. “I think that really tickled him,” he said of his father.

Though Friedman didn’t read his dad’s work as a kid — he mostly studied the covers, he said, visually attuned as he was — he would come to appreciate the oeuvre. “Later on, I started reading his stuff and realizing like, well, you know, I think Dad is pretty good.”

Friedman said he didn’t have a favorite work, but loves his father’s first novel, Stern, as well as “A Change of Plan,” the short story published in 1966 that became a movie directed by Elaine May, written by Neil Simon and starring Charles Grodin and Cybill Shepherd.

The story, succinct and somewhat surreally composed, is about a man who embarks on a honeymoon with his new wife only to abandon her for a younger, more alluring girl he meets at the pool. The movie omits the story’s ingenious twist, though Friedman seemed to think that was a forgivable offense.

Bruce Jay came to be associated with black humor, though Friedman was resistant to the idea that it should define him.

“The term black humor — he was never comfortable with that, and I’m not either,” Friedman said. “I don’t see any blackness in it. I think he would go in directions, go in certain areas where it’s maybe a little off-limits, but he would go because he was an honest writer, and he didn’t edit himself.”

“It was more like honest humor, dealing with the world he was dealing with back then and the people he encountered,” Friedman told JI.

Bruce Jay, who lived in Brooklyn Heights and was married to Patricia O’Donohue, was more upbeat and sunny than his work may have let on. Though he suffered from neuropathy and couldn’t use his hands — even to type — he never complained, Friedman said.

“We thought we were losing him a few times over the last couple years.” he said. “But he had a zest for life.”

To the end, Friedman said, his father was an optimist.

“It should be part of his legacy,” he said. “Even with such a sad situation going on, it just never really affected him.”