Obituarists are busier than ever as pandemic takes its toll

'Death is one sentence in most obituaries... They are stories about people's lives, mini-biographies' 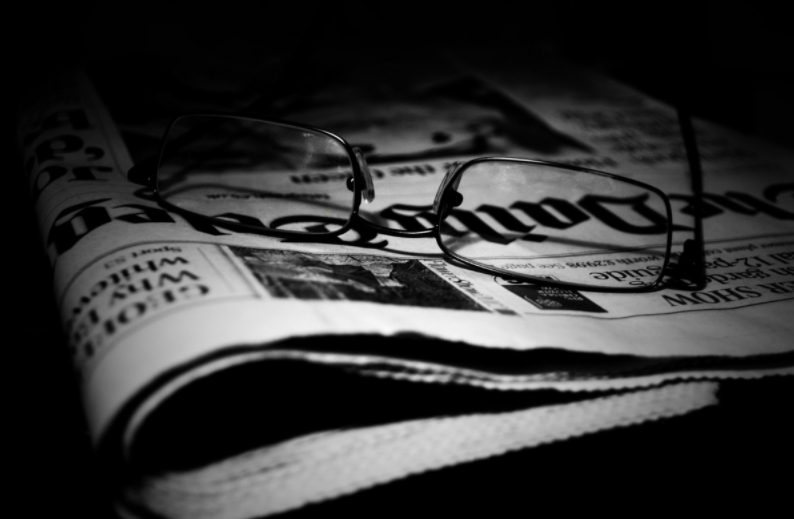 John Pope, who writes obituaries for the Times-Picayune in New Orleans, has been busier than usual amid the pandemic.

“It reminds me of the early days of AIDS when there were lots of deaths — except this time people aren’t being furtive about it, and it hits all sectors of the population,” Pope told Jewish Insider in a recent interview. “It’s depressing.”

He isn’t alone in that assessment. “I’m stunned at the number of people who are dying from the coronavirus, given 21st-century medical technology and the profound impact it has already had on our social, economic and political lives in ways that evoke a bad 1950s science-fiction movie,” said Sam Roberts, an obituaries reporter for The New York Times.

Obituarists are normally a hardened lot. But as the coronavirus takes its toll in the United States — having claimed more than 70,000 lives as of this writing — they have been overwhelmed by the grim reality of death.

And they are scrambling to keep up.

“The balance feels out of whack,” said Stephen Segal, director of content at Legacy.com, which hosts obituaries for the majority of American newspapers and publishes its own original pieces.

Legacy’s team of in-house writers would normally be publishing 45 to 50 national news obituaries a month this time of year, according to Segal. In April, however, the number was 85 — 34 of which were confirmed as victims of COVID-19, the disease caused by the coronavirus.

“This is definitely the busiest time in my five years of writing obituaries,” said Harrison Smith, who sits on the obits desk at The Washington Post.

Not all of Smith’s recent obituaries have been COVID-related, but he believes his increased caseload can still be attributed to the pandemic, as those who need medical care but are not sick from the coronavirus have been struggling to get proper help. “I’ve never had a stretch like this,” he said. “It just seems like there are more deaths than we’re used to.”

In addition to his breaking news duties, Smith said he had also been writing an inordinate number of advance obituaries as several high-profile figures have fallen ill. Fortunately, the Post hasn’t had to use them yet.

“An advance obit, in some instances, is like a kiss of life,” said Smith, who declined to name exactly who he had written about.

Loren Coleman, a cryptozoologist who has published thousands of obituaries on fringe figures such as U.F.O researchers and explorers, told JI that he had also been preoccupied lately composing advance obits — including one for a scientist in Russia who is more than 100 years old and another couple for some Bigfoot hunters in their 80s or 90s.

“I’m ready for anybody in the fields that I write about to die now,” he said stoically.

The Times, the Post and The Boston Globe, among other papers, have all assembled teams of reporters to write about those who have died but who wouldn’t normally be covered.

Ann Wroe, the Economist’s obituary editor, told JI that she was contemplating a similar approach — in a break from her usual habit of writing about well-known figures. “Somehow, I just feel that because everyone is in the same boat with this,” she reasoned, “we ought to acknowledge that it’s touching everyone in society.”

She was struggling, however, to find the right candidate, as she only publishes one obituary a week. “I was trying to do a London bus driver, but it’s so impossible to find out more than a few sentences let alone paragraphs unless you’re going to call the family,” she fretted, “and I really don’t like to call the family.”

James R. Hagerty, an obituarist for The Wall Street Journal who mostly covers business leaders, has also strayed from his beat, having recently written about a nursing assistant who died from the virus.

“It was a way to recognize people who deserve far more support and recognition,” he told JI.

Such obituaries carry an added significance as victims are dying alone and as funerals and memorial services are put on hold. “It’s a therapeutic experience for the families to talk about their loved ones and to put it in writing,” said David Jacobson, the founder of Chicago Jewish Funerals, who often writes obituaries on behalf of his clients.

It can also be therapeutic for obituarists — albeit somewhat perversely — who thrill to the prospect of a good story, no matter the context.

“Death is one sentence in most obituaries,” said Roberts, whose recent Times obituary for Madeline Kripke, an eccentric dictionary collector who died from the coronavirus, was a treat for readers despite the reason for its publication.

“They are stories about people’s lives, mini-biographies. They should reflect, for better or worse, what those lives were all about, and Ms. Kripke’s was a fascinating, idiosyncratic one that was worth retelling in full.”

“That’s the thing we just — pardon the expression — die for,” Pope, the author of a book of obituaries, Getting off at Elysian Fields, told JI.

“As painful as it is, it’s a privilege to get to tell these stories,” said Howard Reich, an arts critic for the Chicago Tribune who has been writing about COVID-related deaths in the jazz world. “Probably not until after we’re through with this wave of death will it really hit me how severe and tragic this is.”

It’s hard to find time for grief, after all, if you have to file.

“Generally speaking,” said Daniel E. Slotnik, an obituaries reporter for the Times, “when you’re on deadline and you’re writing a story, you don’t have the luxury of letting it get to you.”