talk of our nation 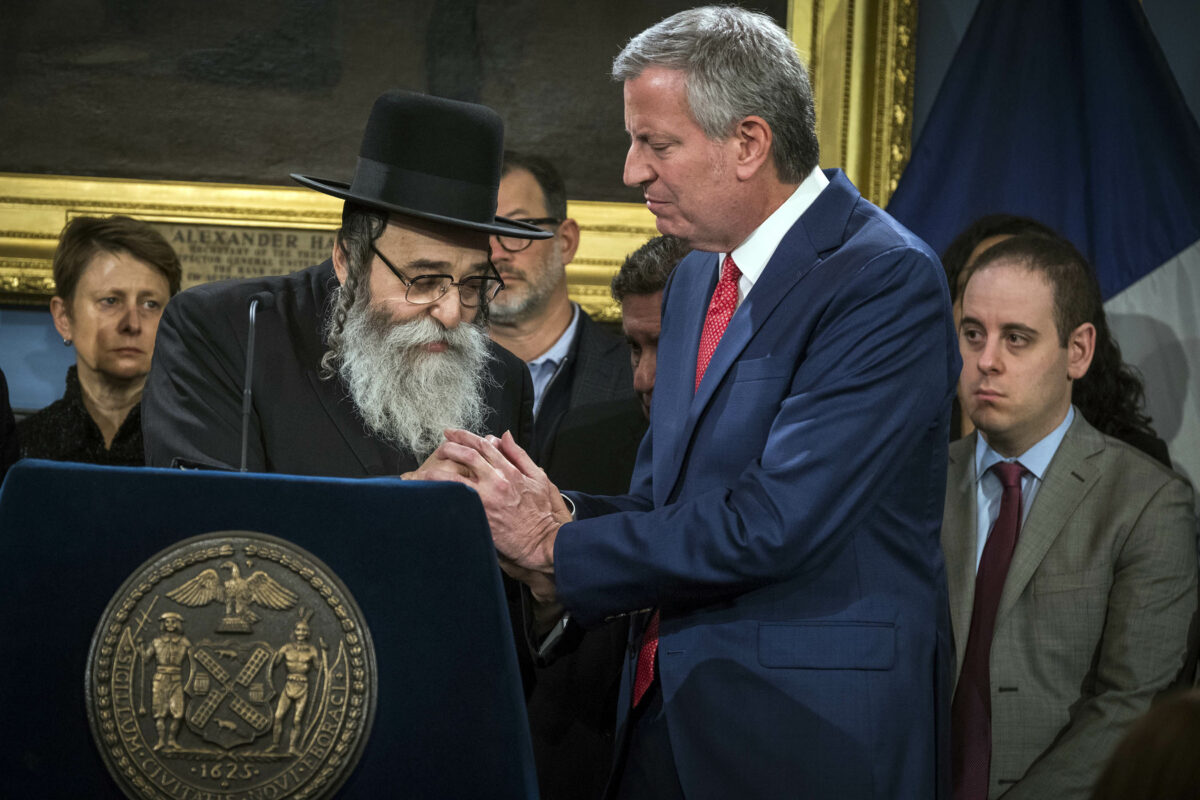 Elected leaders in New Jersey and New York sought to comfort and reassure a terror-stricken community on Wednesday following the deadly shooting at a Jersey City kosher supermarket on Tuesday. Authorities revealed yesterday that the shooters deliberately targeted the Jewish store, after antisemitic social media posts of one of the killers were discovered, and a pipe bomb and religious writings were found at the scene.

Safety first: At New York’s City Hall, Mayor Bill de Blasio acknowledged that members of the Jewish community “are now living in constant fear” amid an “extreme form of violence” reaching the doorstep of New York City. “Members of the Jewish community have told me they no longer feel comfortable wearing anything that is a symbol of their faith for fear of an attack.”

The mayor also announced the launch of a new unit within the New York Police Department, named REME, to identify signs of racially and ethnically motivated extremism before any attacks occur. New York Governor Andrew Cuomo directed state police to increase patrols and security around synagogues and Jewish establishments while the investigation is ongoing.

Rabbi David Niederman, a leader of the Satmar sect in Williamsburg, made an emotional plea to elected leaders to address the matter head-on, asking, “Are Jews safe in New York City? It seems that in the New York metropolitan area, they are not.”

Saying goodbye: Thousands of mourners turned out for the funerals last night of Leah Mindel Ferencz and Moshe Deutsch, two of the victims of the shooting attack, in Jersey City and Brooklyn, respectively. The third victim killed inside the supermarket was identified as Douglas Miguel Rodriguez, an employee of the store.

Writing on the wall: Councilman Chaim Deutch (D-Brooklyn), chair of the New York City Council’s Jewish caucus, pointed out that he has been sounding the alarm about a steady rise in antisemitic attacks for the last several years. “We have been told over and over again that we are being paranoid and we are making a big deal out of a small problem,” he tells JI. “Will this most recent attack be the wake-up call that the world needs to stop ignoring our plight and abandoning the Jewish community?”

Standing together: Rabbi Rick Jacobs, president of the Union for Reform Judaism, said in an interview with Jewish Insider: “We shouldn’t spend any more time debating whether it’s from the right or the left or the center or anyone in between, wherever it is we have to be clear as a Jewish community that we are not simply offended, but we’re wounded by attacks on any one of us. And if it’s unsafe to walk around Brooklyn or go to the grocery store in Jersey City, that’s a very serious issue for our entire community.”

Living in fear: Emma Green penned an article in The Atlantic titled “American Jews Are Terrified.” Green writes that the U.S. Jewish community lives in fear of antisemitism that stems from a wide range of sources. “It is impossible to name a single enemy responsible for the apparent recent spike of anti-Semitic incidents in the United States,” she wrote. “Jew hatred easily shape-shifts to fit the purposes of many ideologies.”