‘She’s feeling really confident about this,’ an individual close to the Stevens campaign told JI 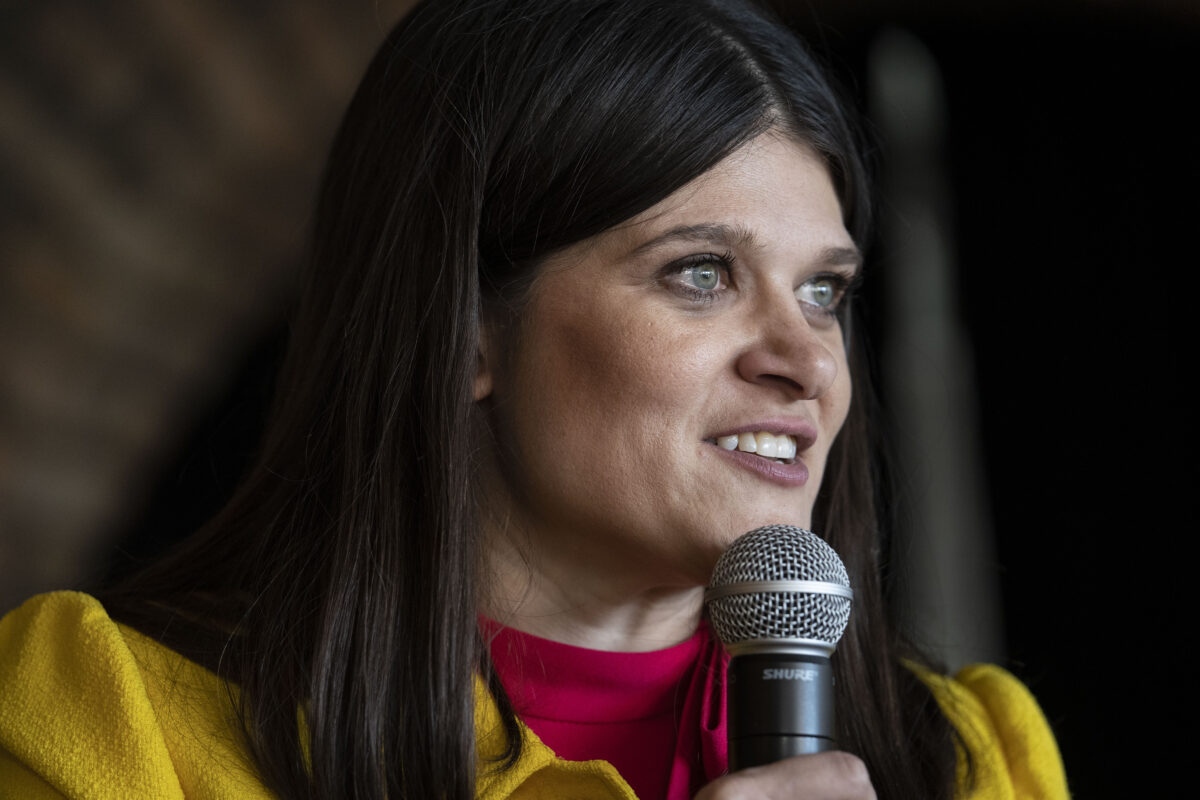 Rep. Haley Stevens (D-MI) speaks before Michigan Gov. Gretchen Whitmer at a rally at the Crofoot Ballroom on November 6, 2022 in Pontiac, Michigan.

Stabenow announced on Thursday morning that she will not run for reelection in 2024, opening up what is expected to be a competitive primary for both Democrats and Republicans for the swing state’s seat.

“[Stevens is] feeling really confident about this,” the individual added. They said that Stabenow’s announcement took the Stevens team by surprise, noting that the incumbent senator had previously told Democrats “unequivocally” that she would run for reelection.

The Michigan Democrat first won election to the House in 2018, flipping what had been a Republican-held district.

The individual said that Stevens has engaged Brian Stryker of Impact Research, who conducted polling for Michigan Gov. Gretchen Whitmer’s gubernatorial campaign, but no polling has been conducted yet.

However, they said that post-primary election polling showed Stevens has more than 90% name recognition in Wayne and Oakland counties — which encompass Detroit and deliver a significant amount of the state’s Democratic votes.

The individual added that they see the race as a “super level playing field” and “anyone’s game at this point,” noting that few, if any, prospective candidates have a preexisting war chest — Stevens spent during the general election to help elect other Democrats.

Stevens won her primary last year with significant support from the Detroit-area Jewish community as well as national pro-Israel groups, including AIPAC and its super PAC, the United Democracy Project. Israel policy became a major focus of the primary, with Stevens supporting a more mainstream line than former Rep. Andy Levin (D-MI), her progressive opponent.

Rep. Elissa Slotkin (D-MI), a Jewish Democrat from the Lansing area who previously worked as a CIA analyst and Defense Department official, is also reportedly considering a run. Slotkin, who chaired the Subcommittee on Intelligence and Counterterrorism of the House Homeland Security Committee in the last Congress, has also been vocal on issues of domestic hate and extremism.