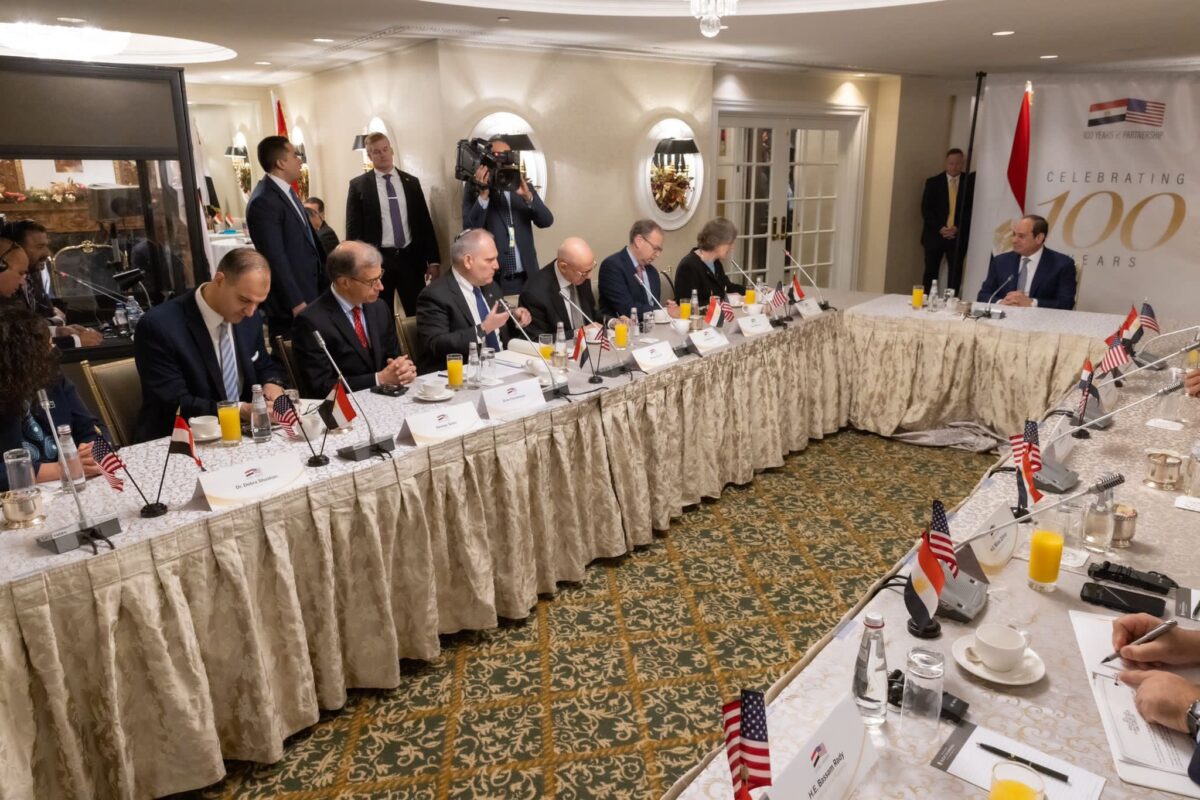 Leaders of American Jewish and pro-Israel groups met on Thursday for more than an hour and a half with Egyptian President Abdel Fattah el-Sissi on the heels of this week’s U.S.-Africa Leaders Summit in Washington.

The meeting, attended by representatives of the Conference of Presidents of Major American Jewish Organizations, the Anti-Defamation League, AIPAC, B’nai B’rith and J Street, was “an opportunity for President Sissi to underscore the importance” of both the U.S.-Egypt relationship and the trilateral U.S.-Egypt-Israel relationship, according to ADL Senior Vice President for National Affairs George Selim, who represented his organization at the meeting.

“We stated our unequivocal appreciation to President Sissi for his leadership in ensuring a safe, secure, and [stable] region,” Daroff said. “We also thanked him for safeguarding and enhancing the peace and security cooperation between Egypt and Israel.”

In addition to the trilateral relationship and regional security issues, Daroff said he had raised the cases of Israeli prisoners and the bodies of Israeli soldiers being held captive by Hamas in Gaza.

Daroff said he also noted that the Conference of Presidents has supported military and financial assistance to Egypt in conversations with the Biden administration and congressional leaders. Democratic lawmakers have sought for multiple years to increase conditions on U.S. aid to Egypt, although the administration has waived some of those conditions.

Selim told JI he raised the issue of rising global antisemitism, highlighting an ADL survey that showed that a third of Egyptians were unfamiliar with the Holocaust, asking “about his commitment to condemning antisemitism and also working to ensure that any type of antisemitic content in the curricula and taught in schools is roundly addressed by his administration.”

He said also urged the Egyptian leader to work to accelerate the approval of applications for a program designed to help establish additional churches in Egypt, after several were destroyed by the Muslim Brotherhood and make the program more transparent.

The ADL VP said that Sissi “reaffirmed his commitment to equality and religious pluralism in Egypt and making sure that the underlying sources of tensions between groups are appropriately addressed.”

AIPAC declined to comment on the meeting and J Street did not respond to a request for comment.