Kimberly Yee and Martin Quezada sparred at length over differing approaches to the Boycott, Divestment and Sanctions movement. 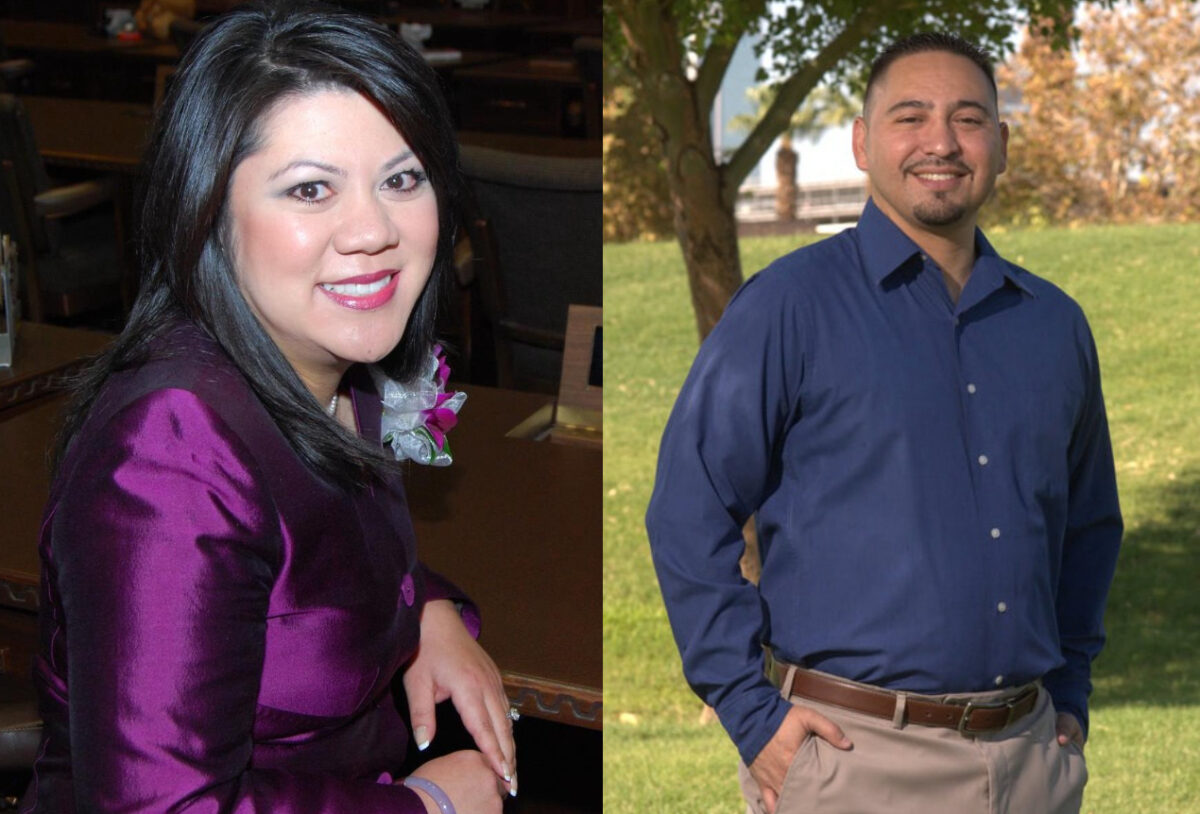 Israel and antisemitism were among the dominant subjects of Arizona’s heated state treasurer debate on Monday evening, where the two candidates sparred at length over differing approaches to the Boycott, Divestment and Sanctions movement.

Kimberly Yee, the Republican incumbent, wasted little time before accusing her Democratic opponent, state Sen. Martin Quezada, of “directly” aligning himself with BDS, which she has aggressively opposed as treasurer. The 48-year-old former state legislator cited a recent event where Quezada, 45, helped organize the screening of a 2021 documentary, “Boycott,” that takes a critical look at anti-BDS legislation, including a recently passed law in Arizona.

The controversial screening last month at the state Capitol in Phoenix was denounced by Republicans as well as a group of Democratic state lawmakers who, in a letter posted to Twitter, exhorted colleagues from both parties not to attend. The documentary, wrote state Reps. Alma and Daniel Hernandez, among others, is a piece of “anti-Israel propaganda” made to affirm the BDS “hate movement” and “promote public misunderstanding of anti-BDS laws that have been passed on a bipartisan basis.”

Yee echoed that assessment during the debate, which was sponsored by the nonpartisan Citizens Clean Elections Commission. “His own party believes he is too radical for this position,” she said of Quezada, arguing that the movie he had shown communicates a message of “antisemitism and discrimination against the people of Israel.”

Quezada, who has previously defended the screening, forcefully rejected such allegations on Monday night. “First of all, the antisemitism charge, flat-out wrong, and it’s ridiculous to even suggest that,” he said. “I am not antisemitic, hard stop, full period right there.”

The 30-minute debate was moderated by Ted Simons of Arizona PBS and Stacey Barchenger of The Arizona Republic, who, in a follow-up question, asked Quezada if he believed it was a good use of taxpayer dollars to air the documentary on Capitol grounds.

“Absolutely,” he said. “This goes to show that it is a political move to try to turn this into some sort of anti-Israel issue. It’s not. It wasn’t that at all. This was a film that examined the constitutionality of a bill that was just passed by the state legislature,” he reiterated. “As lawmakers, we need to understand the impact of the laws we pass. We need to understand laws that may come before us or proposals that may come before us in the future that mirror those laws.”

The Arizona state legislature approved its first anti-BDS legislation in 2016, barring companies that contract with state governments from participating in boycotts of Israel. It was subsequently blocked in federal court by a judge who deemed it was likely unconstitutional on free speech grounds. The bill was tweaked and signed into law in 2019 and upheld in federal court in 2020 following an appeal.

As treasurer, Yee has enforced the law to divest from Ben & Jerry’s parent company Unilever over the Vermont-based ice cream company’s decision last year to stop selling its products in what it called “Occupied Palestinian Territory.” In August, she notified Morningstar that its Environmental and Social Governance (ESG) rating system contravenes the state’s anti-BDS law, giving the investment firm 30 days to prove otherwise or be placed on a list of blacklisted companies.

The treasurer’s race in Arizona has kept a lower profile than other statewide contests for Senate, governor and secretary of state, where a range of extreme-right candidates have all faced scrutiny for using antisemitic rhetoric or associating with known antisemites. Yee, on the other hand, presents herself as a comparatively moderate Republican and does not appear to have drawn similar concerns.

Speaking at the debate, which also touched on ESG investments and other topics, Yee continued to cast Quezada’s approach to Israel as problematic. “Any time there is a pro-Israel statement or post on Twitter or a social media platform, my opponent will quickly note, hashtag, ‘free Palestine,’” she said, alluding to at least one past tweet. “It’s very clear that you do not support the people of Israel,” Yee said, addressing Quezada directly, “and that is antisemitic, it’s discriminatory and it’s wrong.”

During the May 2021 conflict between Israel and  Hamas in Gaza, Quezada retweeted a video of Rep. Rashida Tlaib (D-MI), encouraging his followers to “take 10 minutes” and listen to the Palestinian-American congresswoman’s floor speech in which she accused Israel of “ethnic cleaning” and “apartheid,” among other things. “And always ‘speak truth to power, even if your voice shakes,’” Quezada wrote, quoting Tlaib. “#FreePalestine.”

“In this state, we have laws protecting Israel, our friend and ally,” Yee said on Monday. “In fact, I have increased our investments in Israel bonds because I support Israel.”

But Yee herself faced some pushback from Simons, one of the moderators, for suggesting that her investment strategy was politically motivated, an approach she had rejected earlier in the debate. Simons, seeking clarification, asked whether it was instead the case that Yee had invested in Israel bonds because they bring a greater return on investment.

“Absolutely,” she replied. “First of all, we support companies that bring the highest return on the investment for the taxpayer, and so that is consistent with all of our investments.”