A coming deal might avert a violent conflict with Hezbollah, but it won’t do much else to improve ties between Israel and Lebanon 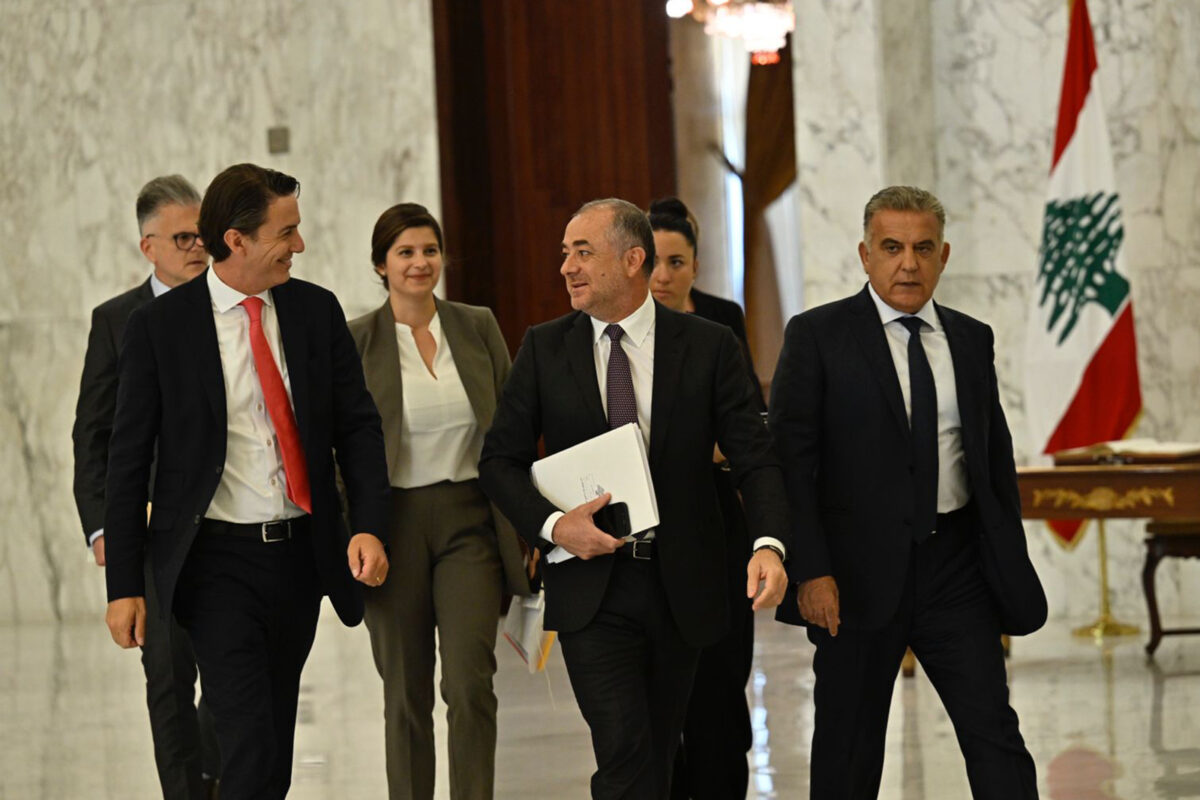 After months of shuttle diplomacy between Israel and Lebanon, the State Department’s senior advisor for energy security, Amos Hochstein, appears to be on the cusp of resolving the countries’ long-running maritime border dispute.

The contested border in the middle of the eastern Mediterranean Sea has garnered fewer international headlines than the pressing energy crisis facing Europe more than six months into Russia’s war against Ukraine. But for those in Israel and Lebanon, the maritime border issue is urgent: Israel is concerned about attacks from Hezbollah if an agreement isn’t reached, and Lebanon is in desperate need of the economic benefits that could come from the discovery of new natural gas fields off its coast. With just weeks before another Israeli parliamentary election and ahead of the expiration of Lebanese President Michal Aoun’s term, political uncertainty means the clock is ticking.

“There’s a real urgency to get it done, because you’ve got [Israeli Prime Minister Yair] Lapid who’s going out, perhaps,” said David Schenker, who led negotiations over the disputed border as assistant secretary of state for Near Eastern Affairs in the Trump administration. According to reports about the negotiations Hochstein is leading, Israel has reportedly given into some Lebanese demands that former Israeli Prime Minister Benjamin Netanyahu opposed when he was premier.

Both Jerusalem and Beirut lay claim to the same stretch of ocean on the countries’ maritime border with Cyprus. The question is where the border should be drawn delineating Israeli waters from Lebanese waters.

The issue took on a new urgency this summer when an Israeli-contracted vessel was sent to the disputed waters to develop the Karish gas field, prompting Hezbollah to threaten to use force to protect the area. In July, Israel intercepted three Hezbollah drones that were reportedly directed toward the gas field.

“There’s great concern in Israel that if the governments do not reach an agreement, then Hezbollah will have backed itself into a corner to have to launch missiles against Israel, and then once that happens, all bets are off,” said Daniel Silverberg, a former top foreign policy advisor to House Majority Leader Steny Hoyer (D-MD) who is now a managing director at Capstone, a policy and regulatory firm. “I think there’s a real concern that this could elevate into a far greater conflagration that would be to the detriment of both sides.”

Hochstein has not commented on the negotiations in recent weeks, and a State Department spokesperson told reporters on Thursday that there were “no updates” on the maritime agreement. But an account run by the office of Lebanon’s president tweeted on Monday that the country expects a written offer from Hochstein by the end of this week, Al-Arabiya reported.

Unresolved issues remain, including over a buffer zone sought by Israel for national security purposes. But the two sides appear close to reaching an agreement that both countries would accept, with Israel having made significant concessions.

“I think they want to get to a solution to solve one of their borders with Lebanon, and they’re willing to make concessions to do that. This would take away sort of one of the areas of friction between Israel and Lebanon,” said Schenker.

But a resolution to the maritime border dispute does not mean the two countries are closer to an agreement over another crucial point of contention: the land border between Israel and Lebanon known as the “Blue Line.” Nor would it resolve tensions between Israel and Hezbollah, the Iranian terror proxy that plays a decisive role in Lebanese domestic and international affairs.

“This is exactly the problem. It doesn’t relate to the broader Israeli-Lebanese dynamic, in the sense that both sides understand that this is not a normalization agreement or peace agreement. It is not going to create a new relationship between Israel and Lebanon or anything of the sort,” said Sarit Zehavi, an Israeli security analyst and the president of Alma, a research center focused on Israel’s northern border. “It will just enable us to get the gas out of the sea for both sides, which is very important for both sides.”

Having access to the natural gas fields in the disputed area would give Lebanon a new source of revenue at a time when the country, which is in the throes of a severe economic crisis, desperately needs it. Concerns remain about whether the money would benefit the Lebanese people, or whether it would disappear into the corrupt financial apparatus that led the country to the current crisis.

“The major knock on this is that this will provide more revenues to Lebanon that will go into government coffers where there’s no regulation of the funds. It won’t be transparent. There’s no sovereign wealth fund, and some of this money may end up in the hands of Hezbollah and its allies,” Schenker explained.

In an August call with Lapid, President Joe Biden “emphasized the importance” of ending the maritime border talks, according to a White House readout of the conversation. Hochstein and Biden have a close relationship stemming from Hochstein’s years serving as a senior foreign policy advisor to Biden when he was vice president.

“In the U.S., people don’t appreciate how serious this is, and how important it is that the U.S. has played such a vital role in averting a regional catastrophe,” Silverberg said. “I’d like to think that this negotiation puts to rest the canard that the U.S. is disengaged [in the Middle East] and that countries are looking elsewhere to solve problems when the chips are on the line.”