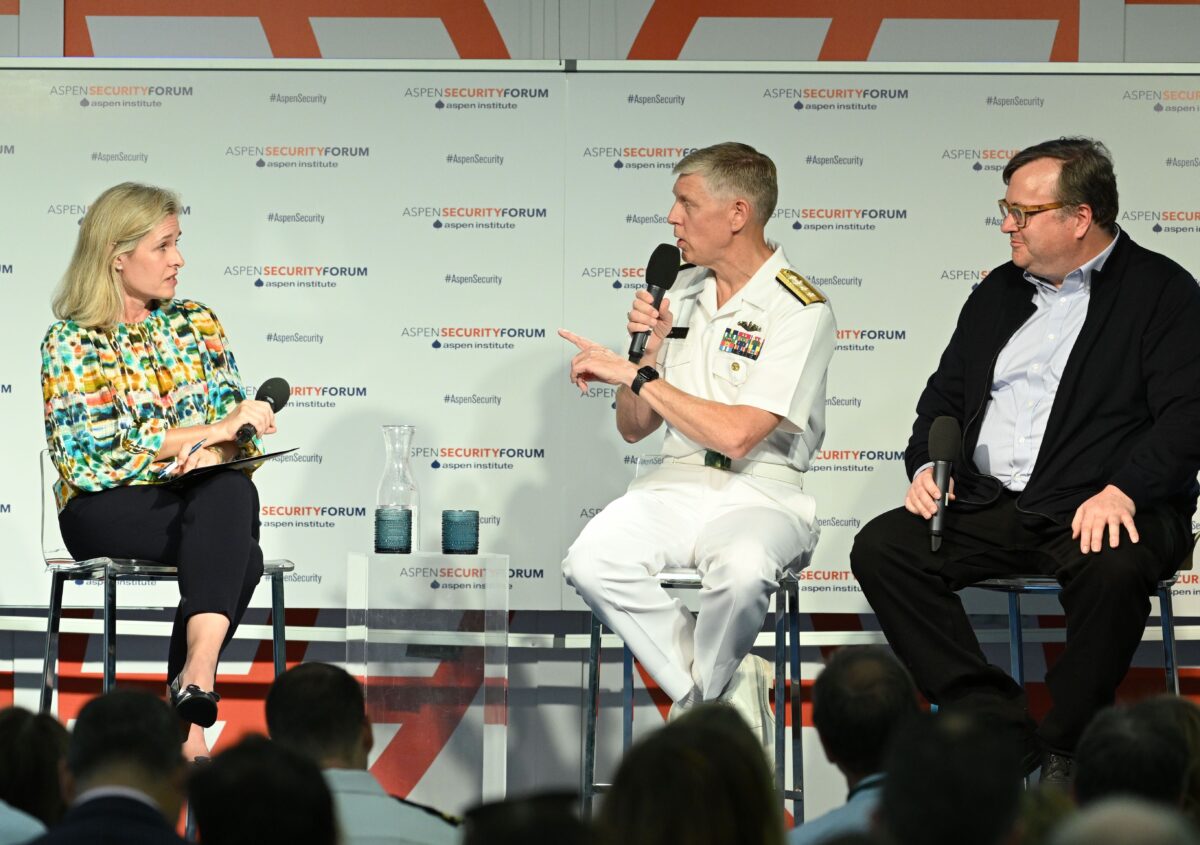 ASPEN, Colo. — Speaking at the Aspen Security Forum on Wednesday, LinkedIn co-founder Reid Hoffman pointed to Israel’s elite 8200 unit — a highly skilled tech unit within the IDF’s intelligence corps — as an example of how the U.S. could upgrade its military capabilities.

Hoffman spoke alongside Rear Adm. Lorin Selby, the Navy’s chief of naval research, at a panel titled “Turning the Titanic: Is the U.S. Military Innovating Enough?” that looked at the military’s ability to adapt to a changing technological and geopolitical environment.

“If I were focused on what we need, is we need like a digital ROTC, a West Point that’s equivalent to [a] kind of digital and software,” Hoffman said. “We need that going into a service, whether it’s modeled on, you know, Israeli 8200 unit or other kinds of things.”

“[Israel is] somewhat isolated. You’re in a challenging neighborhood,” Selby told JI following the panel conversation. “And you guys have figured out how to kind of internally turn out an innovation ecosystem…[Israel has] also figured out how to do that in the military.”

In response to a question about the U.S. ability to defend against hypersonic missiles that cited Israel’s newly developed Iron Beam laser-defense system, Selby highlighted the military’s efforts to work more closely with foreign allies.

“There’s a lot of appetite right now with particularly the United Kingdom and Australia for us to become interchangeable. OK? We’ve always talked about being interoperable. Interchangeable is like a step up. Interoperable, I can talk on the radio back and forth, might be able to give some tasking, but when I’m interchangeable, I can literally fly my quadcopter from [a] U.S. destroyer that goes out and does a mission. It goes in [and] lands on a British frigate. It can download all the data… I can read [a] task and recharge, it can fly off and do another mission and fly somewhere else that’s interchangeable.”